HomeAudienceCIOsAbout JBoss Application Server 7 and Goals for 2012: An Interview
CIOsDevelopersInterviews

About JBoss Application Server 7 and Goals for 2012: An Interview 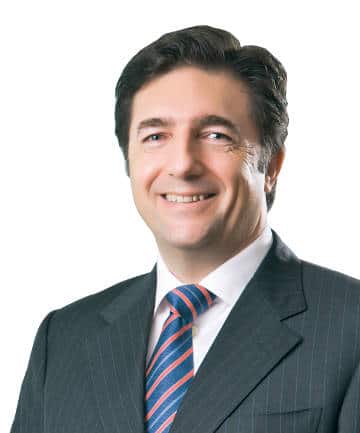 The JBoss’ Users and Developers Conference (JUDCon) was held in January at Bangalore, and featured discussions by top open source developers from around the world. Bruno Georges, currently heading Red Hat’s Enterprise Application Platforms Engineering group, shed light on the recently launched JBoss Application Server (AS) 7. Georges, along with Sudhir D, QE manager, Red Hat India, spoke about its new features, and about their views on the Indian open source community and market.

The team consists of open source developers, quality engineers, a documentation team and a translation group. The community develops the program upstream, jboss.org.

Later, we do a process called hardening, and the Enterprise Application Platform (EAP) comes into place here. The team also performs quality analysis, quality engineering, localisation, and documentation for the open source component. The hardening process continues if the certification is on different operating systems, hardware, and Java Virtual Machines (JVM).

Could you elaborate on the recently introduced JBoss AS 7?

JBoss AS 7 was launched in July 2011. Hence, 2012 is about making life easier for developers, and also for those in operations. Since operations require more manageable and scalable solutions, we have introduced some concepts and features into the new platforms. Some of the core features that stand out in the AS 7 version are its high speed, light weight, fast deployment, management operation-friendliness, and its productivity.

Why would a customer prefer JBoss 7 over other open source alternatives?

Red Hat has made a large investment to empower developers with everything they need to develop, deploy and deliver applications. JBoss AS 7 addresses developers’ concerns from tuning to projection — whether they want to deploy on the mobile, or on the cloud. That is why a developer would choose our platform. We also have an EE6 profile certification.

What led JBoss to the idea of AS 7?

In early 2009, we started discussing the future of JBoss 6 and JBoss AS. Since more buyers had been showing an interest in mobile and cloud computing, we wanted to change some aspects of JBoss AS to hit a different market. Towards the end of 2009, we started the first iteration of AS7, and started to work towards EE6 profile certifications. The first profile certified AS7.0 EE6 came out last year in July. The new AS 7, which was presented at the conference, focuses on developer productivity. Here, the developers did not just develop it, but deployed it towards the cloud and mobile applications. We aim to make such activities easier. We are currently working on the AS 7.1 release, which will be fully EE6 certified. It will be out in February, according to our schedule.

Do you provide JBoss 7 training in India?

Yes, in fact, India has the largest concentration of certifications that happen in the world. Certification is considered very important in the Indian market. We give direct training from JBoss, and the link redhat.com/training will have all the details. We also train through partners, and run certification courses from here. JetKing and IIHT are some of our largest partners.

What can users do if they do not want the bundled version of JBoss Operation Network (JON), but want to use the previous version?

JBoss with Management (JBoss Operation Network — JON and JBoss) is the ideal combination for any user. Of course, JBoss is available with and without management.

JBoss ON has been built on the upstream RHQ Project, and it came from the community. The project had many contributors from India. JBossON is the productised version that is bundled before the platform — like the solar platform, the enterprise application platform, etc. JBossON is the umbrella management for advanced management platforms for inventorying, administering, monitoring, and updating JBoss Enterprise Platform deployments. The RHQ is its open source version, which is available for free.

Please elaborate on the role of Red Hat’s presence in India.

Red Hat is present across major cities in India. We started engineering services in Pune in 2004, which focus on development, translation, software certification and localisation. In addition to this, we have a very strong investment in India for quality engineering, which also includes a team for JBoss Operations Network (JON), a quality engineering team across various cloud products.

We are growing beyond Pune now. We have acquired Gluster, a storage company in Bangalore. So we will now have a strong presence in this city, too, in terms of research and development at Gluster’s development centre here.

According to you, how active is the Indian open source community?

There is a strong sense of community that is catching up gradually among Indians. JUDCon had over 825 participants this year, and we saw a considerable number of comments coming from the Indian community. They have been exposed to many kinds of open source technology, and are aware of the choices they have. Considering that JUDCon and FUDCon were conducted in India for two consecutive years, it says a lot about how active the community is.

What are your expectations from the Indian open source community?

Any contribution in terms of development — as a user, for testing, or even identifying bugs — is valuable to us. The Indian community has often been the user community so far, but we see it slowly moving towards development and testing. For instance, two people I met at the conference today are interested in becoming contributors. They not only download and give feedback, but also contribute around translation, localisation, evangelisation and even by promoting, through different means, our project to build their own solutions.

The community is also growing in numbers. In fact, we had close to a million unique visitors to our website coming from India last year. This is an enormous number, and is second only to the US. The number of visitors has been increasing each year at a very rapid pace.

What are your suggestions to the Indian community?

Forums like JUDCon act as a catalyst in building a stronger community. We made ourselves available, and people came to us. This shows that the Indian community is interested in approaching the industry. We have explained how the process works, and people have actually been demanding longer and lot more interactive sessions.

We would like to encourage more conferences like JUDCon, where the community can interact directly, and get their queries answered. Conferences like these open up the forum for long-term contributors to interact with new contributors. People from the community who have worked together on features, but have not met directly, find an opportunity to connect. At the end of the conference, they have a face to relate to the names they are working with in the open source community.

How do you see India as a market?

India has a huge pool of intellectual talent that can use our technology, contribute to it, deliver new solutions to the market, and become competitive. The country is the hotbed of new technology — and so, this is where we are investing. We are also educating the market on how to work the open source way. There are developers and visitors who give us great feedback, and this makes us realise there are opportunities to do even better.