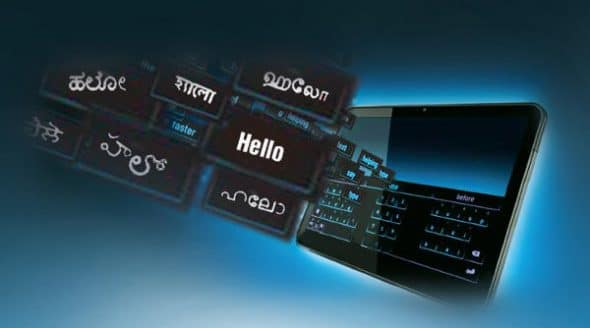 If you have ever tried to install an operating system, you will be greeted with several questions concerning the configuration of the system. It could be the location, which determines properties like the time zone, date format and the type of keyboard, and the support for additional languages. These settings also aid in the setting-up of software servers for updates. The technology behind this is called Localisation. It is also referred to as l10n, as there are ten letters between ‘l’ and ‘n’. For example, Ubuntu 11.04 was released with support for 60 languages.

The configuration of a computing device to enable usage in a language chosen by users, and in an environment familiar to them, is called Localisation. When computers were originally developed in the West, they only had support for English-speaking countries. As the use of computers increased worldwide, the need to operate the computer in a language of the user’s choice grew in importance. Suppliers had to adapt to this need by developing different versions of software and hardware. Even when hardware cannot be customised, software can be modified to support localisation needs.

The importance of localisation

While English has become the lingua franca of the international business world, there are over 6,909 languages used in the world, as per Lewis, M Paul (ed.), 2009, Ethnologue: Languages of the World, Sixteenth edition, Dallas, Texas. Huge populations are deprived of the full benefit of computing if the devices do not support their preferred languages. Without technology’s help, there is a danger that these languages could become extinct. When a language dies, the rich cultural heritage of a segment of the world population disappears. Hence, localisation is important.

More and more operating systems and application software are being localised. This is opening up employment opportunities too, for people skilled in languages and computers.

The history of localisation

The origins of localisation can be traced to translation, where a speech or written document is translated from one language to another. Once computing devices became common, there was need to organise and customise the translation for software environments. That’s how localisation was born. You can understand the growth of localisation with the example of the Debian distribution. The following table shows the Debian versions and their language support, with a steady increase in the number of languages.

While early localisers had to struggle with simple editors, specialised tools and platforms were later developed to support localisation.

Internationalisation is usually abbreviated to i18n (as there are 18 letters between the letters ‘i’ and ‘n’). It denotes the packaging of the strings used in software so that the corresponding strings from a user’s language can be deployed without impacting the functionality of the application. Apart from that, internationalisation is a set of practices followed by developers so that the application presents information and/or processes as per the expectations of the target users.

Localisation, for most common usage, is concerned with translating the menu strings and application messages to the users’ desired language. This requires a good knowledge of the target language, and a style guide for translation. For documentation localisation, a good command of the language and translation skills will also be needed.

As can be seen from the following chart (credit: laT_vicky CC-BY 3.0 Unported), localisation and internationalisation are closely interlinked, so work on both never ends. As long as software or the software environment changes, localisation work continues. This also explains why, while there are so many languages spoken in the world, localisation is limited to a smaller subset of them.

IndLinux: The earliest localisation initiatives in India were from IndLinux, a Free Software group. IndLinux was started by Prakash Advani and Venkatesh Hariharan in December 1999 as a portal. Linux Bangalore/2001 was the first event when Indian Free Software groups got together to share developments on localisation. At Linux/Bangalore 2002, GNOME in Hindi was demonstrated. Various teams working with other Indian languages contributed to other language versions of GNOME, which resulted in the release of Rangoli 1.0 beta in 2005, supporting several languages. Other teams brought out language-specific Linux distributions around the same time. The language support became part of mainstream distributions like Fedora, Debian and Ubuntu over the years. When Ubuntu 11.04 was released on April 28, 2011, it included boot-time local support for the following Indian languages apart from English: Bengali, Gujarati, Hindi, Kannada, Malayalam, Marathi, Nepali, Tamil and Telugu.

FUEL: Frequently Used Entries for Localisation (FUEL) was initiated by Rajesh Ranjan to improve the quality of localisation, by standardising the translations for most common words or phrases. Twelve languages have been part of the initiative.

Microsoft’s initiative: Windows 7 has been released with support for 95 languages. For Indian languages, Microsoft has a language portal called BhashaIndia, through which it enables users of its products to participate in localisation.

Through this series of articles, I aim to provide information on various localisation platforms and tools, which can help readers to become active contributors in improving the language support for their preferred languages. I would appreciate your feedback at arjunaraoc_at_ieee.org.