A credit-card sized computer with good capabilities at $25 is definitely amazing. Raspberry Pi is a trend-setting device. You may or may not like it, but you certainly cannot ignore it. Many small-sized computers have come into the market in the past, but none have made such an impact. The makers of Raspberry Pi chose Linux as the operating system for a reason. Apart from keeping the cost down, the very purpose of making such a device—to encourage programming amongst students—could be achieved only with Linux.

Diksha P Gupta from LINUX For You caught up with Eben Upton, executive director, Raspberry Pi Foundation, to discuss the concept, price, market and every thing else related to the computer. Read on…

What made you think of a device like Raspberry Pi?

I was working for the University of Cambridge back in 2005-06. One of my jobs was to find high school students to come and study computer science at the university. A few of us noticed that the number of students opting for computer science was declining year after year, and their knowledge level was also declining simultaneously.  The students were bright but had less experience. So we had to spend more time to give them that experience after they joined the university. The challenge was to make them ready for the job or to do a Ph.D., which requires a lot of experience. This generation is not familiar with the programming bit. The root cause is the rise of home PCs and gaming consoles that have replaced the programming machines we used in the 1980s. We used machines like BBC Micros, Amigas and Spectrum ZX, with which we learnt how to program. I used to program on my own because those machines tempted me into programming. I do not see much of that happening now. This is where we felt the need for a machine that was similar to what we used and which would prompt students to program on their own. We wanted to bring out a cost-friendly yet powerful device. That’s how we came up with Raspberry Pi.

But why such a small device and why Linux?

Frankly, we were very driven by cost. Given that, we couldn’t add too much onto the device and that allowed us to make it small. Also, making a small device reduces the cost because the PCB is smaller and cheaper. If the PCB is smaller, the manufacturing capacity also increases. So, if you could manufacture one large computer at a given time in a panel, you can now make 10 pieces of the Raspberry Pi in a panel. This reduces the manufacturing cost in a big way.

We wanted to make a product and driver with an emphasis on low-cost. Linux was chosen for the same reason. Linux was the most cost-friendly option. If I was to design a $400 PC, I could have justified a Windows licence costing $50. But we were making a PC worth just $25; we could have not justified that. More importantly, Linux addresses the issue of making a machine better. An operating system is to make the user understand how the machine works. With the availability of the source code, Linux serves the purpose better. Linux is free—both from cost and source code perspectives. This freedom is really important from the education stand point.

Did you decide the cost of the device before you started designing Raspberry Pi?

Yes. We chose the price point before we started designing the machine. We had some early prototypes ready but they didn’t really meet our requirements. The feeling was that $25 could be the price of a text book. If you ask a student to purchase a special machine, those from the developed world may be able to afford a $100 PC especially to learn programming. But it is certainly difficult for students from other parts of the world. So for those students, a $25 device is absolutely apt and affordable.

Did you conduct any survey before you made Raspberry Pi?

No, we did not conduct a survey for this one. It may sound crazy but we did not do any market research. We just thought of making a few computers that people may be interested in buying.

How did you get the name Raspberry Pi?

The name actually is an interesting mix. If you recall the old days of microcomputers, there was a fruit-naming tradition like Acron, Tangerine Computer Systems or Apricot Computers. Raspberry is a reference to that tradition. Pi was used because originally we wanted to produce a computer that could only run Python. So Pi is derived from Python. We began making Raspberry Pi but we ended up making the device much more capable than what we had originally thought of.

There are several alternatives to Raspberry Pi available in the market right now. What is your take on them?

First of all, all the devices termed as alternatives to Raspberry Pi tend to be more expensive. No one has made a device at the same price point as ours. To the best of my knowledge, they are also less powerful when compared to the Raspberry Pi. We have a lot of competitors who are more expensive and less efficient than us. All are based on Chinese APIs, so they tend to be low-performance devices. Having said that, we don’t really mind people making low-cost devices because we are not for profit and none of us are going to get rich. But as of now, we do not see anyone measuring up to what Raspberry Pi has achieved in terms of performance and cost.

So you are not insecure about these devices?

I think we are doing okay. We are doing a lot of volumes. I think the device we offer is more powerful from a multimedia standpoint as compared to the others. We are starting to build a community now and we hope to see a good future.

Which of the available devices is your closest competition?

The one I would find interesting would be with a high performance. So, I can think of three classes of competitors. First, the devices that are priced around $60-70 are generally based on Chinese APIs. I don’t find them better because they are more expensive than ours. Then there are devices which are much more expensive than ours and better in performance, like the Beagleboard. It is three to four times more expensive than the Raspberry Pi. The one that I really find interesting is Odroid, which is priced at around $130. It is powered by an Exynos4412 Cortex-A9 Quad Core processor. It is an interesting device because it does things we can’t do, unlike the other devices we are competing with.

How many pieces of Rasberry Pi do you aim to ship?

I think shipping 50,000 pieces of the device monthly would be fine but we aspire to reach the level of 100,000 pieces.

But if we look at the current demand for Raspberry Pi, you are not able to meet it. Why have shipments got delayed?

I think we are very close to meeting the demand and completing the orders. One of our two distributors made the Raspberry Pi delivery in August. So I think we are able to catch up with the demand. Very soon, we will be able to not only meet the demand but also create a back-up of the stock.

What features do you think are missing in Raspberry Pi just because it is a low-cost device?

The one feature that I think could have increased the adoption and popularity of Raspberry Pi is Wi-Fi. Regarding the rest of it, I think Raspberry Pi is a good package as compared to the others. We have good interfacing capabilities. It can have good accelerated multimedia capabilities, which many of these devices offer. Another thing that I really find missing in Raspberry Pi is a camera. If I ever go for a new interface, I would add a camera to it, for sure.

What is the Raspberry Pi summer code contest that you have announced?

This contest is for students. I think students should be taught coding not only to get into a job but to program their own machines. They should be given some incentives to get into programming. It is a high-frequency competition. The idea is to provide an opportunity where children are motivated to program. We want students from all parts of the world to participate in this and we are hopeful that we will see some very good apps coming out. The contest is just for students.

Can you provide the software details of Raspberry Pi?

Currently we run Debian Linux. Actually, we run a version of Debian Linux called Raspbian, which is customised for the Raspberry Pi. Raspbian introduces more comprehensive support for floating point operations. This is the result of an enormous amount of hard work by the team over the past couple of months and replaces the existing Debian squeeze image.

Small-sized computers and low-cost tablets have become a rage. What is the minimum investment required to develop a proper computing device?

A wireless mini PCI adapter is the essential way to provide your PC with a fast, reliable internet.

How do you see India as a market for Raspberry Pi?

India is a really important market for a device like Raspberry Pi. Indians have recently shown a lot of interest in low-cost computing devices and Raspberry Pi can be a great alternative for those who want to have a good computing device. Not only in India, but in all the developing nations where computing amongst students is still to be made popular. We have kept such a low price-point only to make the device popular amongst the students and to encourage programming amongst them. I am sure Indian students will like the product.

Do you plan to join hands with the Indian government to take the product to schools?

We have not gone ahead to discuss this so far. But the Raspberry Pi Foundation would not mind if the government in India finds our device exciting enough to give it to their students. We are open to work on such lines. 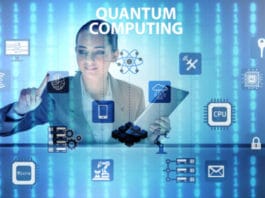 The Cloud is a Great Platform for Quantum Computing 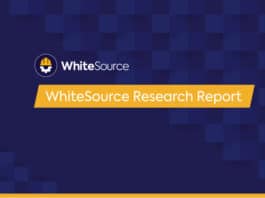