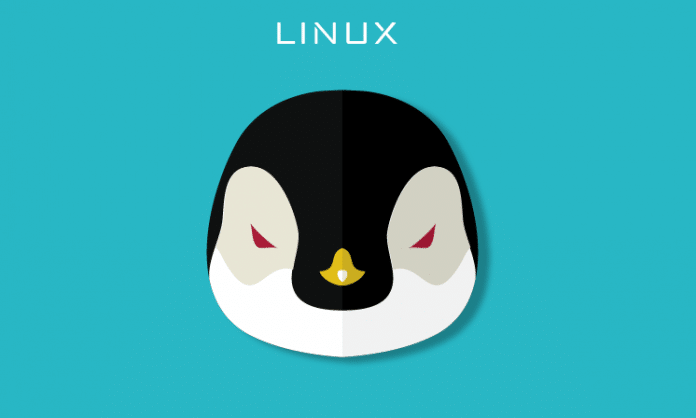 For resource-conscious Linux users, Crunchbang Linux is the right flavour. It is a Debian-based GNU/Linux distro that uses the nimble Openbox window manager, with pre-installed apps chosen for minimum load on system resources. Yet, it provides vast functionality, right out-of-the-box. This review comes along with a short how-to for installing  it on Apple hardware.

Lately, there has been a lot of talk about Crunchbang Linux in the FOSS community regarding its robustness, stability, and how productive it enables people to be. Some emphasise its Debian roots; though until version 9 it was based on Ubuntu. From version 10 a.k.a. Slatter, and the testing releases of version 11 Waldorf, the distribution’s base  switched to Debian 6 (Squeeze) and the testing version of Debian 7 (Wheezy), respectively.

Let’s give it a test run. The project’s website http://www.crunchbang.org/ provides ISO images for the stable (ver 10) and testing (11) releases, both for direct downloads or via BitTorrent. I went for version 11 (Waldorf). I wanted to make a bootable USB flash drive, but UNetBootin failed to create a working image, so I used the method recommended by the official installation guide use the dd utility found in almost all modern Linux distros. A single Google search led to a thread in the forums (which are very helpful). It described the process, with the exact commands to use. Note that this completely erases and overwrites your flash drive; so back up any data you want from the drive before you do this. Replace the path /home/aditya/downloads/crunchbang11.iso with the path to the ISO on your system, and sdb with your system’s device node for your USB drive. Note that the image is not to be written to a partition of the flash drive (e.g., sdb1) but to the drive itself (e.g., sdb ). Here’s the command I ran:

Note: Although I have tried these steps and installed all software I recommend, and have found that it has in no way damaged anything on my Mac, I take no responsibility for any data or material loss, although there is absolutely no risk if the instructions are carried out properly.

Installation was pretty straight-forward; i.e., graphical, like many mainstream distros. Partitioning the hard disk was simple with GParted. The installation took almost eight minutes, which is reasonable for a standard 5400 rpm hard drive.
The default desktop (Figure 1) is a hybrid of Openbox and XFCE with Conky and Tint2 panels, and effectively conveys the distros nature functional minimalism. The default open source X.Org drivers supported my AMD-ATI and NVIDIA GeForce video cards well enough to play 3D games like Armagetron. All hardware on my Macbook Pro 7, ThinkPad x120e and ThinkPad x220 are supported out-of-the-box.

Right after the first boot, you are presented with a script (Figure 2) to install LibreOffice, printer support, Java and LAMP tools, with other Debian development packages. The script also offers the following commands:

The script is quite a nice feature.
Moving on to default applications, VLC is the media player no codecs problems so almost all media formats work. We have Thunar for file management and Terminator for the terminal emulator.
Chromium is the default browser, Abiword the word processor and GNumeric is for spreadsheets. GCC and the basic GNU tool-chain are included, which is appreciated by all programmers. Plus we have Python 2.7, and Geany for the text editor or the IDE just right for minimalists. There’s the (non-free but very precise) ANSI art software, Figlet, with the usual geek amusement trio: Fortune, Cowsay and Cowthink.
The system is as stable as any OS could be although it’s labelled testing, it is quite stable compared to Ubuntu. In my own experience, I never had a single crash on any of my laptops. After using Crunchbang, my feeling about it tends towards evangelism; it is addictive because of its minimalism and simplicity.
Verdict
The pros:
Great set of default applications.
Great hardware compatibility out-of-the-box.
Very light on system resources.
The cons:
No eye-candy.
No icons on the desktop (GNOME users will find this annoying).
No email client by default (although IceDove, the unbranded version of Mozilla Thunderbird can be quickly installed from Debian repos using the Synaptic package manager).
Crunchbang is a distro for people who want something in between the Xubuntu and a Debian install with an Openbox environment. If you are a minimalist who is addicted to Debian, then this is the distro of choice for you.
Note: Crunchbang may take about 10 minutes for the first two to three boots, but after that, it is under two minutes always.

Installation on the Intel Apple Mac
(dual-boot with OS X)
Here are the steps:
Click the diskutility.app icon in the utilities folder in Applications and resize your OS X partition according to your needs. Warning: just resize the partition do not create a new partition, else you will lose all data on your OS X partition. Leave the hard disk space other than your OS X partition as free space.
Download and install refit.dmg from www.refit.sourceforge.net on your internal hard drive.
Reboot thrice. This is required as the MBR table of the apple EFI interface is stored in the R.O.M chips and it takes three attempts  to successfully rewrite data to the P.R.O.M.
Note: Don’t panic if, when you select your Linux partition, you see a white screen with Tux sitting in the centre this is supposed to happen. This screen may seem to be stuck, but it is a front-end for the Linux kernels pre-bootstrapping processes, so don’t worry; let it take its time.

Install Crunchbang; when the disk partitioning options come up, click the Use Largest Free Space Available and then install the system. Ensure you select the GRUB (bootloader) destination as the /boot partition, and NOT the MBR, else your Mac will be unbootable, and will require a rescue boot with the Mac OS X Install DVD.
While rebooting, you will see the Refit boot sequence screen. From it, select the partition utility, which is the second icon from the left in the second row of small icons. It will suggest synchronising the boot sequence list or the gpt partition table; pressy and then <Return> and if all goes well, you will be redirected to the refit screen. You will now be able to boot into your new Crunchbang install on your Mac just select the Linux partitions icon.