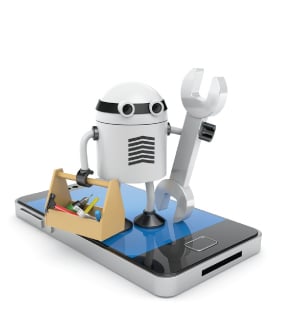 In an earlier article (June 2012), I discussed the advantages of rooting your Android phones and flashing with custom ROMs. This article lists what I consider the top 10 custom Android ROMs for the Samsung Galaxy S3 and other devices.

With the current availability of advanced quad-core devices, and the immense customisation capabilities built in with Android ICS and Jelly Bean, the ROMing scene has shot up in popularity, with almost every enthusiast with just basic technical skills trying ROMs like CyanogenMod. It now seems plausible that in a few years, things might turn out to be like the Linux community, where innumerable distributions are available; the only limiting factor being the fact that ROMs are specific to the smartphone hardware that they are built for. Actually, this is all that prevents someone from building a website like Distrowatch for Android.

In order to get an insight into the Android community, we need to narrow down our search for ROMs of a specific device. Since the Samsung Galaxy S3 is one of the best and the most popular devices yet, let’s look at what we can find to customise this smartphone. Many developers support more than one device, and you’ll find that this will be loosely relevant to your smartphone too. Custom ROMs for the Galaxy S3 are available in many broad categories. The most popular ones are:

Samsung-based ROMs: These are the ROMs based on the official Samsung stock ROM. These types usually provide Touchwiz-specific features like the new Multiwindow, Motion, S Voice, etc. Though the major focus is to remove bloat and add tweaks, users have a choice between many different configurations in different ROMs.

AOSP ROMs: These are based on the Android Open Source Project, i.e., they depend on the official Android sources and provide tweaks and customisations along with a vanilla Android experience, which most users crave.

MIUI ROMs: These are based on a version of Android developed by the Chinese Xiaomi Corporation and are well known for their heavy UI customisation abilities and beautiful interfaces, along with robust theming support.

AOKP ROMs: Technically, AOKP is an AOSP ROM itself, but it has become so popular lately that it has evolved into a category of its own, where most ROMs are based on the AOKP source code. It does provide a lot of features and customisation on top of the AOSP ROMs.

Cyanogen ROMs: Most ROMs these days are built on top of customisation done by CyanogenMod, so it would be safe to categorise them as Cyanogen ROMs.

There are literally hundreds of different ROMs available for Android. And this is in no way a listing of the best; rather, just an indication of the more popular onesand that, too, will change from time to time. Custom ROMs like these usually get very frequent updates and have many active developers working on them daily. So, while one ROM might be more popular for a period of time, modders and hackers tend to jump ship as and when new attractive features are available on competing ROMs.

CyanogenMod is usually first on the list for people new to flashing ROMs, mainly because it supports a huge number of old and new devices, and also because it has got wonderful community support in the form of dedicated forums, IRC and a Wiki. Most users flash the latest nightlies (available every night), in order to get the absolute latest in Android development. The CyanogenMod 10.1- nightlies-, for example, are available for selective devices like the Galaxy S3, and are built off the Android 4.2.1 AOSP code. These are generally considered to be less stable and may or may not work for your daily purposes, as some feature or the other might be broken, depending on which nightly you download.

The MIUI ROM, as discussed earlier, is popular primarily with those who like to customise the look of their phones with fancy lock screens and innumerable tweaks to the Android interfacewhich make you forget you are using Android. Though the ROM itself is not open source, it is popular among users who say it looks a bit like the iOS interface, due to the initial lack of an app drawer. This is also the very reason it is criticised, but it sure does bring some very important innovations, which are soon going to be open source, according to a recent announcement.

FoxHound is a Samsung ROM specific to the Galaxy S3, which is based on the latest stable Jelly Bean sources. It offers you the latest and best, along with proprietary features like pop-up play, smart stay, etc. Also, as opposed to AOSP ROMs Bluetooth, NFC, TV-Out, Dock, etc, work flawlessly. However, its most important feature is the Aroma installer, which provides installation options like what you see while installing an operating system on your computer, where you can choose each and every component and application that you want to install on your ROM. You have the freedom to choose from different launchers, kernels, mods, keyboards, themes, etc. 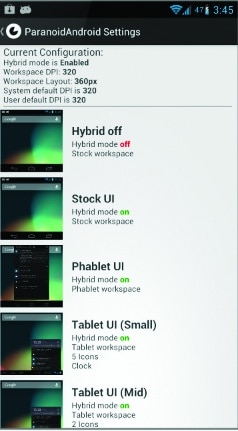 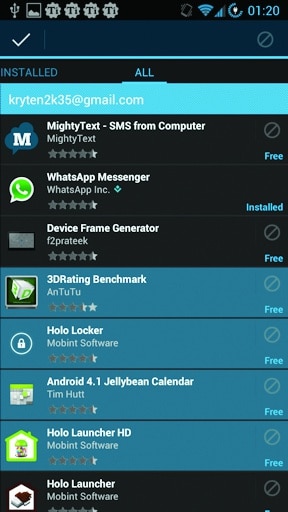 Paranoid Android is another marvel based on CyanogenMod 10, that makes you thank the Android ecosystem for all the customisability it provides in modding your devices. This particular ROM lets you turn your phone into a mini tablet, and allows you to run selective apps as if they are running on a tablet. This, for example, gives you the benefit of the split-column view in the email app. It does this with the help of per-app DPI adjustment, along with a colour scheme adjustment according to the most prominent colour in the app. Apart from this, it provides the usual customisation features that CyanogenMod does. The support seems to be equally good, with a dedicated forum and chat page to communicate with the development team.

Slim Bean is a ROM compiled and built from scratch, right from the AOSP code. It also incorporates all the important customised features from CyanogenMod, AOKP and CNd. This includes minor features like User Agent Switcher and Quiet Hours to mute notification sounds, profiles, performance tweaks, etc.

JellyBam is one of those ROMs that offers you the best of all features. It mixes everything from AOKP, CyanogenMod and ParanoidAndroid to offer you everything in one single ROM. It also comes with many performance enhancements, along with many mods, and YouTube HD support.

Omega ROM is also one of the popular ROMs developed by Indie, and is based on Samsung firmware. It offers built-in features like BusyBox, init.d support, Aroma installer, and Google Apps from Android 4.2 on ROM Android version 4.1.2. As usual, it also adds a lot of mods and tweaks after removing the bloatware.

AOKP, or Android Open Kang Project, is another popular ROM for Android. It offers innumerable tweaks and configurations and has much more mods, tweaks and customisation options than CyanogenMod. The difference also lies in the layout and development philosophy. One needs to try both in order to form an opinion on which suits you better.

UltimaROM offers the standard Aroma Installer with multiple options, and a bloatware remover. It comes with everything themed in blue, even the default Google Apps like Play Store, YouTube and Gmail.

WanamLite is a Samsung ROM based on the JellyBean update, which offers better battery life and removes all the bloat, whilst providing customisations like call recording, 15 toggle buttons on the notification screen, and most importantly, a lower OS footprint, with the ROM taking up much less space in internal memory as well as RAM. In short, if you want better battery life, more free RAM, and an overall snappy experience with a de-bloated Samsung-based ROM, WanamLite is for you.

There are many more ROMs that might be equally popular, but since we are doing a Top 10 here, I’ll restrict my choice to these. Usually, if you ask experts on where to start with a good ROM, most reply with a ‘Depends on your preferences’ kind of answer and that makes life much more difficult for people who don’t know where and what to look for. However, you should note that it is very difficult to point out which ROM is the best for your particular device. What’s more, sometimes it even becomes difficult to differentiate between two popular ROMs, because they look very similar on the outside, and the features available are not too different from each other. Even if you don’t find a particular feature in your ROM, you’ll find that it is very easy to customise and add new functionality on a rooted Android device, if you know how to go about it! 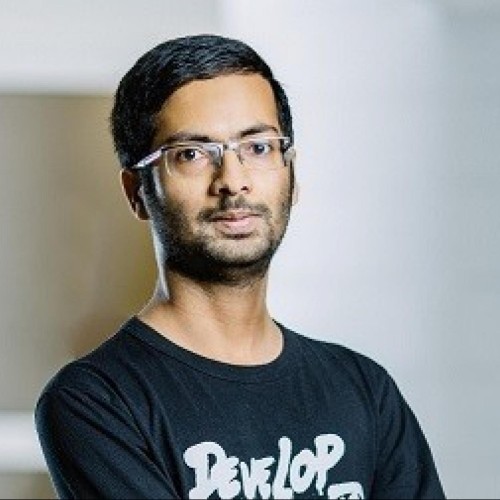