Here’s an open source IaaS platform to set up an on-demand, elastic cloud computing service. It enables utility computing services by allowing cloud service providers to offer self-service compute instances, storage volumes and networking configurations, and to set up a private cloud for internal use.

Apache CloudStack is an open source, multi-tenanted cloud orchestration platform, which is used to build private, public and hybrid IaaS clouds by pooling computing resources. It manages computing, networking and storage resources. CloudStack is hypervisor agnostic; it uses multiple virtualisation platforms such as KVM, vSphere and XenServer. It supports the Amazon Web Services API, apart from its own APIs.

Service providers and organisations use CloudStack to set up an elastic and on-demand IaaS. It can also be used to set up an on-premise private cloud behind the organisation’s firewall for internal purposes like gaining better control over infrastructure.

CloudStack components
A host is a computer that provides the computing resources such as the CPU, storage, memory, networking, etc, to run the virtual machines. Each host has a hypervisor installed to manage the VMs. As CloudStack is hypervisor agnostic, multiple hypervisor-enabled servers such as a Linux KVM-enabled server, a Citrix XenServer server and an ESXi server can be used.

A zone typically corresponds to a single data centre; it is permissible to have multiple zones in a data centre. Pods are contained within zones. Each zone can contain one or more pods. Zones can be public or private.
Secondary storage is shared by all the pods in the zone that stores templates, ISO images and disk volume snapshots.
CloudStack supports two types of networking basic networking for AWS style networking and advanced networking for more sophisticated network topologies. 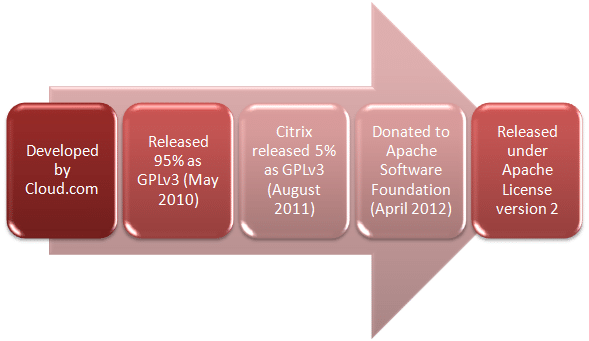 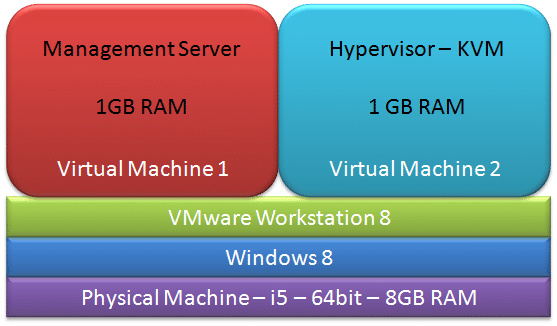