Home Audience For U & Me A Peek Into Some Android Apps 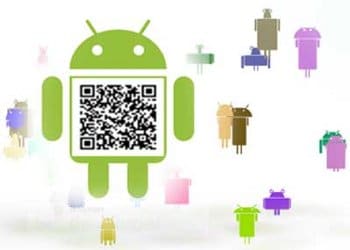 The world is changing everyday and so are our technology aspirations. The app development is the most competitive arena of the tech world wherein everybody wants to lead. Everyday hundreds of apps are launched. Last year approximately 701 apps were launched everyday. Lately, open source software is the preferred choice due to global access through free license and redistribution of that design.

There are many quality open source apps that are freely available to the users.
Here is a list of free and open source applications for the Android platform.

Android privacy Guard (APG) is an open source application available on Android operating system. This free software is created by Thialfiar. It allows its users to encrypt, decrypt, sign and verify signatures for text, emails and files. The users can also store the credentials of other users they interact with. The app’s utility rests on the fact that he can encrypt a single file so that only a specified user can use it, securing it with a passphrase or a password. Similarly, if the user obtains a file from someone they have stored credentials with and then he can decrypt and verify the authenticity of the file.

Dolphin is a mobile browser for the Android operating system. It is a free mobile browser that supports multi-touch gestures. It allows the user to browse with a personalized home screen, voice and gesture control, customizable settings and sharing features. With Tabbed Browsing, the users can open and switch between the Web pages with lightening speed by making multiple taps at the top of the screen or a thumbnail button at the bottom. The user can also create a personal gesture for mobile and desktop websites that are used more often. Another feature Dolphin Connect lets the user sync bookmark, history, passwords and open tabs across Android, iOS and desktop. Webzine feature displays content in a magazine style on topics relating to technology, business, music, lifestyle, etc.

GLTron is a free open source computer game. It is a light bike racing game based on the light cycle part of the movie, Tron. The number of players can vary from 2 to 6. Game speed as well as the size can be customized. The last player riding is the winner of the game. The styles of playing the game include switching from “booster” to “wall accel” to both. An additional button is provided for boosting besides the standard left, right, glance left, glance right button. Another feature “wall ride” amplifies light cycle’s velocity automatically when they near the player’s light Cycle’s speed.

Prey is one open source Android App that looks into the theft of laptop, smartphones and tablets. The device to be tracked should have a software agent installed on it. Thereafter, it connects to a host computer which sends signal to the device to reply instantly about its location. It produces an alarm if the phone is kept at silent mode. One single account can protect three devices.  The stolen device can be found via geolocation using Wi-Fi triangulation and GPS. It furnishes complete mobile security. Users who wish to have more security can upgrade to Prey Pro account which is capable of tracking many devices and providing internet support when you need it the most.

VLC Player is a free and open source cross multi-media platform. It plays multimedia files as well as discs, devices and network streaming protocols. It has a modular design which makes the inclusion of modules/plugins for new file formats codecs or streaming methods simpler. VLC can play nearly all video content barring, unfinished, damaged or incomplete ones. A beta version of VLC media player is available for the android Platform. It allows network streaming akin to the desktop version. VLC for Android contains a media library for video and audio files. Auto rotation, gestures to control volume and brightness and aspect-ratio adjustments are supported by the beta version of VLC. There is a widget for audio control, an audio media library and audio headset control available.

I hope this list proves to be of value to the readers.