Why We Need to Handle Bounced Emails 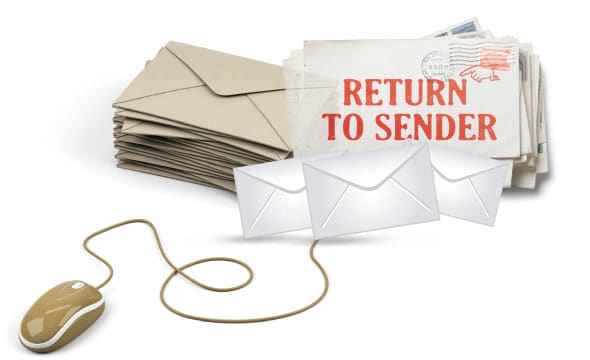 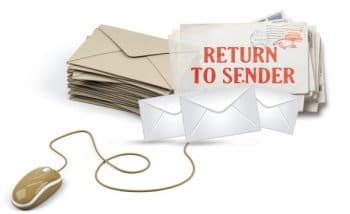 Bounced emails are the bane of marketing campaigns and mailing lists. In this article, the author explains the nature of bounce messages and describes how to handle them.

Wikipedia defines a bounce email as a system-generated failed delivery status notification (DSN) or a non-delivery report (NDR), which informs the original sender about a delivery problem. When that happens, the original email is said to have bounced.

To understand this better, consider a sender alice@example.com, sending an email to bob@somewhere.com. She mistyped the recipients address as bub@somewhere.com. The email message will have a default envelope sender, set by the local MTA running there (mta.example.com), or by the PHP script to alice@example.com. Now, mta.example.com looks up the DNS mx records for somewhere.com, chooses a host from that list, gets its IP address and tries to connect to the MTA running on somewhere.com, port 25 via an SMTP connection. Now, the MTA of somewhere.com is in trouble as it can’t find a user receiver in its local user table. The mta.somewhere.com responds to example.com with an SMTP failure code, stating that the user lookup failed (Code: 550). Its time for mta.example.com to generate a bounce email to the address of the return-path email header (the envelope sender), with a message that the email to alice@somewhere.com failed. That’s a bounce email. Properly maintained mailing lists will have every email passing through them branded with the generic email ID, say mails@somewhere.com as the envelope sender, and bounces to that will be wasted if left unhandled.

VERP (Variable Envelope Return-Path)
In the above example, you will have noticed that the delivery failure message was sent back to the address of the Return-Path header in the original email. If there is a key to handle the bounced emails, it comes from the Return-Path header.
The idea of VERP is to safely encode the recipient details, too, somehow in the return-path so that we can parse the received bounce effectively and extract the failing recipient from it. We specifically use the Return-Path header, as thats the only header that is not going to get tampered with by the intervention of a number of MTAs.
Typically, an email from Alice to Bob in the above example will have headers like the following:

Now, we create a custom return path header by encoding the To address as a combination of prefix-delim-hash. The hash can be generated by the PHP hmac functions, so that the new email headers become something like what follows:

Now, the bounces will get directed to our new return-path and can be handled to extract the failing recipient.
Generating a VERP address
The task now is to generate a secure return-path, which is not bulky, and cannot be mimicked by an attacker. A very simple VERP address for a mail to bob@somewhere.com will be:

Since it can be easily exploited by an attacker, we need to also include a hash generated with a secret key, along with the address. Please note that the secret key is only visible to the sender and in no way to the receiver or an attacker.
Therefore, a standard VERP address will be of the form:

PHP has its own hash-generating functions that can make things easier. Since PHPs hmacs cannot be decoded, but only compared, the idea will be to adjust the recipient email ID in the prefix part of the VERP address along with its hash. On receipt, the prefix and the hash can be compared to validate the integrity of the bounce.
We will string replace the @ in the recipient email ID to attach it along with the hash.
You need to edit your email headers to generate the custom return-path, and make sure you pass it as the fifth argument to the php::mail() function to tell your exim MTA to set it as the default envelope sender.

Including security features is yet another concern and can be done effectively by adding the current timestamp value (in UNIX time) in the VERP prefix. This will make it easy for the bounce processor to decode the email delivery time and add additional protection by brute-forcing the hash. Decoding and comparing the value of the timestamp with the current timestamp will also help to understand how old the bounce is.

Therefore, a more secure VERP address will look like what follows:

The current timestamp can be generated in PHP by:

Theres still work to do before the email is sent, as the local MTA at example.com may try to set its own custom return-path for messages it transmits. In the example below, we adjust the exim configuration on the MTA to override this behaviour.

Every email ID will correspond to a user_id field in a standard user database, and this can be used instead of an email ID to generate a tidy and easy to look up VERP hash.

Redirect your bounces to a PHP bounce-handling script
We now have a VERP address being generated on every sent email, and it will have all the necessary information we need securely embedded in it. The remaining part of our task is to capture and validate the bounces, which would require redirecting the bounces to a processing PHP script.

By default, every bounce message will reach all the way back till the MTA that sent it, say mx.example.com, as its return-path gets set to mails@example.com, with or without VERP. The advantage of using VERP is that we will have the encoded failing address, too, somewhere in the bounce. To get that out from the bounce, we can HTTP POST the email via curl to the bounce processing script, say localhost/handleBounce.php using an exim pipe transport, as follows:

The email can be made use of in the handleBounce.php by using a simple POST request.

After extracting the headers, we need to decode the original-failed-recipient email ID from the VERP hashed $bounceHeader[to], which involves more or less the reverse of what we did earlier. This would help us validate the bounced email too.

Taking action on the failing recipient
Now that you have got the failing recipient, the task would be to record his bounce history and take relevant action. A recommended approach would be to maintain a bounce records table in the database, which would store the failed recipient, bounce-timestamp and failure reason. This can be inserted into the database on every bounce processed, and can be as simple as:

Simple tests to differentiate between a permanent and temporary bounce
One of the greatest challenges while writing a bounce processor is to make sure it handles only the right bounces or the permanent ones. A bounce processing script that reacts to every single bounce can lead to mass unsubscription of users from the mailing list and a lot of havoc. Exim helps us here in a great way by including an additional X-Failed-Recipients: header to a permanent bounce email. This key can be checked for in the regex function we wrote earlier, and action can be taken only if it exists.

Even today, we have a number of large organisations that send more than 100 emails every minute and still have all bounces directed to /dev/null. This results in far too many emails being sent to undeliverable addresses and eventually leads to frequent blacklisting of the organisations mail server by popular providers like Gmail, Hotmail, etc.

If bounces are directed to an IMAP maildir, the regex functions won’t be necessary, as the PHP IMAP library can parse the headers readily for you. 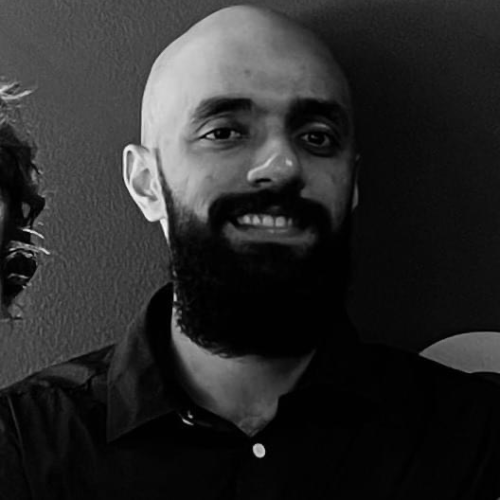 Tony Thomas
The author is currently doing his Google SoC project for Wikimedia on handling email bounces effectively. You can contact the author at 01tonythomas@gmail.com. Github: github.com/tonythomas01