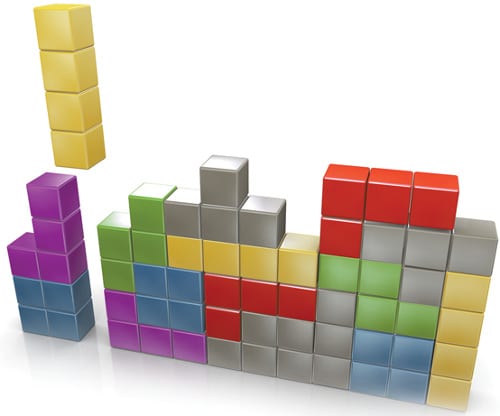 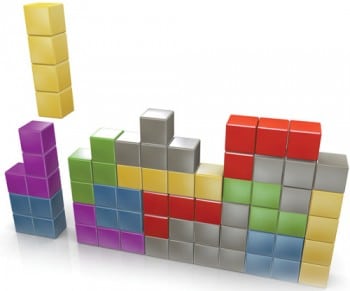 In this article in the GNU Emacs series, lets learn how to play games and try out some software for fun.

Ten games that are available and can be played easily in GNU Emacs are listed and discussed in this article. We start with the most popular one, Tetris.

1. Tetris
Tetris is available in GNU Emacs and you can launch it using M-x tetris. The Up arrow key can be used to spin the tile, while the space key can quickly drop the tile. You can pause the game by pressing the p key. At the end of the game, a score is displayed in a buffer. For example:

A screenshot of Tetris in GNU Emacs is shown in Figure 1.

2. Pong
You can play Ping Pong in GNU Emacs with two players, using M-x pong. One player can use the Up and Down arrow keys, and the second player can use the number keys  4 and 6, respectively. Each paddle is represented by three square tiles. If the ball hits the edge of the paddle, it changes its direction. You can use the p key to pause the game. A live score is displayed during the game. A screenshot of Pong is shown in Figure 2.

3. Doctor
GNU Emacs comes with a psychotherapist with whom you can chat. Simply type M-x doctor and it will start a session with the therapist. After you type in your statement, you need to hit Enter twice, and the therapist will reply. It will usually ask you another question, and you can continue to chat with the doctor. An example of a session is given below:

4. Bubbles
The objective of the Bubbles game is to remove a series of connected bubbles in the fewest number of moves. The game can be started using M-x bubbles. As you move through the grid of bubbles, the connected bubbles with the same colour get highlighted. You can press the space bar to remove them. A screenshot of Bubbles is provided in Figure 3.

5. Conways Life
The shortcut M-x life will start the Conways Game of Life in a new GNU Emacs buffer. The population increases in the course of time, and the generation count is shown in the mode line. A screenshot of the cellular automation running inside GNU Emacs is provided in Figure 4.

6. Morse and NATO conversions
You can convert text to Morse code and vice versa by selecting the text in a buffer and using M-x morse-region. For example, the text morse code gets converted to the following:

You can get back the text by selecting the Morse text and applying M-x unmorse-region. Similarly, if you have a word that you would like to spell using the NATO phonetic alphabet, you can use M-x nato-region. To convert it back, you need to use M-x denato-region. For example, the text abc gets converted to:

7. Snake
The Snake game can be started using M-x snake. You can use the arrow keys to move the head. As you play, red boxes appear in the window. If you go over them, the length of the snake increases along with the score. At the end of the game, a summary of the scores is shown. A screenshot of the Snake game is shown in Figure 5.

8. Dunnet
Dunnet is a text based adventure game that needs to be started in batch mode as shown below:

The help command gives you the context of the game:

You can then give directions and proceed with the game. An example of a session is shown below:

You can exit the game by typing quit at the prompt (>).

9. Gomoku
Gomoku is a strategy board game for which you need to get five pieces in a row (any direction) to win. You and the computer will take turns to play the game. You need to use the Enter key to mark your cross in a position, and the computer will mark its position with a circle. The game ends when either player gets five continuous pieces. A screenshot is shown in Figure 6.

10. Le Solitaire
Le Solitaire is a strategy game that consists of stones represented by o and holes represented by . (a dot). The objective of the game is to remove all the stones except the last one. You can jump over another stone to create a hole. You can use the Shift key with the arrow keys to move a stone. A screenshot of the game in progress is shown in Figure 7.

All the games and examples were tried on GNU Emacs 24.5.1.