Home Audience CIOs IoT is not an IT Initiative, but a Business Function 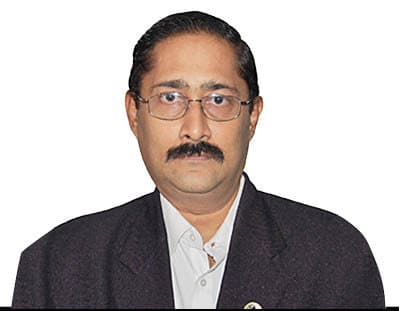 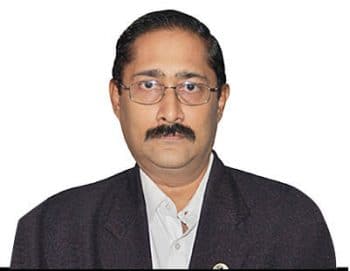 By now, we all know what Iot is, but do we really know what to do with it? EFY tried to address this issue with some brainstorming sessions at Open Source India 2015 and Iot Show 2016. But we don’t want to leave it at that. IoT is the agenda going forward, for many enterprises, but do they really know how to embrace it? Diksha P. Gupta from Open Source For You spoke to R. Ravi vice-president, research & Development, HCL Services Ltd, to figure out how best IoT can help organisations grow their businesses. Excerpts:

Q What is HCLs IoT strategy and in what way does the company see itself as the game changer in the IoT revolution?
It all started somewhere along with the Make in India campaign, which the government is very keen about and a lot of private enterprises and corporates are also trying to embrace. From that perspective, we thought we could design and build cost-effective end-to-end solutions in the IoT space. Fortunately for us, we have already been operating in the systems integration space for many years, and we had a fantastic platform, or middleware, which we had developed on our ownwe have earned IP rights for it. So we thought that it would make sense to build on that and support all the different types of sensors. HCL services have been focusing heavily on three-four industry verticals, including manufacturing, the health care and BFSI. While we do not have any tangible use case for IoT in BFSI, we are trying to focus on manufacturing, automotive, FMCG, logistics and healthcare from the IoT perspective.

Q IoT is clearly a big buzzword today, but is it anywhere close to reality, w.r.t. adoption, particularly in the sectors you are talking about?
Overall, I think people are just dabbling with the possible business solutions w.r.t. IoT, but I think the automotive industry has taken the lead, with telematics solutions that are already existing. Though these solutions were not called IoT earlier, now the industry is probably adding more features to them. Telematics was initially used for position tracking of the vehicle; now, more features linked to geo-fencing, fuel efficiency, driving behaviour, etc, are being added. That, we feel, will become very common in most of the vehicles going forward, in one or two years down the line. This is one sector in which we see the most traction. The second area in which we see IoT flourishing is that of medical devices. A lot of IoT based medical devices are proliferating in hospitals across Tier 2 and Tier 3 towns as well, apart from the Tier 1 towns.
Likewise, any high value equipment critical for the business environment, will be the next target where IoT will have a solid business case. We had already seen this in data centres in the IT area. Even the non-IT aspects of the data centre, like the AC, UPS systems, chillers, etc, have been using IoT. Though it was not called IoT earlier, it was the beginning of this trend. They wanted the environment to be up and running so that the data centres were always available. The same thing is getting extended to other critical equipment. One sector in which the value proposition will be very high is logistics, where users need to track and trail consignments in real-time. Probably this sector will start late but I think the uptake will be very high.

Q Could you explain what exactly you meant by IoT concepts being present in some of the sectors even prior to the IoT revolution, but not being referred to by this term.
It was not called IoT because it was not connected to the Internet. Now, with the cloud in place and Internet usage increasing, it is getting reoriented and is known as the IoT. With IoT coming in, the avenues are open for more stakeholders. For example, IoT has led to outsourcing, where the decision-makers are sitting outside the organisation.

Q The IT industry did witness a slowdown over the past few years. Has the IoT revolution added some pace of the Indian IT industry?
As of now, my answer is, No. But yes, IoT will help the IT industry to grow in the years to come. Right now, IoT is a very small portion of the entire IT gamut of operations.

Q In HCL, how much thrust is given to IoT within the usual projects?
What we are seeing is that the IT heads or CIOs are not the decision-makers when it comes to implementing IoT-based solutions. It would be either a business or a manufacturing head who would decide whether or not to use IoT. So IoT solutions need to be positioned to them, instead. IoT will be governed mostly by the business value sale and not an IT solutions sale.
Of course, the solution pitched to the business heads will be validated by the IT team, because they will have to subsequently handle the support side of things, or it should dovetail into the overall roadmap of automation. This is the reason why we dont see IoT as a pure IT function, though we do expect it should come down to being a part of IT budgeting, going forward. But as of now, IoT sponsors are business unit heads. So, one may or may not generate an IoT lead by traditionally approaching an IT head. Right now, very few CIOs look at the IoT space, and it happens only in companies where they are a part of the think tank.

Q What is the stage at which IoT is being looked at, in the Indian enterprise?
We keep doing a lot of ideation workshops with different enterprises. In these sessions, the business heads discuss their business roadmaps, and then we delve deep into different areas where we can enhance business growth, reduce cost or improvise the customer experience, eventually resulting in boosting sales. Taking these issues into account, their internal teams deliberate on what is the priority for them and then we go into the PoC (proof of concept) stage. Right now, a lot of companies are in the PoC stage, when it comes to IoT solutions.

Q What are the biggest risks associated with the IoT?
The biggest risk the market perceives is security. Today, there are IoT solutions that are sending raw data, and security is at stake. So, this is definitely one key area of concern  to ensure that the data doesnt go in the wrong hands. The second thing is the absence of the right analytics. IoT-linked solutions will churn out GBs of data on a daily basis, depending on how much data you are collecting and on what frequency. So, it is important that a firm has the matching infrastructure at the backend to gather all that data, and also has the right analytics tools to analyse that data and churn out the right information for informed decision-making. Analytics, in itself, is a developing area and there are a lot of things that still need to be worked out in this sphere. I wouldnt call analytics a risk, but the growth of IoT will closely depend on how fast the analytics side can grow. So anyone who directly jumps into IoT without having any clarity on analytics may end up in a bad situation  not being able to utilise IoT in a fruitful way.

Q What single factor, according to you, would accelerate the growth of IoT?
I think a telecom network, supported by analytics and mobility, will lead to the growth of IoT. All the sensors need to be connected by a network, which has to be robust. That is going to play a key role. Also, availability of high data speed at remote locations will fuel IoT growth.

Q What role does open source technology play in the revolution called IoT?
Analytics is a major factor in IoT. Although we hardly have any open source solutions in the analytics domain, I understand that a lot of groups are working on that. So, that will be a major area where open source will find a role. I think people would not like to spend millions on untested software if they are not sure what business it will deliver. In such a domain, they will probably try open source software. If that works, they will probably go for a commercial licence. The other area where I see open source growing is the cloud, an area of orchestration and provisioning tools.

Q How, according to you, is the government helping IoT to flourish in India?
It is too early to talk, but I think the Smart Cities initiative is going to be a very big consumer of IoT. Smart cities would need different types of sensors offering various controls, tracking, parking solutions, infrastructure facilities to monitor the transformers, sub-stations, telecom towers, maintenance facilities, etc. Ultimately, all of these cannot be done manually. This is where IoT will come into play.

Q Is there one piece of advice that you want to share with the business leaders who want to embrace IoT?
The simplest thing that they can immediately embark on is the ideation session, if not done already. They should identify, not one, but five to six areas in which IoT can be used to improve the level of automation. The key thing is that IoT should be treated as a solution to solve business problems and as a business enhancement tool, and not an IT initiative.