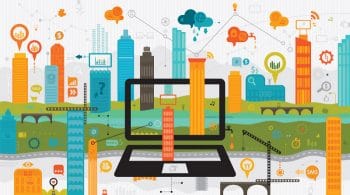 There are only a few operating systems that are suitable for Internet of Things (IoT) applications. RIOT OS, which is free and open source, is specially designed to meet the particular needs of the IoT, with features like a low memory footprint, high energy efficiency, real-time capabilities, a modular and configurable communication stack, and support for a wide range of low-power devices.

The Internet of Things (IoT) is used with heteregenous devices, which range from 8-bit to 32-bit microcontrollers from different manufacturers. Traditional operating systems or the conventional embedded OSs may not suit the requirements that these tiny devices demand (low power, a small size and low memory footprint). The RIOT operating system is a free and open source architecture that is friendly to IoT applications, and has proved to be a perfect OS for IoT systems.
Developed in 2008 as an OS for wireless sensor nodes, it was later fine tuned for IoT systems.

Features of RIOT
The OS is actively developed and maintained.

Architecture, board and driver support
It supports various architectures like

It also supports the native port, where one can simulate the output within the OS it is running. So RIOT is supported in Linux as well as OS X.
There are in-built drivers for the following sensors (without the need for hardware, these sensors can be modelled in native mode also):

Most of the sensor boards like TelosB, ST, Zolertia, MSP 430, Arduino and Atmel have support from this OS (and the list is quite long). RIOT also supports virtualisation, where the code and application can run as a simple UNIX process. It also uses Wireshark for packet sniffing.

Comparisons with Contiki OS and Tiny OS
There are two other OSs, called Contiki OS (already featured in OSFY) and Tiny OS, which are suitable for IoT applications. But RIOT fares better when it comes to memory usage and support.

Figures 1 and 2 represent the block and network stack diagram of the IoT. Except for RPL, all modules have support from the RIOT OS (for RPL alone, there is partial support from RIOT).

Installation of RIOT in Linux
The OS used for installation is Linux Mint 17.2 and Ubuntu 14.04.2, while the architecture used is 64-bit OSs. The pre-requisite packages for installing RIOT are:

Assuming that you have installed all just now, follow the steps shown below to install RIOT:

The OS can be downloaded as a zip file from Github (https://github.com/RIOT-OS/RIOT/archive/master.zip); else, you can clone it using the following command:

A simple example
These types of OSs can be learnt and understood only through the examples given within the source code of the application. RIOT has some examples in the examples/ folder, and one can go through the source code and run it using the following method. There are more examples available in the Github of RIOT (https://github.com/RIOT-OS).
If sufficient board or hardware is not available, then the code can be run in the terminal itself (native mode).
To run the hello-world example from the examples folder, use the following code:

make flash will compile and show the text and the size of the data occupied by the memory. Since this application is run under native mode, the output can be viewed using the make term command (refer Figures 3 and 4).

Figure 5 shows the above configuration; routers can be configured, text messages can be sent and details about running processes can be searched using this application.
There are only a limited number of OSs available for IoT sensors and, among these, RIOT really has a well-documented API with huge support for most of the boards, architecture and sensors. Its main advantages are that it is actively developed and maintained, and there is an incremental version every month. Students and electronics hobbyists/enthusiasts are using Arduino and Raspberry Pi for their IoT applications these days, and RIOT really helps these boards and sensors to achieve a low memory footprint and high energy efficiency without any compromises on the performance of the IoT systems.

The Role of Machine Learning in Networks and Network Security