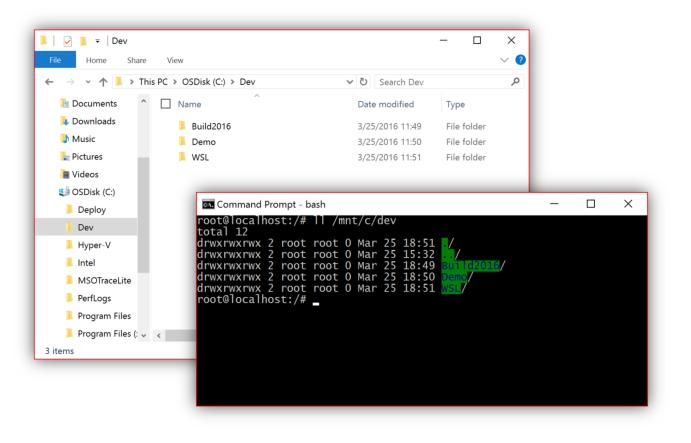 Windows 10 build 14316 provides you a simple and native way to use Bash Command line on your desktop or notebook.

Microsoft has released a new Windows 10 build that allows you to run your favourite Linux programs directly through Bash Command line. The new update is initially designed for Windows Insiders who are eager to experience its future right in the present.

Windows 10 build 14316 provides you a native way to work on Bash. This comes as a result of the partnership that the Redmond giant announced with Ubuntu maker Canonical at its Build 2016 developer conference last week.

As you might be aware, Bash is a Unix shell that already existed on Linux-based platforms. But Microsoft has developed a Windows Subsystem for Linux (WSL) to let you run a genuine Ubuntu user-mode image on your Windows 10 device.

“Based on your feedback we’ve done a couple of things,” said Mike Harsh, principal group program manager at Microsoft, in a blog post. “First, we made investments that improve cmd, PowerShell, and many other command-line tools and developer scenarios. Second, we decided to grow our command line family by adding real, native Bash and with it support for Linux command-line tools which run directly on Windows in an environment that behaves like Linux.”

How to enable Bash on Windows 10

To enable Bash Command line on your updated Windows 10 build, you need to enable ‘Windows Subsystem for Linux (Beta)’ by choosing ‘Turn Windows features on or off’ option from ‘Windows Features’ menu.

In addition to Linux programs, you can use the new feature to run Bash scripts and use Linux-first tools such as Ruby, Git and Python among others. Microsoft also lets you access your Windows filesystem directly from Bash.

Some gaps are there

Even though Bash is now just within your Windows 10 system, some gaps are still there. You would not be able to run all your Bash scripts. Additionally, you will not be allowed to transform your Windows device into a server platform to host websites.

Despite having some drawbacks in the initial stage, Windows 10 build 14316 finally sets a new pitch for software developers. It gives an open source-like experience on the latest Windows platform. Moreover, it gives you a new reason to use Windows as your primary operating system.