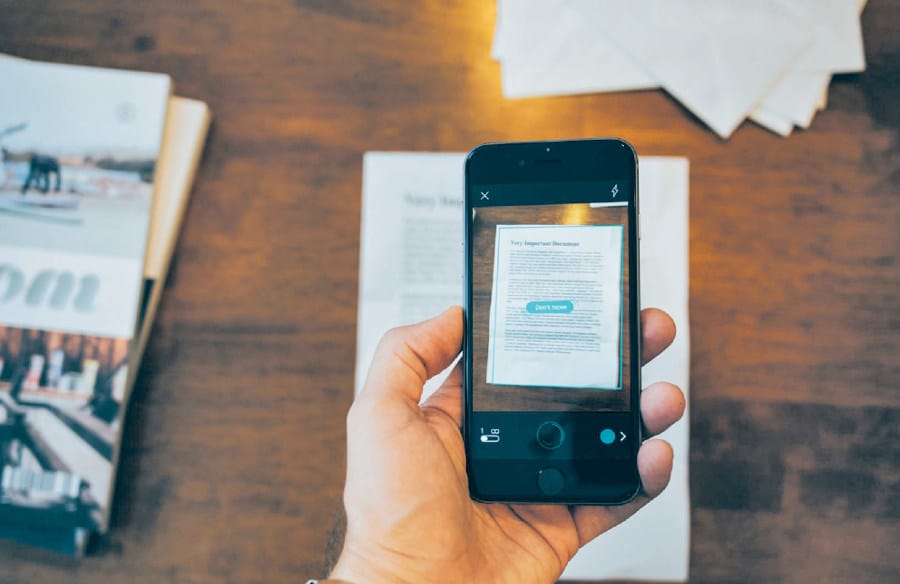 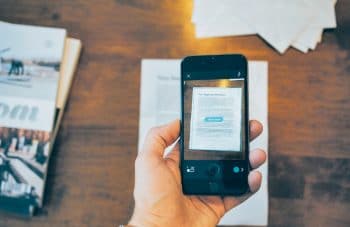 This article, which is aimed at Android developers and image processing enthusiasts, explains how to extract text out of a captured image, using the Tesseract library.

Optical character recognition (OCR) is a technology that enables one to extract text out of printed documents, captured images, etc. Android currently doesn’t come prebundled with libraries for OCR, unlike for voice-to-text conversion, which can be done using android.speech.RecognizerIntent. To build an Android app that can perform OCR or leverage these capabilities, one might have to opt for external libraries.

About Tesseract
Tesseract is a well-known open source OCR library that can be integrated with Android apps. It was originally developed by Hewlett Packard Labs and was then released as free software under the Apache licence 2.0 in 2005. The development has been sponsored by Google since 2006.
One could leverage OCR for building many Android applications like, for instance, scanning business cards and importing the text to a contact list, scanning an image and playing aloud the extracted text for the visually impaired, and so on. In this article, we will use the tess-two library, which is Tesseract with a Java native interface layer over it, to compile on Android platforms.

Integration with Android
The prerequisite is that the device should be running Android 2.3 (Honeycomb) or a higher version. In Android Studio, which is the official IDE for Android app development, tess-two could be integrated in the following way:

1. Start with downloading tess-two from https://github.com/rmtheis/tess-two.
2. Once complete, create a folder named ‘libraries’ in your application directory. Place the downloaded tess-two folder under Libraries. We may have to do this as tess-two needs to be configured using Gradle. The folder names here could be anything, but the same name needs to be given in settings.gradle and the app’s build.gradle while building the app.
3. Create build.gradle under the tess-two directory to configure the script that will build tess-two. You could use this simple build.gradle code given below:

Modify the compiled SDK and build versions according to the toolset available. The project structure will look somewhat like what’s shown in Figure 1.
4.  tess-two needs Android NDK during runtime, which helps in embedding C and C++ code into your Android apps. This is needed for performance-intensive applications like OCR. Download the NDK if you don’t have one. You could get it from http://developer.android.com/ndk/downloads/index.html and build the NDK by following the steps shown below.
Set the following environment variables:

5. Now that it is getting compiled as a separate library, we may have to include tess-two as a dependency for the actual app by adding the following line in the build script of the main project (the build.gradle under the app folder):

Append this under the dependencies element of the app’s build script (build.gradle under the app folder).
Finally, to compile both the app and the tess-two library, append the following line in settings.gradle (given below):

Using the tess-two methods
With the above steps, Tesseract APIs should be compilable from the app. Before jumping onto invoking tess-two, you need to convert the image in .png or .jpg form to an Android bitmap. The following code snippet explains how to achieve this. Here, it is assumed that the image is stored in the internal storage (being referred by Environment.getExternalStorageDirectory()).

One might experience several issues while obtaining the bitmap from an image. These include:
1. The BitmapFactory.decodeStream() might throw an out-of-memory exception or, in some cases, might not throw an exception but return a null bitmap. Make sure the image is not too big and RAM has enough space. A 500kb image typically takes nearly 5MB of RAM. Google provides suggestions for efficiently handling large bitmaps at http://developer.android.com/training/displaying-bitmaps/load-bitmap.html.
2. The bitmap could be null because there are no read/write permissions for the image storage. Make sure AndroidManifest.xml has these permissions set.
3. Double check the path from where the image is being read. It is always safe to use the getAbsolutePath() method for paths.
Once you have the bitmap, you could make use of tess-two methods for the text extraction.
A sample code is shown below:

The TessBaseAPI instance creation shown in the first line of the above snippet will try to load some of the .so libraries of NDK and, if this fails, the app will crash without even throwing any exception, at times. So make sure the NDK is all compiled and the path is set in Android Studio before building the app.
Initialise the TessBaseAPI as shown in the second line of the code to use the path where the tessdata (tesseract trained data) is present. The tessdata is a compilation of all possible image patterns that Tesseract will match against to recognise the text. You may obtain tessdata from https://github.com/tesseract-ocr/tessdata for your language of interest and place it in a folder called tessdata, which is under the path that will be mentioned in the init() method, as in the second line above. In this article, I have used the internal storage to store the English version of tessdata, and the path to tessdata is <path returned by Environment.getExternalStorageDirectory().toString()>/tessdata/eng.traineddata. The init() method in the second line takes in ‘eng’ for eng.traineddata.
The third line sets the page segmentation mode using the method setPageSegMode() which tells the Tesseract engine how to treat the image — if it’s a single line, a single word or a block, and so on. Finally, set the bitmap image to be processed using setImage() and get the text using getUTF8Text().
I’ve made a sample app, as shown in Figure 2, where clicking the Scan button pops up the camera, and the text gets extracted from the captured image with just the click of the camera.