7 great apps to improve security of your Android smartphone

Smartphone security is something that comes up every day. The most security the majority of users have is a password on the lock screen. That works well to stop random people from accessing your phone if they pick it up, but it does nothing for security online.

For robust security, you will need a small array of apps at your command to protect your Android smartphone from malware, hackers and accidents. Any of the three can utterly ruin your device, just as much as they can cause you to lose precious data. To improve your smartphone’s security, consider using the following apps.

First up on our list is a type of software the most people are familiar with. Avast is an antivirus app by default (the free version) with an extensive list of features available to premium subscribers. The default app also warns you of unusual permissions when an app runs, a nice touch to be sure.

With the premium version, you’ll have access to a variety of different features, including a firewall and theft protection. Recently the free version of their app was updated to include several of the previously paid features for free. These include password protection for app access (a good substitute for parental controls or to keep people off your apps with saved passwords) and call blocking.

Given its relatively limited battery use and free status for most features, Avast stands out as a particularly valuable app to have on any phone. There are other anti-virus options with similar features, but at present Avast is my favorite.

Android smartphones are some of the most commonly used devices to access public WiFi networks; that makes them the ideal candidate for a Virtual Private Network (VPN) service. WiFi that is not password protected is naturally accessible by anyone—even hackers—and it is vulnerable to any number of exploits that can steal information from your phone.

A VPN secures this connection by allowing you first to connect to a remote server before accessing other areas of the net. By doing so, you encrypt the data being sent and received and avoid data interception. Not only can a VPN prevent theft, but it can also prevent the injection of malware into what you’re downloading.

BufferedVPN is the app of choice because of its high-speed and reliability. Between good customer service (something necessary for “service” type apps) and a slew of different servers to pick from, BufferedVPN wins out against its competitors.

The only downside to any VPN is that it requires a subscription; there are no free rides when it comes to quality VPN service.

Strictly speaking, Dropbox is not exactly a “security” app. But it offers a single feature that makes it useful regardless of whether or not it would generally be classified in this category. Dropbox allows you to save files online and away from your device. While it might sound more secure keeping things in one place, it is not; if your device breaks, you are out of luck.

By storing key files in Dropbox, you can not only access them on other devices but also prevent disaster in the event of some new malware that your antivirus wasn’t ready for or a new hack that exploits a vulnerability in one of your apps.

Titanium Backup is a particular case in the security listing. Unlike the majority of listed apps, Titanium requires root access to your phone. It is not a very useful app for users who do not know how to root or jailbreak their phone or simply do not want to.

For those that do, it is amazingly useful. Not only does it allow you to back up absolutely anything and everything on your Android phone, but it also gives you access to helpful tools such as the ability to freeze or remove an app that your phone would not normally let you get rid of.

Strictly speaking, some of WebRoot’s features are not dissimilar from Avast. It protects against malware in the same way, but it also covers some things that Avast does not specifically handle (or does not claim to anyway).

The free version also protects you while you’re using social media services such as Facebook and Twitter. With the paid version, you’ll have access to a few more of the features familiar from Avast such as theft protection and automatic malware scanning.

One to one I would probably pick Avast over WebRoot, but since it has features that Avast does not, it lands itself a position distinctly different from the former.

For people who hate passwords or just have too many, LastPass is an excellent app. It allows you to store all of your passwords in a secure, encrypted location and provides them on demand when you want to login to services or apps you have.

The primary differences between the free and paid versions of LastPass are in the ability to interface with multiple devices on the same account. With the premium version, your smartphone can sync with your PC and tablet; without it, you are stuck doing things manually with each device. There are also additional options for multifactor authentication.

Multifactor authentication basically requires something other than your regular password to access something. It may be a one-time password that is sent to your phone in a text message or generated by the app itself. But it acts as a way to separate your account from someone who may have guessed or stolen the main password; without the rest of the puzzle, they still can not get access.
If you are only installing this app on your smartphone, you can go with the free version. If you plan to use it elsewhere, the premium version is worth it.

The final app on our list is a standalone firewall service. While most mobile phone firewalls require root access, NoRoot does not. It allows you to control who and what gets access to your phone by warning you when an app or service attempts to contact your device.

NoRoot also lets you create rules for your apps to decide if and when they can access the net. The majority of apps already access the internet with or without your permission, so having this gives you more control (and helps let you know if your flashlight is trying to send information about you because oddly enough, that’s actually a thing).

The apps on this list are not meant to be exclusive nor are they the only good apps in their respective categories. Plenty of other antivirus and VPN services exist, and there are other firewalls and backup programs as well. If you feel like there’s a truly great app we missed, please let us know in the comments section below. 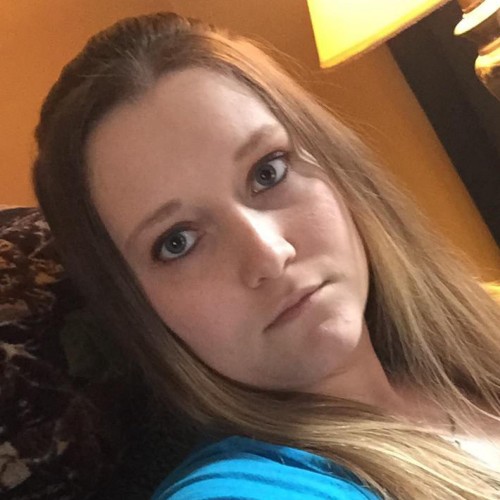 Cassie
The author works for Secure Thoughts as an internet security specialist and blogger. As someone that has an interest in a multitude of topics, she also writes posts on Culture Coverage.