HomeContentNewsLinuxConsole 2.5 goes official with Minecraft and tons of other games
News

LinuxConsole 2.5 goes official with Minecraft and tons of other games 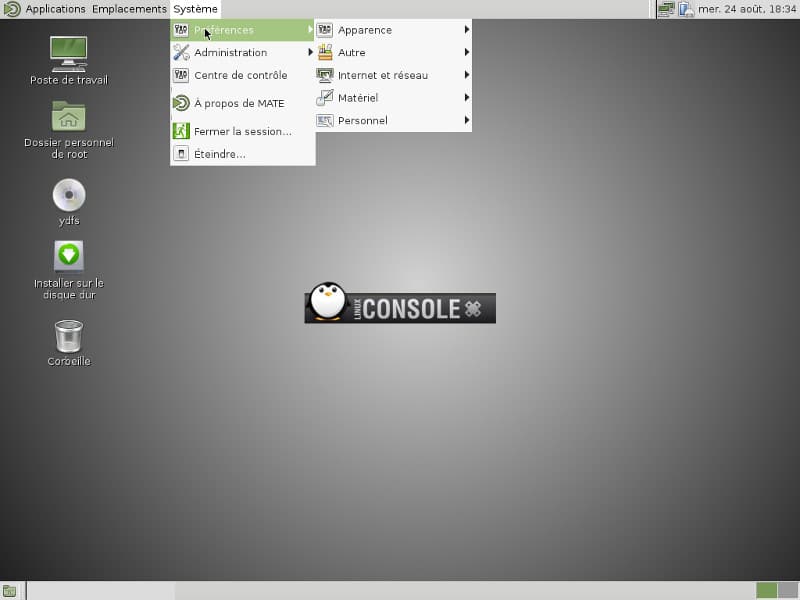 Are you looking to play Minecraft on your system? You now just need to install LinuxConsole 2.5 to get not only the sandbox video game but several other titles.

LinuxConsole 2.5 is specifically targeted at children and game enthusiasts. Although the updated distro does not come with high-end console offerings such as Doom or Tom Clancy’s The Division, it brings a whole new lot of entertaining games and multimedia stuff. There are also some open source software with both the LXDE and MATE desktop environment support.

The list of games that come preloaded with LinuxConsole 2.5 includes a demo version of Microsoft’s Minecraft as well as SuperTux, MegaGlest, FreeDroidRPG, XMoto and NeverBall. In addition, there are apps like VLC, Audacity and FreeTuxTV for music lovers and Inscape, Gimp and LibreOffice for general professionals. The distro also has Firefox, Google Chrome, Skype and Filezilla and some educational apps including TuxPaint, LanguageLinotte and Stellarium to deliver a complete package.

The new version comes in 32- and 64-bit releases that both boot with Busybox 1.24.2 and come in languages like English, French, Spanish and German among others. Its core software and libraries are available through a squashfs file system.