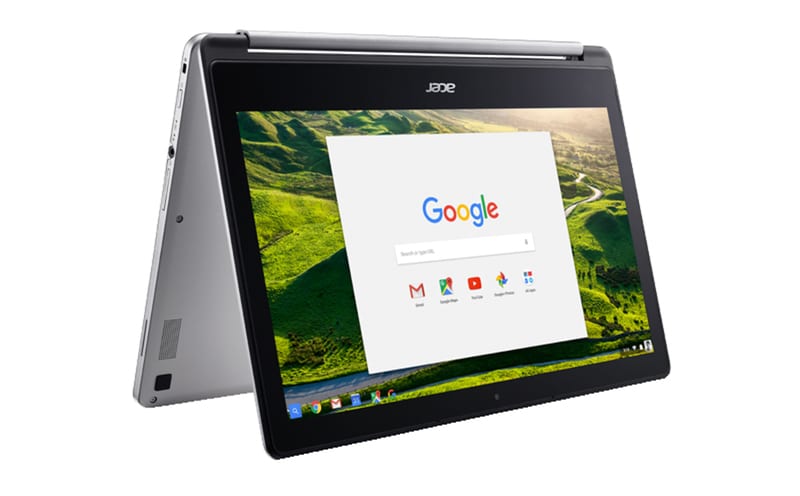 In the fast-growing world of Windows notebooks, Acer has brought the Chromebook R13. The world’s first convertible Chromebook comes with native support for Android apps.

The Acer Chromebook R13 features Google Play store to enable Android app support. The search giant announced a new Chrome OS update back in May to allow Android apps on its web-based platform. This update has now debuted with the Chromebook R13 to offer you Android apps alongside usual Google apps such as Drive, Gmail and YouTube among others.

Apart from Android apps support, the Chromebook R13 sports a flexible design with a 13.3-inch display that has 360-degree hinges. The device is also capable of delivering up to 12 hours of battery life on a single charge.

The 360-degree dual-torque hinges enabled the display panel to be folded back to any direction. There are four different modes, including Laptop, Display, Tent and Pad to offer you an all-in-one experience.

Under the hood, the Chromebook R13 has a MediaTek quad-core processor along with 4GB of RAM and up to 64GB storage. There is also a USB Type-C port.

Besides, the $399 Chromebook has Microsoft Office Online and web-based security feature Supervised Users.