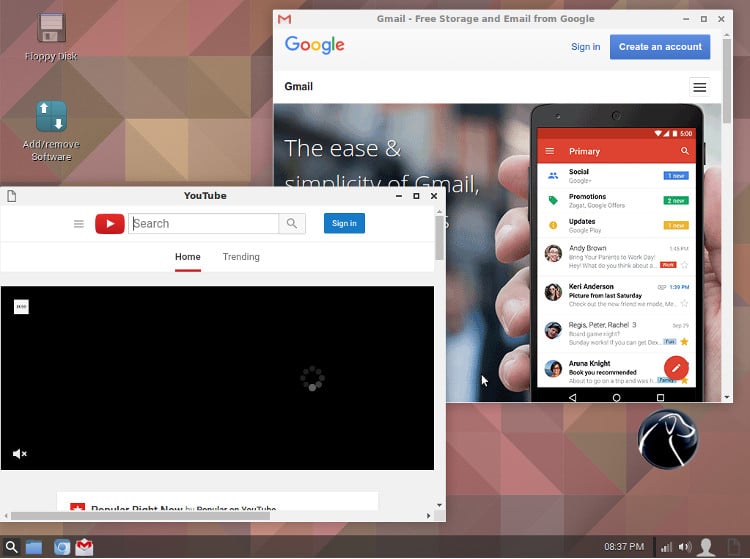 Black Lab has released a security update for its Linux distribution. Named as Black Lab Linux 7.7, the update comes with some new Google apps to give users a complete open source experience.

In addition to Google apps, the Linux distro comes preloaded with some of the popular open source applications. There is GIMP image editor, VLC player, Abiword processor, Audacious player and ICE SSB. Users are also provided with all the major features of Peppermint OS and the long-term support (LTS) tag is expected to attract new adopters.

The official announcement suggests that the latest release is the most stable Black Lab version so far. Likewise, the latest version is specially designed for the users expecting standardised yet powerful Linux distribution.

Black Lab 7.x operating system series is expected to receive two more maintenance update before February 2017. The current users will be able to upgrade to Black Lab 8.0, while users of Black Lab Linux 7 will receive the support until December 2018.

Meanwhile, you can experience all the latest features by downloading Black Lab Linux 7.7 Live ISO from its official website.