HomeContentNewsGoogle's Go gets transpiled into Have programming language
News

Google’s Go gets transpiled into Have programming language 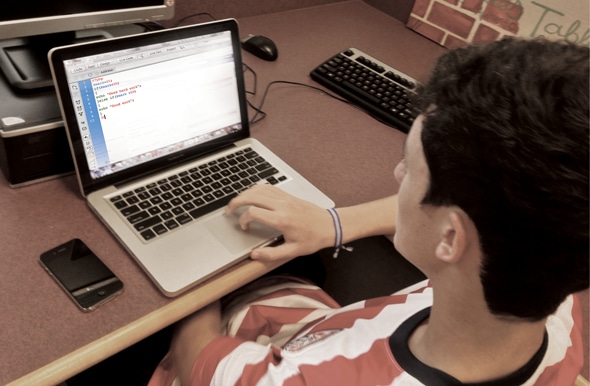 While Google’s Go already reached to new levels of programming, developers have now got Have as a transpiled version of the open source language. The new language is not a rival of Go but lauded as a “companion” with the same toolchain and some additional features.

Polish developer Marcin Wrochniak has created Have language as a hobby project. Although the programming language is considered to be useful in situations like constructing generic, zero-cost data structure, it is likely to “grow an ecosystem of tools” similar to Go.

“In the long run, it would be great to grow an ecosystem of tools, just like Go, and I hope that the compiler implementation will be modular enough to allow it,” writes Wrochniak, in a blog post.

The syntax of Have is inspired by both Go and Python, but its semantics is mostly adopted from Go. On the contrary side, Have uses block indents over curly braces on Go.

Additionally, Wrochniak has taken a traditional approach in designing the structure of Have. There are plans even to implement structure opening to let developers open a struct and add their methods.

The success of Have is yet to be surfaced. However, its arrival has taken Go beyond the world of hundreds and thousands of programming languages and made it as a full-fledged platform to enable language innovations.