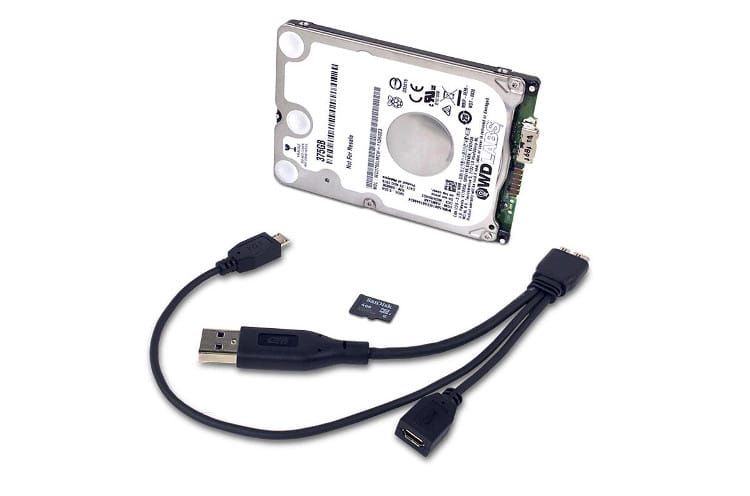 Now, you can enhance capabilities of your Raspberry Pi by adding multiple operating systems through the newly developed WD PiDrive Foundation Edition. The device emerges as a great combo of a hard drive and an SD card slot for the single-board computer.

Western Digital has provided a custom version of NOOBS (New Out of the Box Software) that enables installation of multiple operating system on Raspberry Pi. The software is pre-configured with Raspbian PIXEL and Raspbian Lite, though you can download and install various other Raspbian OSs as well.

The default NOOBS supports platforms such as OSMC, OpenELEC and Windows IoT Core. However, the one with the PiDrive Foundation Edition is likely to have limited operating system options.

Having said that, in addition to the available NOOBS, the bundled microSD card with the WD PiDrive Foundation Edition includes a Project Spaces installer. This game-changing technology allows you to create different partitions on the drive to customise the experience. Further, the installer helps you run multiple operating systems and various other open source projects using the same hard drive.

The native 7mm hard drive on the WD PiDrive Foundation Edition is based on the company’s WD Blue technology. Also, the device comes with a custom magnetic recording and electrical system to deliver power-efficient results.

The WD PiDrive Foundation Edition is available in 250GB and 375GB hard drive variants. There is also a 64-bit flash drive model that comes in an even compact build; sans an SD card slot.

WD is set to take Raspberry Pi to new levels with its all-new PiDrive. The device is perfect if you are looking for a solution to test your projects on more than one Raspbian OS.