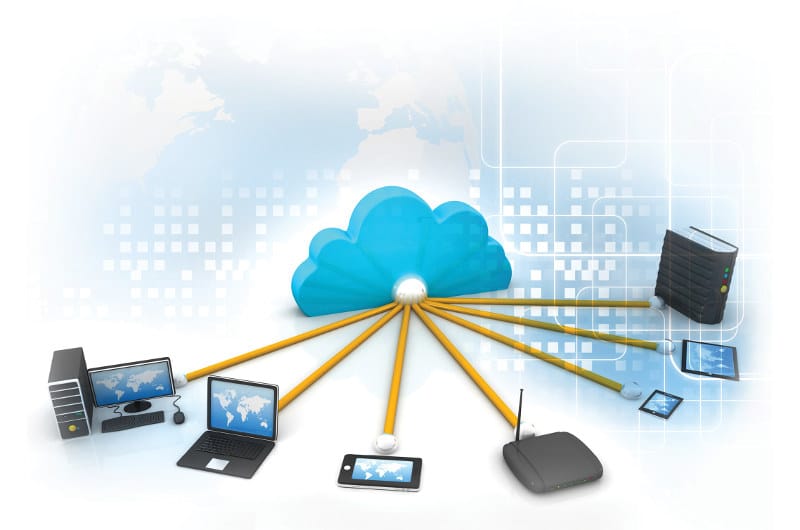 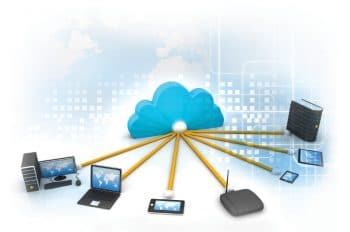 Falcon is a lightweight, high performance framework for building cloud APIs. If your aim is to serve requests as quickly as possible by putting in some extra effort during the development stage, then you should give Falcon a try.

To build Web applications, developers generally tend to pick a language like PHP. While Python is closely associated with scientific computing, it offers an array of choices when it comes to building Web scale applications. The world of Python is loaded with Web frameworks (some of which are listed in Table 1). 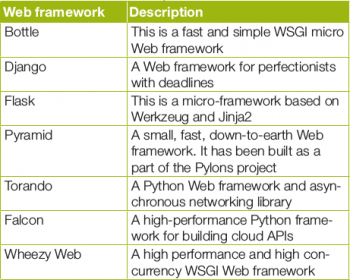 As can be seen from Table 1, each Web framework has its own set of features and target scenarios. If you are interested in a comparative analysis of their performance, visit http://klen.github.io/py-frameworks-bench/.  Post analysis, Falcon will emerge as one among the top ranked frameworks.

Falcon official documentation lists the following three major design goals for Falcon (Figure 1).
Fast: One of the most important requirements of cloud APIs is that they should respond to requests as quickly as possible. This becomes a critical feature in real-time scenarios when the number of concurrent requests is high. Falcon is one of the fastest frameworks available.

Light: A framework with a long trail of dependencies becomes very difficult to incorporate in various environments due to the restrictions imposed by the dependencies. Falcon has only two dependencies: six (a Python 2 and 3 compatibility library, which facilitates the code bases to work on both Python 2 and 3 without requiring any changes) and mimeparse (which provides  functionalities such as mime-type name parsing). This makes Falcon easier to test and deploy.
Flexible: Falcon doesn’t restrict developers when choosing libraries with respect to databases, authorisation, etc. Developers can select their preferred libraries, which match the requirements of the current project’s scenario.

Falcon’s feature set
Some of the major features of Falcon are listed below:

Installation
As stated earlier, Falcon is a high-performance framework. Official documentation recommends the use of PyPy to achieve optimal performance. PyPy is an alternative implementation of Python, which is comparatively faster. Speed, memory usage and compatibility are its major features. To explore further, navigate to http://pypy.org/.

The installation of Falcon is simple and quick. It can be installed using Pip, as shown below:

Web Server Gateway Interface (WSGI)
Falcon communicates through WSGI, which is a specification used for interfacing Web servers and Web applications or frameworks for the Python language. WSGI was built to promote portable Web application development. Two major advantages of WSGI are listed below:

To provide a Falcon app, we need a WSGI server.  There are many choices listed in http://wsgi.readthedocs.io/en/latest/servers.html. The popular ones among the developer community are featured in Figure 2 and listed below.

Installation of any one of these WSGI servers is required for Falcon. You may choose gunicorn or uwsgi, and install them using the Pip command as shown below:

Falcon – a simple example
To run a Falcon app, you simply need to install Falcon and Gunicorn using Pip commands. Let’s consider a simple example that displays a message.

To run this code, use the following command:

The output can be viewed by directly opening a browser and navigating to the URL, localhost:8000/things (as shown in Figure 3).

Otherwise, the output may be viewed through a terminal with the help of Curl, as shown below:

Primarily, Falcon maps the incoming resources to entities called ‘resources’. Resources are nothing but Python classes, which include a few methods and a specific naming convention.  For any HTTP method that you plan your resource to support, you have to add an ‘on_x’ class method to the resource. The ‘x’ here indicates any one of the standard HTTP methods listed below:

The request object can be used to read the headers, query parameters and the request body. The following code snippet illustrates response handling:

The code snippet to handle a POST request and store an image is shown below:

After this, fire a POST request as shown below:

Replace yourfile.jpg with the name of the file you want to POST.  You may notice that the storage directory that you have specified in the code has a copy of the image yourfile.jpg.  Similarly, GET can also be processed. The complete code snippet is available at http://falcon.readthedocs.io/en/stable/user/tutorial.html.

Falcon error handling
Falcon offers a set of exceptions that you can raise when something doesn’t go as per plan.  The following items may be used for this purpose:

A code snippet to handle the HTTPNotFound is shown below:

To summarise, Falcon is handy when you want to set the dependencies to the lowest possible level. Its high performance with a clean REST architectural style makes it a good option to try out. One other major advantage of using Falcon, apart from it being lightweight and high in performance, is the availability of extensive documentation and an active community.