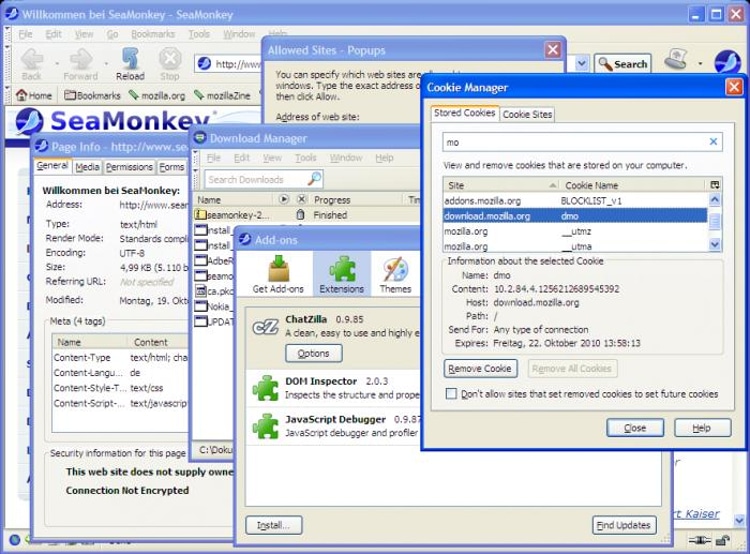 SeaMonkey, an open source internet suite by Mozilla, has received a second big update before the end of 2016. The latest update is built on Firefox 49.0 browser and comes preloaded with support for HTML5.

Dubbed as SeaMonkey 2.46, the new update brings quite a few improvements over its previous release. There is the anticipated HTML5 support to deliver developers the latest web experience. It lets you watch fullscreen videos from a compatible site such as YouTube. In addition, the all-in-one internet application suite now includes improved JavaScript speed as well as hardware acceleration.

The major release of SeaMoney comes in 26 international languages. Notably, the new version has also eliminated some stuff from its predecessor that include Chatzilla, Lightning calendar and DOM inspector extension. But you can still manually add any of them from Mozilla’s add-on repository.

SeaMonkey 2.46 is designed for Linux, Windows and Mac devices. However, the Citrix receiver does not work on the Mac version by default. It can be enabled from the add-ons manager.

You can download the SeaMonkey 2.46 release on your system directly from the official SeaMonkey project website. It comes bundled with the Firefox developer tools to help you build some interesting web offerings.