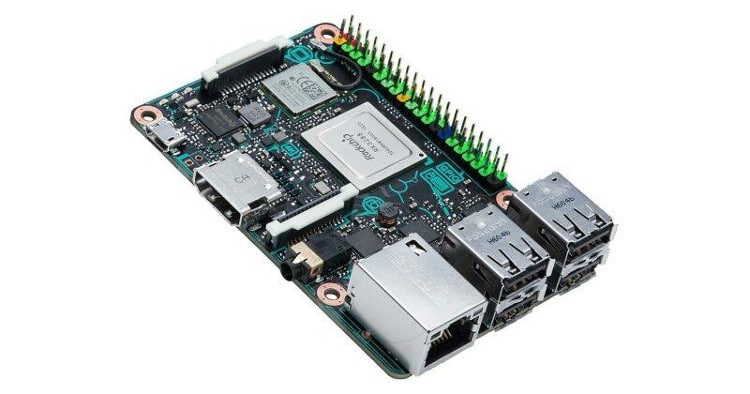 A long time after playing successfully in the field of motherboards, Asus has now been pleasing hobbyists and engineers with its Raspberry Pi-alike single board computer called the Tinkerboard. The latest development gives accessory makers and shield developers another reason to prefer Raspberry Pi for their future innovations.

The Asus Tinkerboard is purely identical to Raspberry Pi; no matters whether you look at its I/O header, connector pins or even the location of ports. This makes the new board compatible with the existing accessories of Raspberry Pi.

However, there are certain changes on the hardware front. The Asus Tinkerboard has a Rocketchip RK3288 chipset with a 1.8GHz quad-core ARM Cortex-A17 CPU, while the currently available Raspberry Pi 3 Model B comes with a Cortex-A53 processing unit. Nevertheless, the Asus board has twice the memory capacity compared to the youngest Raspberry Pi 3 model.

Asus has not yet revealed any concrete details about the Tinker board. But a leaked SlideShare presentation suggests that the board would run on a Debian platform. This would not be the Raspbian operating system of Raspberry Pi but is likely to be an open source offering for the community.

While Asus is maintaining silence on its price and availability, the Tinkerboard is already listed online at £45.83. This is higher than the £28 price of the Raspberry Pi 3.

Asus might not need to develop a strong community for its Tinkerboard, as most of the developments from the Raspberry Pi world would be compatible with the new hardware. However, marketing a new board against the highly popular single-board computer would be a difficult task for now.