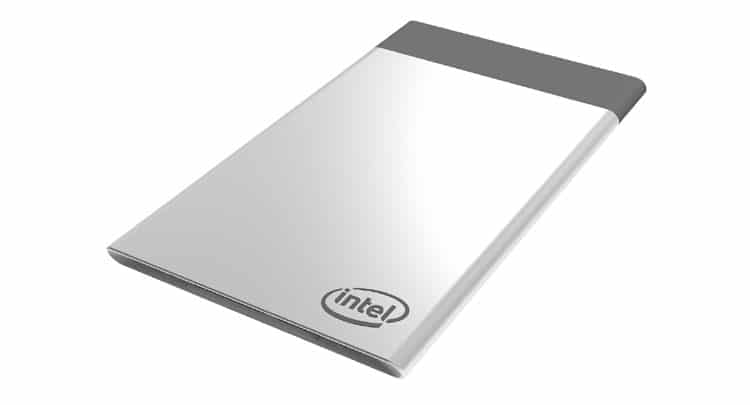 Intel has expanded its developments around Internet of Things (IoT) by launching an all new compute module called the Compute Card. The latest offering comes in a credit card-size build to enable smart computing for IoT devices.

The Intel Compute Card comes Kaby Lake CPUs and has a dedicated memory, storage and wireless connectivity options such as Bluetooth and Wi-Fi. Additionally, the chip maker has offered various I/O connectivity options to enable the credit card-sized computing device for security cameras and IoT gateways.

“Intel has been a leader in delivering technology to help realise the benefits of the Internet of Things and enable more smart and connected devices. The Intel Compute Card is being developed with that in mind, to transform the way compute and connectivity can be integrated and used in the future device,” Intel writes in a statement.

To give early focus to the Compute Card, Intel has been working with partners including Dell, HP, Lenovo and Sharp. There are also some regional partners such as Seneca Data, InFocus, DTx and Pasuntech. This would help bring the latest development to various connected devices in the coming future.

The launch of Compute Card comes years after Intel stepped into the world of single-board computers with its Compute Stick. While the thumb drive-alike Compute Stick was promoted as an alternative to a basic computer, the new device is primarily designed for IoT enablers.

Intel will start selling the Compute Card starting the middle of this year. It would be targeted mainly at device makers, instead of end customers.