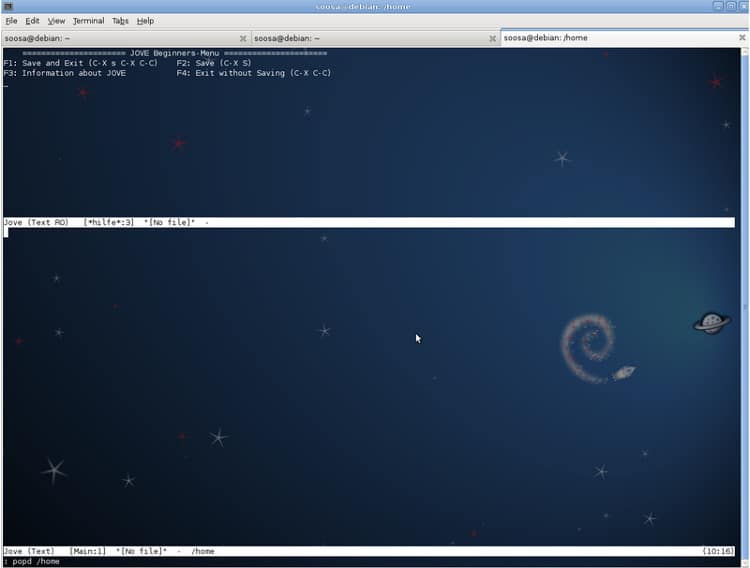 Linux users already had some choices when it comes to choosing an editor. But following the footsteps Emacs, Jove has emerged the closest alternative to the iconic Vim editor.

Developed by open source contributor Jonathan Payne, Jove (Jonathan’s Own Version of Emacs) is a small yet powerful Emacs version. It is capable of handling your day-to-day needs and comes with all built-in features that were previously available on Emacs.

If you are a first time Jove user, you might feel that some functions are missing. It could either be because of Jove’s limitations or because you are not using Lisp anymore. However, this minimalistic utility tool is sufficient enough to make editing text much easier on Linux.

Jove offers customisations through some simple lines of code. Furthermore, it has the option to search all possible commands in an easy way. These features make the tool a good replacement for Vim.

Initially, the Jove package is available on Debian and Fedora. But you can rebuild its package to match your distribution. The package executive is 150K in size.