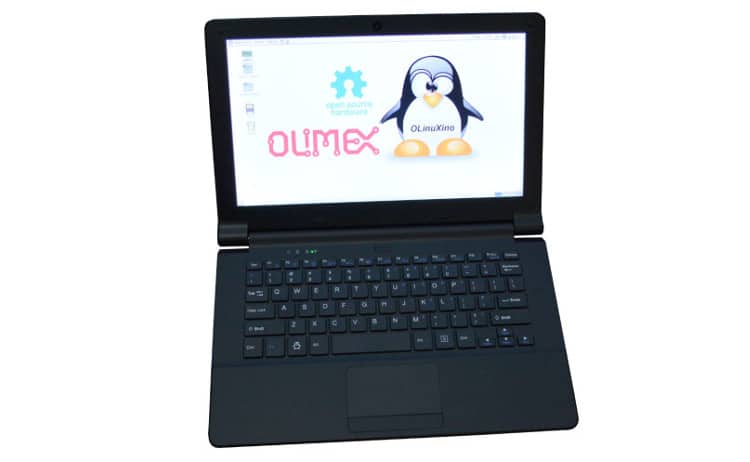 Olimex, the open source DIY hardware company, has released design components to let you build your own modular Linux laptop. You can either download CAD files to design the hardware by your own or buy a semi-finished Olimex Teres 1 laptop for an as low price as $240.

The Teres 1 project by Bulgarian hardware maker Olimex is powered by an open source software from KiCad. It comes with customisable hardware specifications to match your needs, and the project leverages Raspberry Pi and Arduino boards. Additionally, you can even replace Linux with Android as the default operating system on the DIY laptop.

Olimex has released the CAD files for the Linux laptop on its GitHub page. There are also basic schematics for the required hardware components as well as instructions to arrange hardware components like printed circuit boards (PCBs), motherboard, keyboard, display and some Linux drivers.

If you prefer the semi-finished Olimex Teres 1, it comes bundled with a touchpad, camera sensors, battery, antennas, display components, cables and a keyboard. There are also I/O sources such as a headphone jack and USB port as well as a power button.

Once the components are assembled in an appropriate form, you will have the room for a quad-core Cortex A52 chipset along with 4GB of flash storage, 11.6-inch LCD panel and 7,000mAh battery.

Olimex is selling some expansion components alongside the default DIY kit to let you uplift the computing experience. There are PCB parts and sensors to bring touch support to the laptop.

The Olimex Teres 1 is expected to gain enough attraction from the open source community. Meanwhile, the hardware maker is showcasing the DIY laptop at the forthcoming FOSDEM open source conference in Brussels.