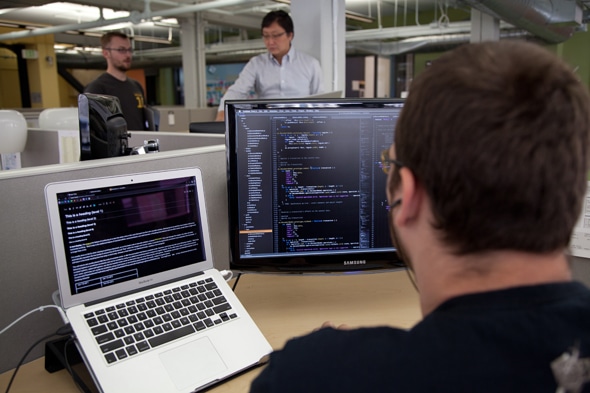 As Git has become the need of the hour in this fast-moving world of code, Microsoft has brought its Git Virtual File System (GVFS) to deliver an upgraded coding experience. This new solution is an answer to all the existing Git systems and is available as an open source offering to attract developers.

Microsoft’s GVFS is aimed to help Git clients scale to repositories of any size. This would overcome the challenges of storing a large number of files and is likely to help you preserve your precious codebase.

GVFS virtualises the file system right at file system level to makes it appears as though all the files in your repository are present. But it only downloads files locally the first time you opened them. This helps you save your hours of efforts in downloading a single file. Also, you do not need to apply any changes to your IDEs and build tools to make the new solution operable.

Microsoft claims that with its open source GVFS, a clone can be built in a few minutes instead of over 12 hours, a checkout takes 30 seconds against two to three hours and a status takes four to five seconds instead of ten minutes.

Limitations in the initial stage

Though Microsoft’s team is internally testing GVFS ahead of its formal release, its open sourced version is also already available with all relevant code and materials on GitHub. This developer-focused version is likely to have some limitations in the initial stage.

“Feel free to give it a try, but please be aware that it relies on a pre-release file system driver. The driver binaries are also available for preview as a NuGet package, and your best bet is to play with GVFS in a VM and not in any production environment,” explains Saeed Noursalehi, principal program manager at Microsoft, in a blog post.

The developer team is set to improve GVFS over time. Meanwhile, you can get the upgraded Git with changes for GVFS-backed repositories from the official Git repository. You can also access the protocol extension that the solution uses to integrate third-party services.