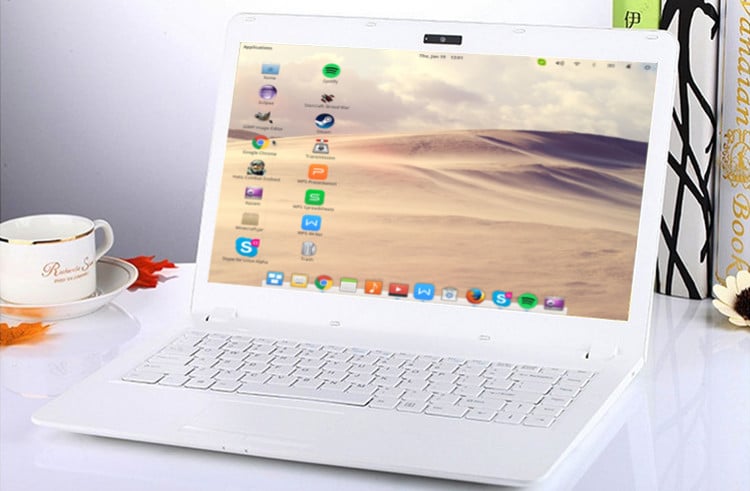 The Linux community has been pleased with the arrival of a new Linux notebook that brings a full-fledged computing experience at a price of a Chromebook. Designed by hardware manufacturer Litebook, the new offering runs on Ubuntu-based elementary OS.

The notebook, dubbed Alpha Litebook, features a 14.1-inch 1920×1080 (full-HD) display and is powered by a 1.6GHz quad-core Intel N3150 Celeron processor. There is 4GB of RAM and a 512GB hard drive. You also go for a higher version that includes a 32GB SSD alongside the built-in hard drive.

Litebook has provided connectivity options such as an Ethernet port, two USB 3.0 ports, HDMI and a microSD XDHC card slot. Also, the Linux notebook comes preloaded with a battery pack that can last for up to nine hours.

Alongside a decent hardware, the Alpha Litebook has various open source software solutions. You can find applications such as Google Chrome, Steam for Linux, Spotify, PlayOnLinux and WPS Office on the available elementary OS ecosystem.

The Alpha Litebook is available through its official website with a starting price of $249.