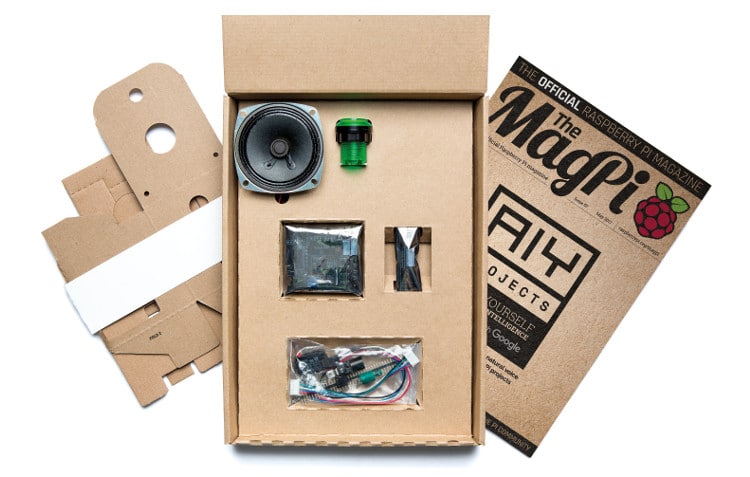 Raspberry Pi Foundation has partnered with Google to launch a special DIY kit. The innovative kit has been bundled with the MagPi 57 magazine and is designed to enable Raspberry Pi to build solutions such as Amazon Echo and Google Home.

Called the ‘Artificial Intelligent Yourself’ (AIY), the kit comes with a Google Voice Hardware Attached on Top (HAT) accessory board and includes components such as a stereo microphone, large arcade button and a selection of wires. Google has also provided its iconic cardboard case that houses the entire kit in a neat and clean form — similar to Google Cardboard.

“The folks at Google, along with us at the MagPi, are really excited to see what projects you can create (or enhance) with this kit, whether you are creating a voice-controlled robot or a voice interface that answers all your questions,” said Rob Zwetsloot, features editor for the MagPi magazine.

You need to use your Raspberry Pi 3 to begin the action with the AIY kit. Also, Google has provided access to the recently developed Google Assistant SDK and Google Cloud Speech API to let you easily build the next Amazon Echo or Google Home.