HPE develops Linux-powered computer that can feature 160TB of memory 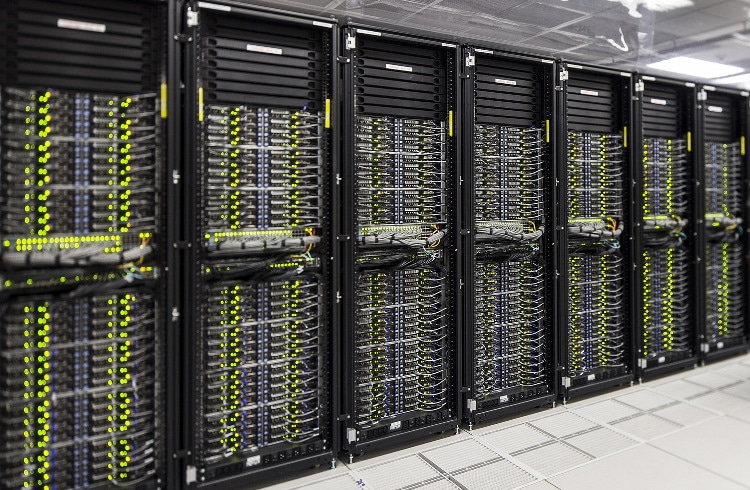 Hewlett Packard Enterprise (HPE) has announced The Machine, a prototype of its unique computer that can sport a single bank of up to 160 terabytes of memory. The new offering is specifically designed to solve problems in the era of big data.

HPE claims that The Machine is going to be the world’s largest single-memory computer. The project could be a significant breakthrough in computing.

According to Mark Potter, CTO of HPE, the architecture of The Machine can be applied to every computing category — starting from edge devices to supercomputers. The very first prototype of the system is already capable to simultaneously carry and process nearly 160 million books at a time. There are 40 physical nodes to bring 160TB of shared memory.

“We believe Memory-Driven Computing is the solution to move the technology industry forward in a way that can enable advancements across all aspects of society,” said Potter, in an official statement.

HPE’s R&D division has been working on the project for a long time. Further, The Machine has proven the potential of memory-driven computing and is expected to be the first of its kind to hold and manipulate whole data sets of this size in a single memory system.

The high-end architecture can be easily scaled to an exabyte-scale single-memory system. With the high amount of memory and simultaneous processing, The Machine has opened up a large number of use cases.

The computer is powered by a Linux-based OS that runs on a ThunderX2 ARMv8-A workload system. Moreover, its nodes are interconnected together with a high-performance fabric protocol to deliver a faster experience.