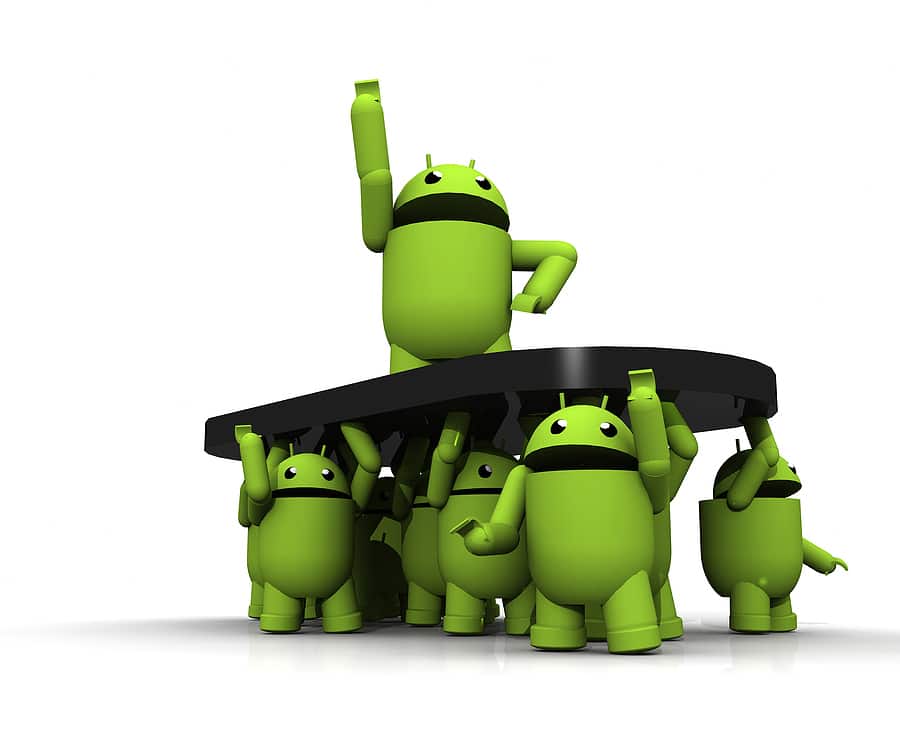 Do you have a great app idea that could be a hit in the market? With an augmentation in the  smartphones usage  every year, the demand for mobile apps is evolving at a reckless pace. If you intend to develop an Android app in 2017, here are some statistics that will help you understand the competition in the Android app market.

Above statistics clearly depicts that Android is highly popular amongst smartphones users, and the demand for mobile apps is also accelerating. But that does not mean success can be easily gained. The mobile app you develop should be easy to use on the grounds of usability and functionality. Here, we are featuring five things that you need to consider while developing an Android app.

Before developing an Android app, you need to conduct a proper market research. Studying the market will give you an idea about the strengths and weakness of  the competitors along with their adopted practices and strategies.

The information about your competitors will also proven to be useful while getting into an app development. A complete analysis of competitors and shortcomings reduces the probability in the mistake re-occurrence, hence, as a result a sophisticated mobile app is developed. Customer reviews should also be part of your research as it outlines the basic needs and requirements of the user. Thus, a user-centric app is developed pertaining to their interests and concerns.

Design is an important aspect of your Android app, and you should focus on improving efficiency and functionality of your Android app. It is a good practice to read Google’s design guidelines that speak about material design topics like layout, styles and patterns.

When it comes to delivering optimal user experience, small things matter. Things like screen transitions, sound effects impress the end-user and enhance the overall app experience. Try to serve something different as there are millions of Android apps that are willing to capture users’ attention. You need to create a design that is engaging and is inclusive of highly functional features.

A good design might attract users to try your app for the first time, but it is the efficiency that will help retain the user. You need to ensure the app efficiency is pertaining to all aspects. For instance, you need to ensure that the loading time for an app is minimal enough to let users discard the app at that very instant. Also, data consumption is important for users and hence data efficiency and consistency should be judicially targeted. Android apps that consume large amounts of data may have few takers when compared to those apps that have smaller data consumption.

Though there is no exact figure available, on a rough scale of around 1,250 apps are added daily on Google Play Store. Hence, creating a buzz about your Android app is essential for its success as your app needs to stand out in the crowd.

You need to ensure the pre-launch app marketing campaign with a proper time framework. According to a leading mobile development company, many businesses fail to execute a marketing plan that ultimately hampers the success of the mobile app. In fact, it is always recommended to start pre-launch app marketing at least two-three weeks before the actual release so as to develop a thrill and curiosity amongst the user for its usage.

According to mobile app developers, no mobile app should be released prior testing. Ample of testing techniques are being executed for creating usable products for executing the user task in a clear and  simple manner.

Testing allows you to see the app through the  end user’s viewpoint. The most important thing testing demonstrates is whether your Android app is easy to use and delivers high performance to satisfy the user. Testing your mobile app before release will allow you to fix any bugs or error that may hamper the user experience.

After a successful alpha testing round (done by independent test team), you can proceed to the beta testing stage which is done by selective end users. Learn as much as you can from beta testers – their experience, problems they faced, features they liked or disliked and improvement suggestions. Also, try to improvise on everything as per your observations.

There is no guarantee for success. However, by considering above things you can ensure the Android app you create has many takers.