What makes Dart an easy, scalable and multi-purpose programming language 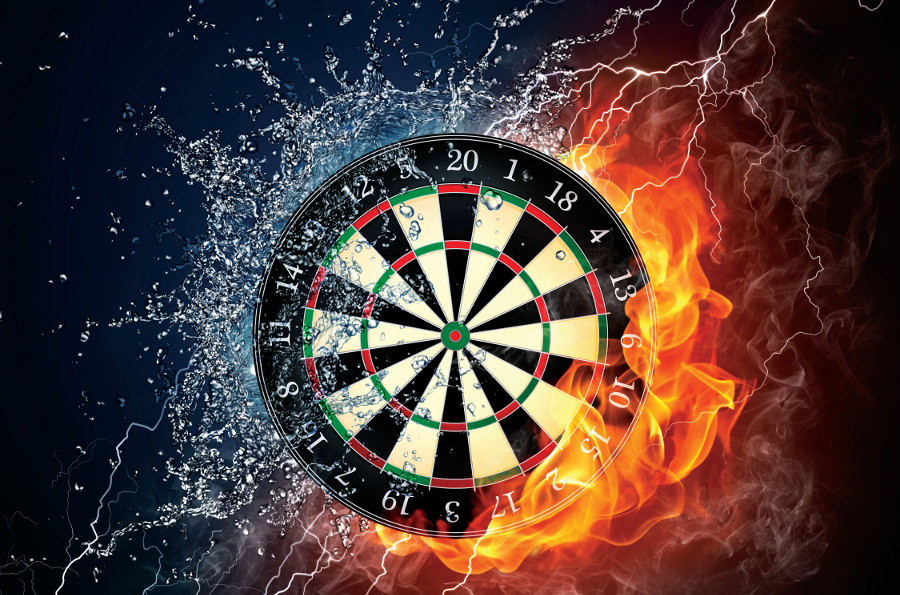 If you are looking for an application programming language that is easy to learn, highly scalable and deployable everywhere, then do try Dart. This article introduces readers to its exciting array of features.

Dart is a programming language developed at Google. The primary developers behind it are Lark Bak and Kasper Lund. Dart was first released in October 2011, and the latest stable release is version 1.22, which came out in February 2017. The consistent updates to Dart indicate its active development.

Dart is cross-platform and supports all major operating systems. It is open source and available with a BSD licence. It is recognised as an ECMA standard.

According to the official documentation, Dart is a long-term project with ambitious objectives. The core objectives, illustrated in Figure 1, are:

The Dart code can be executed in four different ways (see Figure 2):

If you prefer to start writing your first Dart program without any installation or configuration, then DartPad is the right choice for you. The DartPad interface is plain and simple. Write your code and click ‘Run’ to execute the code. The output is also shown within the DartPad window itself, as shown in Figure 3.

DartPad introduces users to the world of Dart programming. The support for libraries in DartPad is restricted to the basic level. To include various libraries, users can have a local installation of the Dart SDK.

Shown below is a simple Dart program with a user defined function:

main() is the function that the application execution starts from. This sample program initialises a variable and calls a user defined function printOSFYIssueNumber(). The function takes one numeric argument. In the function, the type of the argument is ‘num’. In Dart, ‘num’ denotes the ‘number’ type. There are two sub-types to ‘num’. These are ‘int’ and ‘double’.

As you might have observed, the function definition doesn’t require any specific keyword. It merely involves the use of the function name and the optional arguments. The object-oriented attribute has been given emphasis in the design of the Dart programming language. The functions are objects in Dart. They belong to a type called ‘Function’. What this implies is that the functions can also be assigned to other variables, and they can be supplied as arguments to other functions.
The comments are prefixed with //. The ‘print()’ function is used to output the value to the user.

Another interesting feature of Dart is ‘Method Cascading’. To perform this, the operator used is ‘..’. It is the double dot operator.

As stated in the beginning of this article, Dart is a general-purpose programming language. It is used to build applications belonging to various types. The three major types of apps that can be built with it are listed below:

As per the official documentation, Google uses Dart for building critical Web apps. It is utilised with AngularDart. Google’s internal CRM is also built using Dart. Apart from the search giant, many other reputed companies also use Dart for their critical Web apps.

In the case of Dart Web apps, the contents of the HTML elements can be manipulated dynamically from Dart code. A simple ‘countdown’ timer code follows.

Place this code in DartPad and click Run. In the output window (HTML), you will notice the countdown from 100 to 0. The HTML element ‘<h1>’ is accessed with the querySelector() function. Here, the ‘id’ is supplied as input. Then the contents are dynamically modified by using the ‘text’ attribute.

The dart:html library is utilised in the above program. It is a wrapper around the DOM (Document Object Model) and Window API. Due to the availability of this wrapper library, the developer need not worry much about browser support.
Important advantages of building Web apps with Dart are:

In the application development model of Flutter, everything is a widget. Flutter has a unified object model in which all components are widgets. In Flutter terminology, a widget can be used to define all of the following: structural elements, style elements, layout, and even the business logic.

The three most fundamental Dart libraries are listed below:

The libraries in Dart are imported with the help of ‘import’, as shown below:

Apart from the above-mentioned core libraries, there are various other libraries. Some of them are listed below:

The package manager of Dart is called ‘pub’. The Dart applications specify the ‘pubspec’, which lists the dependencies for that application. For example:

After the specification of ‘pubspec’, navigate to that directory and execute ‘pub get’ as shown below:

The dependencies can be upgraded later with the following command:

In this article, the code written in Dart is executed using DartPad. However, as stated earlier, for advanced tasks, it would be better to have an IDE installed in the local machine. The official documentation has recommended the WebStorm IDE.
In the case of Web app development, the Dartium browser can be used.

Apart from the Dartium browser, the other command line tools such as pub build (for building a Web app) and pub serve (for serving a Web app) can also be used.

There are a few other important Dart tools such as:

To summarise, Dart is an interesting programming language with features to facilitate Web, mobile and command line apps. Its major advantages are its stability and support base. The SDK is constantly updated and, at the same time, is very stable. In the case of Web applications, the combination with AngularDart makes it a very powerful tool. The mobile application development platform, Flutter, enables the building of apps for both Android and iOS from the same codebase. Overall, Dart is a programming language that is easy to learn, and it enables the developer to build various types of apps.

- Advertisement -
Previous article
A guide to start programming in Perl, PHP and Python
Next article
Python: The user-friendly language for coding