A guide to start programming in Perl, PHP and Python

Perl, PHP and Python are three very popular and easy-to-learn programming languages, each with their own advantages and disadvantages. Newbies venturing into the field of programming will find this guide interesting and instructive.

To be a good programmer, mastering one programming language is not enough. In fact, it is very important to understand a customer’s requirements and choose the best available language for the task. It’s easy to shift from one programming language to another language if you know them very well. But there are so many programming languages in the world. Each has its own advantages and disadvantages. By leveraging all the advantages of different languages, a programmer can build a robust application. There are different factors which need to be considered, such as the functionality of the application, support for new features, the platform on which the application will run, performance, security, code size, community and support.
Today, let’s examine the three Ps: Perl, PHP and Python. All these three languages are dynamic and powerful in their own way and can be used in different scenarios, but they are most commonly used to build Web applications and for scripting.

Perl is a general-purpose, high-level, dynamic programming language. Currently, Perl 5 is the most popular version of it, while the latest version is Perl 6. Perl is derived from different languages like C, AWK, Sed and Shell Script.
Perl is most powerful in string manipulation and regular expressions. It is very useful while parsing huge amounts of data, line by line or based on specific regex. It is also useful for Web development, systems administration, network programming and game development.

The biggest advantage of Perl is that there are many ways to do the same thing. But, sometimes, this advantage creates problems in terms of resulting in non-structural or bad code style.

Though Perl has been around for a long time, its growth has been slow compared to some other languages and, yet, it has survived. Huge community support and built-in modules make it very popular.

Catalyst, Dancer and Mojolicious are some frameworks that use Perl.

Shown below is the basic syntax for Perl. The extension for Perl files is .pl or .pm, which is based on a file or module:

PHP is also a general-purpose language but is mainly used for Web development. It’s a server-side scripting language designed by Rasmus Lerdorf. It is very popular for small or medium level website development compared to other languages. It is also used by some giant firms like Facebook, YouTube, and Yahoo! Nowadays, there are a lot of frameworks built on PHP, which compete with Python and Perl. Though demand for Python is increasing, PHP is still very popular in both small and large organisations. The current version of PHP is 7.1.2.

PHP is still very popular and is one of the top-10 languages used by Web developers to create dynamic websites. Web developers should definitely learn PHP to kickstart their careers.

Laravel, Symfony, CodeIgniter and Phalcon are some of the popular frameworks.

Python is a general-purpose and high-level programming language designed by Guido van Rossum in the late 1980s. It’s very elegant and easy to learn. Nowadays, a beginner’s first priority is to learn Python. It supports multiple paradigms —functional, imperative, procedural and OO (object oriented). Python is an all-round language. Since it’s often a first choice, it can be found everywhere. It can be used in testing, automation, Web development, data analytics, cloud computing, mobile development and game development. Python uses indentation to identify the block, and this eliminates the need for curly brackets and the colon. Python’s philosophy is different, which is, “There is only one way to do the things and it’s called the Pythonic way.” The current version of Python is 3.6.0.

Python has been bestowed the TIOBE Programming Language of the Year award in 2007 and 2010. The TIOBE index measures the growth and popularity of the language over the period of one year.

Django, TurboGears, Web2py, Bottle, CherryPy, Flask and Pyramid are some of the popular frameworks.

Python syntax is very neat and clean. The extension of the file is .py.

So which is the best programming language to learn and use?

If Web development is the first priority, then PHP is the first preference. For test automation and scripting, Python and Perl are very popular. There are lots of frameworks available in all three languages, and since community support is good, you will never be stuck with a particular problem.

PHP has lots of popular CMS frameworks available like WordPress, Joomla and Drupal. Any newbie can deploy websites easily using these frameworks. There are lots of plugins available for these frameworks and almost all the major functionalities are covered. Similarly, Python has the Django framework, which is very popular and most Python lovers use it for Web development.

My advice would be to learn all three languages and use them based on the situation. Beginners can start with Python as it is very easy, and later jump into learning PHP and Perl, in that order. The basic logic for all the programming languages is the same and the only difference is in terms of the syntax. Usually, the person who knows one language can easily migrate to another language very quickly.

These are never ending discussions on all the forums about which is the best programming language for career growth. My advice would be to learn one language very well. Pick the one you feel comfortable with and slowly venture into exploring the other two.

I will go with Python as it is evolving very fast and is easy to learn. The use cases of Python cover a very broad range. It is used in almost every IT segment and, by learning this language, you can do wonders in all those segments. So I prefer Python.

The most important thing is to learn the Pythonic way of writing a code. Here are a few examples.

Example 1: The ‘non-Pythonic’ way of writing a code:

The Pythonic way of writing the same code:

The Pythonic way of writing the same code:

Another Pythonic way of writing the same code:

Example 3: A short program for reversing a string is shown below: 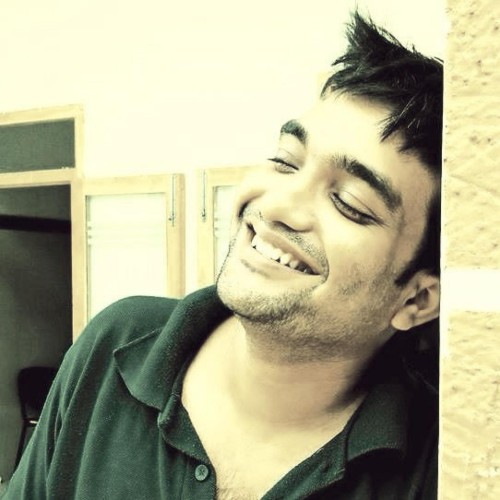 Maulik Parekh
The author has an M. Tech degree in cloud computing from VIT University, Chennai. He has rich and varied experience at reputed IT organisations.