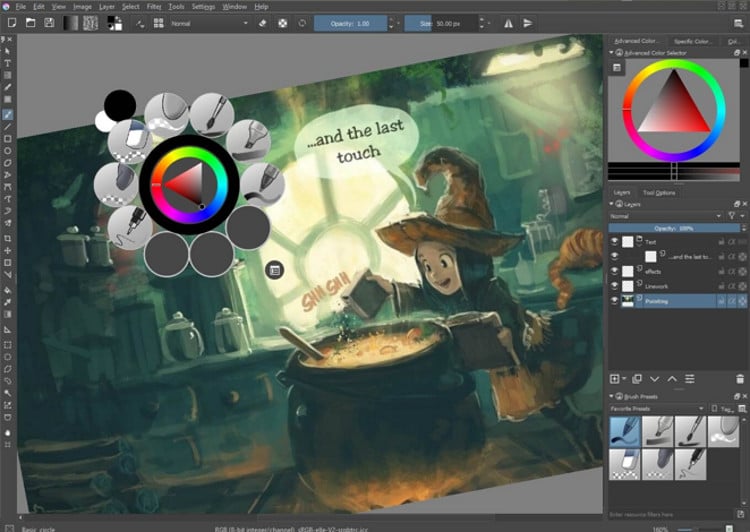 It is been just a month since Krita 3.1.3 was released in early May. And now, it’s the time for the new release. The new minor update has improved loading time of GIMP 2.9 files. The firm format used to crash while attempting a quickly cycle through layers that contain a color tag.

It is worth noting that GIMP 2.9 file format is not officially supported by Krita. Nevertheless, its development team has fixed the crashing issue in v3.1.4.

With the new version of Krita, you can no longer hide the template selector in the ‘New Image’ dialog. But the menu entries in the macro recorder plugin in Krita are still visible. However, you can expect them to be removed in subsequent updates.

Krita 3.1.4 also patches a crash which occurred while attempting to play an animation with OpenGL option active.

Among the list of minor bug fixes, Krita has fixed a crash that could occur during closing the last view on the last document. Krita 3.1.4 also improves rendering of animation frames.

Krita 3.1.4 being the bug fix and stability release is a recommended update for all the users. The latest version is available for Linux, Windows and macOS on the official website.