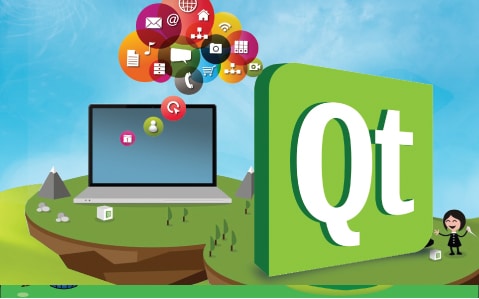 Qt Project has announced the launch of Qt 5.9. The latest version of the open source cross-platform application framework is a long-term supported (LTS) build and is designed to deliver better performance and stability.

In addition to the tweaks to Wayland, Qt 5.9 has a new version of Qt Creator and the advanced Qt Quick Designer that has a built-in code editor.

Additionally, the fresh Qt has expanded applications’ availability by adding support for QNX 7.0 and Integrity OS. There is also a size optimised mode to support compiling of Qt apps with a saving of nearly 5-20 percent. You can observe the improvement in Qt libraries as well as your applications.

Users have reported over 2,000 bugs since the beta release of Qt 5.6. There are also improvements related to the issues surfaced from the Qt 5.9 beta version.

The source tarball of Qt 5.9 is available on the official website. You can download the latest build from the official Qt site.