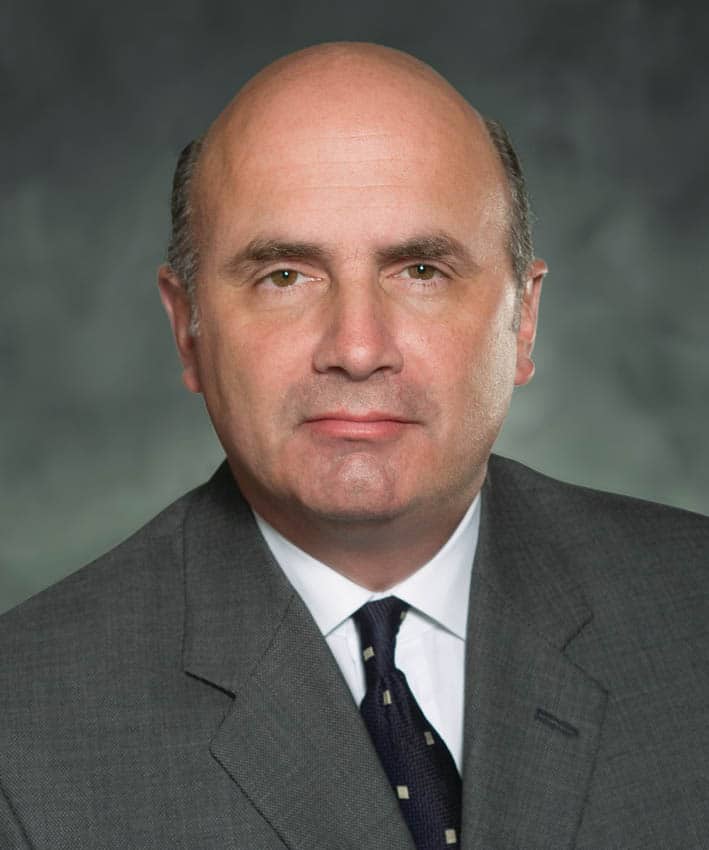 The Open Invention Network was set up in 2005 by IBM, Novell, Philips, Red Hat and Sony. As open source software became the driving force for free and collaborative innovation over the past decades, Linux and associated open source applications faced increased litigation attacks from those who benefited from a patent regime. The OIN effectively plays the role of protecting those working in Linux. It is the largest patent non-aggression community—with more than 2,200 corporate participants and financial supporters such as Google, NEC and Toyota. But how exactly does it protect and support liberty for all open source adopters? Jagmeet Singh of OSFY finds the answer to that in an exclusive conversation with Keith Bergelt, CEO of Open Invention Network. Edited excerpts…

Q What does the Open Invention Network have for the open source community?

The Open Invention Network (OIN) is a collaborative enterprise that enables innovation in Linux and other open source projects by leveraging a portfolio of more than 1,200 strategic, worldwide patents and applications. That is paired with our unique, royalty-free licence agreement.

While our patent portfolio is worth a great deal – in the order of hundreds of millions of dollars – any person or company can gain access to OIN’s patents for free, as long as they agree not to sue anyone in the collection of software packages that we call the ‘Linux System’. A new licensee also receives royalty-free access to the Linux System patents of the 2,200 other licensees. In essence, a licensee is agreeing to support patent non-aggression in Linux. Even if an organisation has no patents, by taking an OIN license, it gains access to the OIN patent portfolio and an unrestricted field of use.

Q How has OIN grown since its inception in November 2005?

As Linux development, distribution and usage have grown — so too has the desire of leading businesses and organisations to join OIN. In addition to the benefit of gaining access to patents worth hundreds of millions of dollars, becoming an OIN community member publicly demonstrates an organisation’s commitment to Linux and open source. These factors have led OIN to grow at a very significant pace over the last five years.

We are now seeing new community members from across all geographic regions as well as new industries and platforms that include vehicles, NFV (network function virtualisation) telecommunications services, Internet of Things, blockchain digital ledgers and embedded parts.

Q How did you manage to build a patent ‘no-fly’ zone around Linux?

At the heart of OIN is its powerful cross-licence. Any organisation, business or individual can join OIN and get access to its patents without paying a royalty even if the organisation has no patents. The key stipulation in joining is that community members agree not to sue anyone based on a catalogue of software libraries we call the Linux System.

Q What were the major challenges you faced in building OIN up as the largest patent non-aggression community?

There is no analogy in the history of the technology industry for OIN. Where people really struggled was in understanding our business model. Because we do not charge a fee to join or access our patents, it was challenging for executives to grasp the fact that OIN was created to help all companies dedicated to Linux. For the first few years of our existence, this aspect created uncertainty as it is not common for leaders like IBM, Red Hat, SUSE, Google and Toyota to come together to contribute capital to support a common good with no financial return. But instead of seeking a financial return, these companies have had the foresight to understand that the modalities of collaborative invention will benefit all those who currently rely on, as well as those who will come to rely on, open source software. In this transformation arise market opportunities and a new way of creating value in the new economy which is open to all who have complementary technology, talent and compelling business models.

Low-quality patents are the foodstuff of NPEs (non-practising entities) and organisations looking to hinder their competitors, because their products are not competitive in the marketplace. OIN has taken a multi-pronged approach towards eliminating low-quality patents. We have counselled and applaud the efforts of the USPTO (United States Patent and Trademark Office), other international patent assigning entities and various government agencies in the EU and Asia that are working to create a higher bar for granting a patent. Additionally, in the US, Asia and the EU, there are pre-patent peer review organisations that are working to ensure that prior art is well catalogued and available for patent examiners. These initiatives are increasingly effective.

Q What are the key steps an organisation should take to protect itself from a patent infringement claim related to an open source deployment?

A good first step is to join the Open Invention Network. This gives Linux and open source developers, distributors and users access to very strategic patents owned directly by OIN, and cross-licensed with thousands of other OIN community members. Another significant step is to understand the various licences used by the open source community. These can be found at the Open Source Initiative.

Q How do resources like Linux Defenders help organisations to overcome patent issues?

We encourage the open source community to contribute to defensive publications, as that will help to improve patent examination and therefore will limit the future licensing of other patents. Linux Defenders aims to submit prior art on certain patents while they are at the application stage to prevent or restrict the issuance of these patents. Finally, we educate the open source community on other defensive intellectual property strategies that can be employed to complement their membership in OIN.

Q Unlike the proprietary world, awareness regarding the importance of patents and licensing structures is quite low in the open source space. How does OIN help to enhance such knowledge?

We conduct a fairly extensive educational programme in addition to spreading the word through interviews and media coverage. We have speakers that participate at numerous open source events around the globe. Also, we help to educate intellectual property professionals through our support of the European Legal Network and the creation of the Asian Legal Network, including regular Asian Legal Network meetings in India.

Q In what way does OIN help developers opting to use open source technologies?

We believe that all products and services, and in particular those based on open source technologies, should be able to compete on a level playing field. We help ensure this by significantly reducing the risk of patent litigation from companies that want to hinder new open source-based entrants. We also provide developers, distributors and users of Linux and other open source technologies that join OIN with access to valuable patents owned by us directly, and cross-licensed by our community members.

Q As over 2,200 participants have already joined in with the founding members, have patent threats to Linux reduced now?

As the Open Invention Network community continues to grow, the amount of intellectual property that is available for cross-licensing will continue to grow. This will ensure that innovation in the core will continue, allowing organisations to focus their energies and resources higher in the technology stack, where they can significantly differentiate their products and services.

Q Where do you see major patent threats coming from — are they from the cloud world, mobility or the emerging sectors like Internet of Things and artificial intelligence?

Linux and open source technology adoption will increase as more general computing technologies become the key building blocks in areas like the automotive industry. Many of the computing vendors that have been aggressive or litigious historically may try to use a similar strategy to extract licensing fees related to Linux.

This is one of the reasons that companies like Toyota, Daimler-Benz, Ford, General Motors, Subaru and Hyundai-Kia, among many others, have either joined OIN or are very close to signing on. In fact, Toyota made a significant financial contribution to OIN and is our latest board member.

Q Don’t you think that ultimately, this is a war with just Microsoft?

In the last few years, Microsoft has taken some positive steps towards becoming a good open source citizen. We have and will continue to encourage it to join OIN and very publicly demonstrate its commitment to shared innovation and patent non-aggression in Linux and open source.

Q How do you view the integration of open source into major Microsoft offerings?

We see all this as recognition by Microsoft that its success does not have to come solely from proprietary software and standards. If it becomes a good open source citizen, it can also reap the benefits of innovation and cost efficiencies derived through the development, distribution and use of Linux. We have and will continue to cheer Microsoft to become an OIN licensee. This would publicly and tangibly demonstrate its support and commitment to patent non-aggression in Linux and open source.

Q In addition to your present role at OIN, you have successfully managed IP strategies at various tech companies. What is unique about developing an IP strategy for an open source company?

Over the last few years, as market forces have shifted, new legislation has been passed, and judicial precedents have been set – all technology companies have had to review their IP strategies. With the rapid adoption of open source by most technology vendors, it is becoming increasingly challenging to bifurcate organisations as open source vs non-open source.

We believe that today and in the future, successful companies — whether they are hybrid or pure-play open source companies — will take advantage of the benefits of shared core technology innovation. They will look to invest the majority of their resources higher in the technology stack. This move will help ensure the continued sales of their higher-value products through an IP strategy employing patents, defensive publications, or both—and by participating in an organisation like OIN.

Q Lastly, could it be an entirely patent-free future for open source in the coming years?