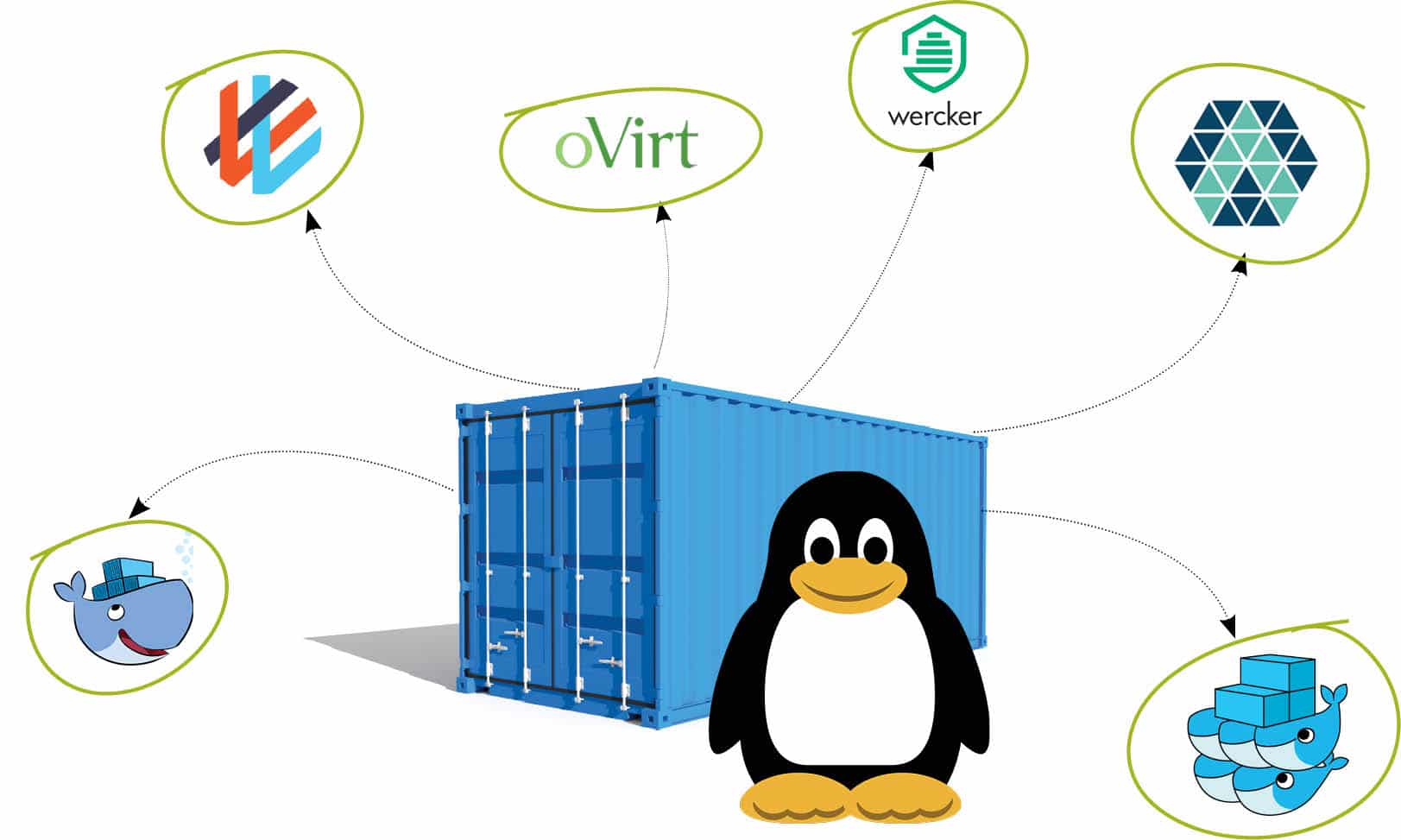 Container management and automation tools are today a great necessity, since IT organisations need to manage and monitor distributed and cloud/native based applications. Let’s take a look at some of the best open source tools that are available to us today for containerisation.

The Linux operating system, LXC, the building block that sparked the development of containerisation technologies, was added to the Linux kernel in 2008. LXC combined the use of kernel cgroups, which allow groups to be separated so that they cannot “see” each other, to implement lightweight process isolation.

Recently, Docker has evolved into a powerful way of simplifying the tooling required to create and manage containers. It basically uses LXC as its default execution driver. With Docker, containers have become accessible to novice developers and systems administrators, as it uses simple processes and standard interfaces.

Containerisation is regarded as a lightweight alternative to the virtualisation of the full machine, which involves encapsulating an application in a container with its own operating environment. This, in turn, provides many unique advantages of loading an application into a virtual machine, as applications can run on any suitable physical machine without any dependencies.

Containerisation has become popular through Docker, for which containers are designed and developed in such a manner that they are capable of running on everything ranging from physical machines and virtual machines, to OpenStack cloud clusters, physical instances and all sorts of servers.

The following points highlight the unique advantages of containers.

With the general adoption of cloud computing platforms, integrating and monitoring container based technologies is of utmost necessity. Container management and automation tools are regarded as important areas for development as today’s IT organisations need to manage and monitor distributed and cloud/native based applications.

Containers can be visualised as the future of virtualisation, and strong adoption of containers can already be seen in cloud and Web servers. So, it is very important for systems administrators to be aware of various container management tools that are also open source. Let’s take a look at what I consider are the best tools in this domain.

Apache Aurora is a service scheduler that runs on top of Apache Mesos, enabling users to run long-running services and to take appropriate advantage of Mesos’ scalability, fault tolerance and resource isolation. Aurora runs applications and services across a shared pool of host machines and is responsible for keeping them up and running 24×7. In case of any technical failures, Aurora intelligently does the task of rescheduling over other running machines.

Apache Mesos is an open source cluster manager developed by the University of California, Berkeley, and provides efficient resource isolation and sharing across distributed applications or frameworks. Apache Mesos abstracts the CPU, memory, storage and other computational resources away from physical or virtual machines and performs the tasks of fault tolerance.

Apache Mesos is being developed on the same lines as the Linux kernel. The Mesos kernel is compatible with every machine and provides a platform for various applications like Apache Hadoop, Spark, Kafka and Elasticsearch with APIs for effective resource management, and scheduling across data centres and cloud computing functional environments.

Docker Engine creates and runs Docker containers. A Docker container can be defined as a live instance of a Docker image, which is regarded as a file created to run a specific service or program in the operating system. Docker is an effective platform for developers and administrators to develop, share and run applications. It is also used to deploy code, test it and implement it as fast as possible.

Docker Swarm is an open source native clustering tool for Docker. It converts a pool of Docker hosts into a single, virtual Docker host. As Docker Swarm serves the standard Docker API, any tool communicating with the Docker daemon can use Swarm to scale to multiple hosts.

Unlike other Docker based projects, the ‘swap, plug and play’ principle is utilised by Swarm. This means that users can swap the scheduled backend Docker Swarm out-of-the-box with any other one that they prefer.

Kontena is an open source project for organising and running containerised workloads on the cluster and is composed of a number of nodes (virtual machines) and Master (for monitoring nodes).

Applications can be developed via Kontena Service, which includes the container image, networking, scaling and other attributes of the application. Service is highly dynamic and can be used to create any sort of architecture. Every service is assigned a DNS address, which can be used for inter-service communication.

oVirt is an open source virtualisation platform, developed by Red Hat primarily for the centralised management of virtual machines, as well as compute, storage and networking resources, via an easy Web based GUI with platform independent access. oVirt is built on the powerful Kernel-based Virtual Machine (KVM) hypervisor, and is written in Java and the GWT Web toolkit.

Weaveworks comprises a set of tools for clustering, viewing and deploying microservices and cloud-native applications across intranets and the Internet.

Wercker is an open source autonomous platform to create and deploy containers for multi-tiered, cloud native applications. It can build containers automatically, and deploy them to public and private Docker registries. Wercker provides a CLI based interface for developers to create Docker containers that deploy and build processes, and implement them on varied cloud platforms ranging from Heroku to AWS and Rackspace.

It is highly integrated with Docker containers and includes application code for easy mobility between servers. It works on the concept of pipelines, which are called ‘automated workflows’. The API provides programmatic access to information on applications, builds and deployments.