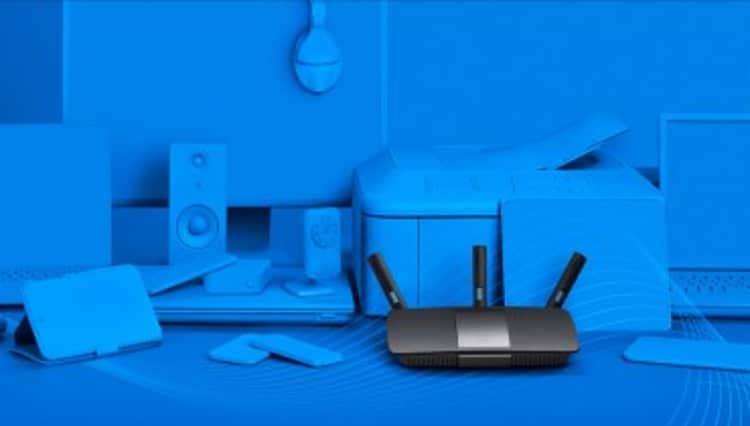 Choosing a correct Wi-Fi router is not an easy task considering technical terms that come into play like 5GHz, dual-band connectivity and so on. This article is thus created to chop out all the jargon and break down the important stuff you need to consider to get the best option for you.

Before we move further, you need to understand your own devices and situation first. This will help you decide which type of router could be your pick today. Following is the checklist that covers all the things you must take into account:

Your premise area and obstructions: Do you own a huge office? Or do you have walls and doors in between your room and where you generally place your router? You might need more antennas (and higher strength antennas), probably even a dual-band Wi-Fi. If you have a small-size workplace, most single/dual antenna should suffice.

Wired/wireless devices: You must take account of all the devices that will be using your new deployment. Do you need a router just for connecting smartphones, or do you also have laptops and iPads in the mix? Either way, most routers should do the job. If you need a router for sharing wired Internet to multiple PCs, then you must look for more Ethernet ports.

Devices you will use and their Wi-Fi type specifications: Are all your devices supporting Wi-Fi N? Or you need to pick a router with Wi-Fi ac support? These factors are important while deciding which type of router to pick.

Now that you know what your unique situation is, here are the points that state the parameters you can use to select the ideal router for your home or workplace.

Most recent devices today use either Wi-Fi N or the newer Wi-Fi ac standard. The Wi-Fi ac, despite being a newer standard, thankfully, does have backward support for Wi-Fi N connections.

The more affordable routers today support Wi-Fi N with a few that support Wi-Fi ac. If you need basic web access on a phone or notebook, a Wi-Fi N router should suffice. But if you have a high-speed Fibrenet connection, the latest gaming laptop or a cutting-edge flagship smartphone, a Wi-Fi-ac model would be the best match.

Wi-Fi N has a maximum throughput (maximum supported speed) of 450Mbps-600Mbps (for each wifi connection) and supports four antennas only, while the newer Wi-Fi ac supports up to eight antennas and a speed of up to 1300Mbps (for each Wi-Fi connection). Wi-fi ac is designed to be a true 5GHz band while Wi-Fi N supports both.

Do you own a device that supports dual-band Wi-Fi? Then a dual-band router will be helpful for you. Most routers use the standard 2.4 GHz band (single band) which is actually relatively crowded as all wireless devices use that band. But there are some modern devices support 5GHz band, which is relatively unused but has a shorter range than the 2.4GHz. Notably, a dual-band router shares Internet on both 2.4GHz and 5GHz for better speed and range. While dual and triple band device may not help improve your existing network speeds they work better when you have a lot of devices connected to your router.

Wi-Fi N and ac have variations in their type of antennas. A single antenna of a Wi-fi N can get you a maximum speed of 150Mbps while a single Wi-Fi ac antenna can support speeds of 450Mbps.

From the above statements, we can say that more antennas will equal more speed and range. But there are some exceptions. Take the Mi Router 3c for example. This router has four Wi-Fi N antennas. You would think that it supports speeds of 600Mbps, but it only allows data transactions at 300Mbps.

This is because Xiaomi splits antennas based on their function. So, in essence, there are two antennas which receive signals, and the remaining two exist only to transmit the received signals. Therefore, the total speed remains the equivalent of a two antenna router.

Most router today ship with antennas that are rated at 5Db which give a sufficient range for most households and small office premises with up to two floors. But when there is a need for routers having even better range, say for a three-floor house or a place with a lot more obstructions caused by walls, there are high-powered 9Db antenna routers available.

Antennas in double band router: Now moving on to the incredibly confusing dual-band Wi-Fi ac routers. Dual-band routers allow different devices to access different speeds of data. Some devices (such as a notebook or PC) often use one stream of the Internet, while some other devices (like a smart TV or a game console) work on a different stream.

This is done to prevent a cluttering of requests from multiple devices and to improve range across bands. This enables faster connections for some devices.

Say an AC750 router which promises speeds of 750Mbps. First, the router will never share 750Mbps with a single device, the magic number of 750Mbps is achievable only in sharing the Internet connection at different speeds to multiple devices with distinct streams.

The AC750 router has three antennas which are split as follows:

There are two antennas that support just a single 2.4GHz band where each antenna will have a speed of 150Mbps, and the maximum speed is set at 300Mbps which can be used by a single device. Next, there is another single antenna which supports a single 5GHz band with a speed of 450Mbps.

Together all the three antennas deliver a speed of 750Mbps (150Mbps + 150Mbps + 450Mbps) where some devices can use a network having a speed of 300Mbps while other devices can simultaneously utilise the faster 450Mbps network. It is important to understand though no one device can capitalise on the entire 750Mbps.

Antennas in triple band router: Now that we understood about dual-band routers, let us look at triple-band routers. An example, to begin with, is an AC3200 router.

This router has three separate streams and a total of six antennas which are as follows:

There are three antennas that support a single 2.4GHz band at 200Mbps each (higher-end 2.4GHz antenna now supports 200Mbps instead of 150Mbps) which gives us a total speed of 600Mbps. The next three antennas work at 450Mbps each and create two separate 5GHz streams giving a maximum speed of 2600Mbps.

Together, we get one 2.4GHz stream and two separate 5GHz streams — bringing the total speed of the router to 3200Mbps. These three streams are separate but exist simultaneously.

In a work environment, you will surely need lots of wires to support multiple desktops. In such a scenario, lots of LAN (Ethernet ports) are needed. Routers, on an average, have at least four LAN ports (with 100Mbit speed). A few routers have USB ports also which can be helpful for sharing stuff between the devices connected via LAN.

QoS is a very obscure sounding feature, but let me assure it is very useful. Imagine a lot of your family members or friends are streaming data from the same Wi-Fi source. At times you might be the one stuck with all the buffering. Annoying, right? We know. This is where QoS comes into the picture. It allows the data you prioritise to take the resources appropriately. So in effect, you could allocate who gets how much traffic. It channels data into the applications you prioritise and shapes traffic. All in all, QoS is a nifty feature which comes in select routers. Make sure to choose a router that has the QoS feature.

Security is one of the most important features when it comes to routers. Almost all routers today will come with WPA2 security, which is sufficient for general usage. By activating and configuring the firewall features on newer routers you can rest assured of safety from the nefarious activities of the hackers.

However, some higher-end routers ship with enterprise-grade security and top-notch encryption service. Do not buy a router without WPA2 security and good firewall support. Also, make sure you keep a strong password (a mixture of alphabets, numerals and special characters) and do not share your passwords with outsiders.

Routers which have a minimum of one year warranty and have sufficient service centres are ones you should favour.

Router or a modem

Nowadays there are modems that have built-in router capabilities which are helpful. Do note modern Fibrenet Internet connections do not need a modem and can make do with just a router. Older BSNL broadband needs a modem (and router if you need to share that Internet).

We have broken down all the important specifications to look out for when buying a router. Hopefully, it has aided you in your mission for the ideal router tailored to serve all your requirements.

Have a query regarding routers? Drop us a line in the comments section, and we will get back to you.