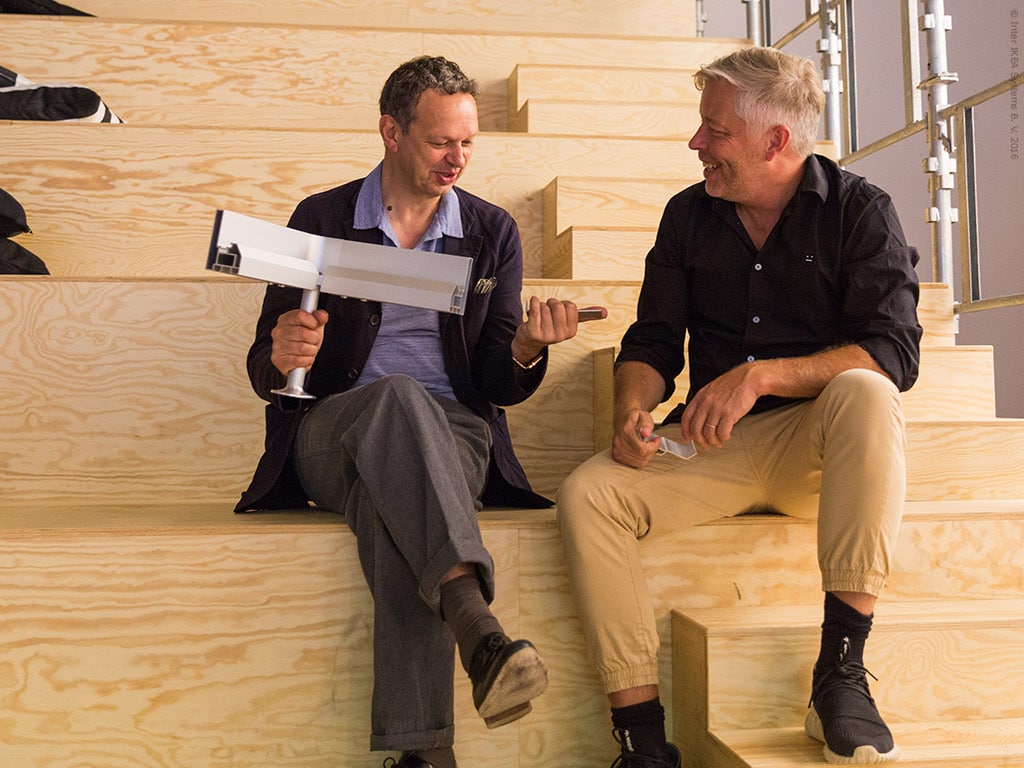 The Delaktig couch, result of a partnership with British industrial designer Tom Dixon and IKEA is about to hit stores in Europe. The couch is designed so that owners can customize as they please. Tom Dixon’s recent collaboration with Swedish furniture retailer IKEA might be one of his most fascinating: the design of a modular sofa with almost 97 combinations and configurations.

IKEA recently shared with Bloomberg that Delaktig include one, two, and three-seater couches; two different chaise lounges; back and arm rests; and lamp and side table attachments that could be assembled. The aluminium frame, open-source platform will become available in Europe in February and in the U.S. this summer or fall. Couches, chairs, and chaise come in three colour; light gray, dark gray, and dark blue.

The idea for Delaktig was partly inspired by the flourishing of websites geared toward the DIY hacking of IKEA furniture. The owner will get a sense of satisfaction and the high customisation possible is surely going to hit amongst consumers who keep changing the inhouse décor to give a new feeling. One could put on a lamp, a phone charger, a side table. You could raise or lower it or put it on wheels. It can easily go from being a student bed to a really posh couch and then back again when you have kids

In all, it encourages third-party add-ons and complementary products, redesign and adjustment. The sofa is built to last a long time and to serve multiple functions during its life-cycle, based on the needs of its owner, and the space it is to fill. The IKEA collaboration is an interesting move for Dixon, whose luxe-industrial aesthetic has primarily been aimed at clients with deep pockets. In contrast, Delaktig will be priced similarly to IKEA’s other mid-range sofas, with prices beginning at around $400.