Home Audience CIOs “From being a consumer of open source India is now a significant... 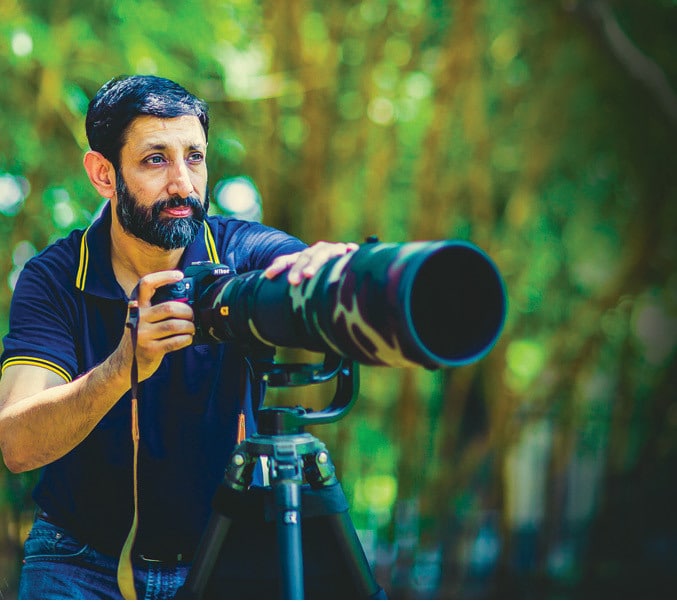 As I waited at the coffee shop to interview one of India’s pioneering open source experts in Gurugram (Gurgaon), a slim man walked towards me and with a pleasant smile, asked if I was Syeda Beenish from OSFY. As we chatted about technology and open source, I could sense that Kishore Bhargava, CEO, Linkaxis Technologies, and an early adopter of FOSS, was an excellent leader. He had no airs about him, and his deep understanding of technology left me spellbound. Over a cup of coffee, he recounted his journey in India’s software industry and talked about how open source has evolved in India. The excerpts…

The journey began with ‘What Next?’

The first time I came to know about open source seems like a long, long time ago. Let me take you back in time! Way back in late 1987, we managed to get access to ERNET (Education and Research Network, set up in 1986 by the then Department of Electronics). Apart from access, we also got so involved that we started helping the ERNET members by fixing issues for them. This was when we came to know that the global market was getting ready with a much more affordable, or rather, a free alternative to UNIX (a costly affair then). Linux, as it was called, excited us.

In fact, in 1991, I, along with three friends, who were all Linux enthusiasts, painfully managed to download the SLS 0.91, the first Linux distribution package onto 41 floppies. After downloading it, the first thing that came to our mind was, “What next?”

This question created a distance between me and Linux, as I did not know what to do with it. Years later, I was in the US attending a seminar where free copies of Slackware were distributed. On coming back home I realised the enormous potential and the possibilities it was open to. And since then, Linux has been an integral part of my life.

Though open source software excited me, we could not go along with it initially. But after my encounter with Slackware in 1994, there has been no looking back. I feel happy to be one of the very few early adopters of FOSS in India. But after tasting open source, I wanted others also to enjoy it and make use of the many benefits it offers. In fact, I feel it’s the efforts of many like-minded people that helped open source evolve from being considered a ‘strange thing’ to becoming mainstream.

I am a technology consultant with over 30 years of experience in the areas of communications, messaging solutions, application design and deployment, security systems and planning, and strategy. My core speciality lies in network architecture, security, unified messaging, project management, IT planning and strategy. I have successfully assisted several global corporations, as well as non-governmental organisations in defining their technology roadmaps and installing world-class solutions for their operations in India and globally. Needless to say, all of this was done using free and open source software and technologies.

My definition of open source: For me it will always be, “Show me the code.”

Favourite book: ‘The Art of Community’ by Jono Bacon

Past-time: I am an amateur photographer and love bird and wildlife photography. This pursuit takes me to some very interesting destinations.

Motivation: I am most motivated by helping others.

The need for events and a strong community

In the 1990s, open source was totally a new concept. The biggest teething issues included compatibility of hardware and software. To give you an example, to run Linux, you needed specific drivers as otherwise the modem would not be compatible. For a person like me who is a wildlife photographer, there were no good open source video editing or photo editing software. All this was hampering mass adoption.

In 2000, we initiated events like FOSS.In and Freed.In to create awareness in Bengaluru and Delhi, respectively. These events earned huge credibility and contributed a lot to the adoption of open source. FOSS.In emerged as a premier event with 3000 people attending this five-day event. For the first four years we focused on creating awareness and increasing the consumption of open source. The next six years went into channelising the contributions.

Open source is all about the community because, from the start, we saw like-minded people coming together to use it; so it acted as a knowledge or experience sharing platform. This is how the idea of having ILUGs (India Linux User Groups) came to our minds. There were already groups in different cities working in isolation, and it took us some time to bring them under one banner with state/city specific chapters.

For 15 years we nurtured the community, and then stepped back. The community changes every year as new talent keeps joining and contributing. The graph is only witnessing an upward trajectory. The community is still thriving; for instance, Python has a very active community today.

What is open source?

Let me clarify that Linux hit the Indian market when piracy was at its peak. So, the argument of it being free was of not much significance either to individual users or to enterprises. The only mantra that worked was the freedom it gave the consumers. All our efforts went into promoting ‘freedom’ and that’s how we came up with an event named Freed.In.

Also, open source is lot more than free code! It’s your code, your baby! One should understand that developers open source their projects because of the trust in the community. They keep on developing because they know that it is a good practice to develop along with people. This concept of the community in the open source world is so unique.

In fact, today the industry recognises open source as ‘the need of the hour’ and prefers to hire people with an open source background rather than those certified on proprietary technologies.

I am happy that I was among the founding members for ILUG-Bengaluru, ILUG-Delhi and ILUG-Goa. During this journey I also wrote a lot to spread the word about open source. Interactions with the media and TV appearances also helped in spreading the message. Though the efforts that went into this exercise did not bring immediate financial benefits, we all knew that continuous persistence would pay off, some day. My professional strength lies in conceptualising, installing and maintaining the technology infrastructure of large, multi-locational organisations with open source in the background.

What keeps me motivated is the act of helping others. I believe knowledge should be shared. By sharing knowledge it does not get diminished; rather, it only expands. And open source software does exactly that – it shares knowledge and helps others.

My hobbies include wildlife photography and coffee brewing. These two things keep adding flavour to my life.

The one book I always recommend is ‘The Art of Community’ by Jono Bacon. Open source is more about the people than it is about the technology. I also recommend ‘Revolution OS’ and ‘The Code’, two very well-made documentaries on the subject.

For me, open source will always be what Linus Benedict Torvalds, the creator of the Linux kernel once said, “Talk is cheap. Show me the code.” It is very interesting to know that in the 90s India started out as a consumer of open source software and became one of its largest consumers by the 2000s. Today, India is a significant contributor to the world of open source, and I am glad to have witnessed and participated in this transition. For India, there’s no more ‘talking’; it is all about the code now.

So the journey that began with ‘What next?’ (ending with a question mark) has now reached a point where ‘What next!’ ends with an exclamation mark.