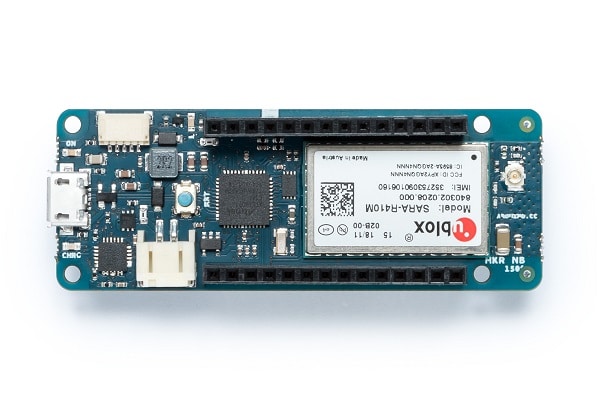 In order to help engineers developing industrial IoT applications with better IoT connectivity, MKR 1010 and MKR NB 1500 – two wireless connectivity boards have been launched, thanks to Arduino, an open source hardware, software and content platform. These boards are based on the latest narrowband IoT standard – a technology considered to be providing hassle free IoT connectivity.

An evolution of the existing Arduino MKR 1000, MKR 1010 board offers low power consumption compared to its former version. Its design enables it to speed up and simplify the prototyping of WiFi-based applications. Also, the design helps the board to be embedded in production IoT applications requiring WiFi connectivity.

MKR NB 1500, the other connectivity board launched, employs the new low-power narrowband IoT (NBIoT) standard which has been designed to work over cellular/LTE networks. This board has the potential to serve well for applications in remote areas like on-field monitoring systems and remote-controlled LTE-enabled modules. Designed for global deployment, it supports transmissions via AT&T, T-Mobile USA, Telstra and Verizon over the Cat M1/NB1 deployed bands 2, 3, 4, 5, 8, 12, 13, 20 and 28.

Speaking about the new connectivity boards, Fabio Violante, CEO of Arduino, said: “MKR 1010 has been released based on feedbacks from our customers to make it suitable for a variety of use cases that are difficult to support with other products.”

“NB-IoT and CAT M1 are gradually becoming a reality in many countries in the world. With MKR NB 1500 we wanted to create a standard technology to democratize the access to the new networks, enabling our customers to take advantage of the same,” he added.

It is compatible with Arduino IT cloud, offering simple migration from other Arduino boards. It uses open-source WiFi firmware, making it easy to reprogram for upgrading or repair security flaws. It has two standalone programmable processors – the first based on ARM processor core technology and the second based on a dual-core Espressif IC. These processors make the board more efficient making it able to distribute workload across them.

The new boards have lot in common

Both of the new boards are fully compatible with the Arduino Uno, Mega and existing MKR boards. Also, common to both is their MKR footprint as well as the same wide range of available interfaces, including I2S, I2C, UART and SPI. Both boards operate at 3.3V and offer input/output options including 22 digital I/Os – 12 with PWM outputs and seven analog inputs.

The firmware of the WiFi part for both the boards is open-source, opening new scopes for continuous improvements and contributions from the community. Both these boards will be available for purchase from June 2018.