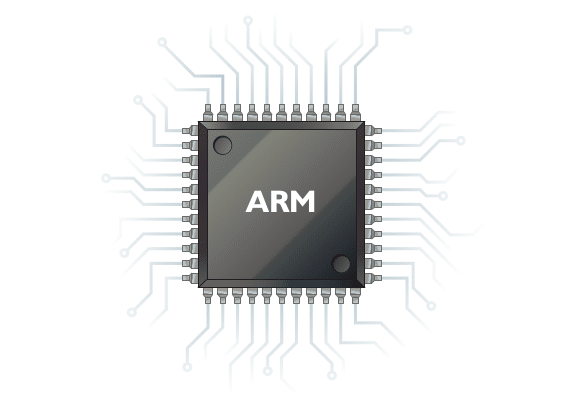 The use of ARM processors is widespread in mobile phones, with around 80 per cent of today’s mobiles having at least one ARM processor. The ARM environment can also be created in Linux machines through a virtual machine using chroot, QEMU and Linaro. Let’s see how…

If you want to get your hands on ARM architecture or are interested in debugging ARM code, then you probably would be wondering how you could create an ARM environment (or use the ARM toolset) inside an Intel x86 or x64 architecture. This article will explain how this can be achieved by using QEMU, chroot and Linaro.

Almost 80 per cent of all mobile devices we use today have at least one ARM processor as part of the hardware. The ARM processor is a CPU built on the RISC-based architecture developed by Acorn Computers in the 1980s, and is now developed by Advanced RISC Machines (thus ARM).

The use of the ARM processor is very widespread and is not limited to mobile devices. It is also being heavily used as a processor for smart TVs, set-top boxes, IoT devices and most other embedded devices. If you develop applications for an ARM architecture-supporting OS or are learning ARM architecture fundamentals, the chances are that you will want to create a virtual environment of the ARM processor on your Linux system which is probably running on an Intel x86/x64 processor. Learning or being familiar with ARM is a great investment in your future; so without wasting more time, let’s get started.

Creating a chroot environment for ARM

In general, chroot is only capable of creating virtual environments of the same architecture distributions. For example, you can only create a Debian x86 system inside the x86 host system. So, to successfully create an ARM system, we need to use QEMU, which is capable of providing successful emulation for a number of ARM platforms.

Note: I am using Ubuntu 17.10(x64) as my host system. But all the steps remain the same for any other distro or architecture.

As mentioned earlier, we need to use QEMU for creating a cross-platform chroot environment. You can install QEMU and some other required packages using the following command:

binfmt-support is a kernel module that will help us execute the binary packages of the ARM architecture. If you want to be able to cross-compile packages using your host computer to build code that will run on the simulator, you’ll need to install the GCC packages, as follows:

Downloading the base ARM system

First, you need to install debootstrap for downloading the Debian ARM system, as follows:

Here, armDebian is the directory inside which you need to install the system and stretch is the Debian flavour you have to use. It may take a little time to download and configure the system with the above command but once complete, you can start chrooting inside it.

Before chrooting inside armDebian you need to mount a few things inside that environment to make it work properly. It’s better to put those commands on a script so that every time you want to chroot, you can just run the script.

Once you have created this script, just change its permissions and run it using the following commands:

Here, runArm.sh is the name of the script. Now you are inside a minimal ARM based system. The first thing that you should do inside the system is to update and install the few required packages like gdb, Python, etc.

ARM systems don’t require BIOS for their functionality since the bootloader is directly installed on hardware. They have U-boot installed as their bootloader. If you want to play around with U-boot or want a full ARM environment, then you cannot do that in chroot. For that, you need to install it inside a full virtual environment like QEMU to get the booting process. We will look into how to do that using the Linaro toolchain next.

We can use the Linaro tool to set up an ARM VM and save ourselves from chroot and cross-compilation work. For this method, too, you need to install QEMU and the other required packages, as follows:

Add Linaro’s repository, containing its tools and a more recent version of QEMU. After that, install the Linaro image-tools, as follows:

For cross-compile support, again use the following command:

Downloading and configuring the packages

Now, let’s download the Linaro release and hardware pack to run the VM:

Booting up the VM

Now extract the kernel and initrd using the following command (you can also do that manually):

Copy boot for booting the VM:

You will end up with a number of images in .boot:

Copy the original VExpress images, vmlinuz.* and initrd.*, somewhere where you plan to keep your VM.

This will open the window where your ARM based VM is booting, like any other normal operating system.

After starting the machine, you should end up with a Linux shell in the QEMU window after some startup time.

Installing the required packages inside the VM

You now need to configure the VM for your general use. First install some common packages, as follows:

You can also connect to this VM using ssh in future. For that, start the ssh service and set the root password using the passwd command.

Our complete virtual environment is now ready. You can use it in the same way you use any other Linux distro for development or general purposes.