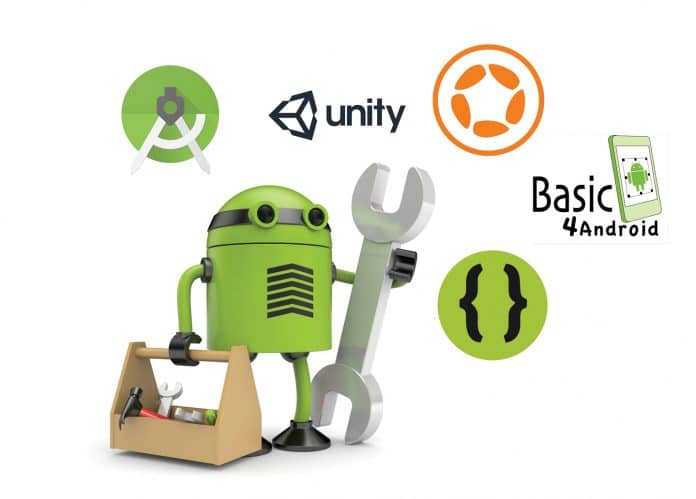 The popularity of the Android OS has soared with smartphones and handheld computing devices becoming mainstream. While Android is a Linux OS, it is flexible enough to have developer tools based on Windows. This article discusses a few important Android developer tools for Windows.

Android is a Linux based OS designed primarily for touchscreen mobile devices such as smartphones and tablets. It goes without saying that the operating system has developed a lot in the last 15 years, and has perhaps become the most popular OS for mobile phones.

Here are some of the basics of Android applications:

A few basic features of Android are:

Android developer tools based on Windows

There are many developer tools available for developing Android apps. This article will talk about the important and easily available ones for Windows.

Android Studio was launched on May 16, 2013, at the Google I/O conference. This is the official IDE for building Android apps. It is built on IntelliJ IDEA (developed by JetBrains) and specially designed for Android development. It can be considered a replacement for Eclipse ADT (Android Development Tools).

The features made available by this tool are:

This is a cross-platform game engine developed by Unity Technologies. Of course, it is also a 3D engine and a physics engine that handles the laws and behaviour of various game objects. It also handles the rendering of graphics, lighting and physics such as gravity and momentum. It may even have some game play elements included.

Unity 3D is the first recommended Android developer tool that doesn’t come pre-installed with Android Studio. It is a game engine and IDE for cross-platform game development. It is easy to learn and comes with a large variety of features for game development. While it’s possible to create a game with Android Studio, Unity lends itself to that kind of work much more readily and will save you considerable amounts of time and a lot of headaches. You can even use it to create virtual reality apps for Daydream.

Android Development Tools (ADT) is a discontinued Google-provided plugin for the Eclipse IDE that is designed to provide an integrated environment in which to build Android applications. ADT extends the capabilities of Eclipse to let developers set up new Android projects, create an application UI, add packages based on the Android Framework API, debug their applications using the Android SDK tools, and export signed (or unsigned) apk files in order to distribute their applications. It is freely available to download. It was the official IDE for Android but was replaced by Android Studio (based on IntelliJ IDEA Community Edition). ADT has been officially deprecated since the end of 2015, and now Google is focused on Android Studio as the official Android IDE. The Android Device Monitor that shipped with ADT was built on the Eclipse platforms.

Crashlytics launched Fabric, which is an expansion of functionality into mobile app analytics, beta distribution, and user identity and authentication. Fabric was the first modular SDK platform, which allowed developers to pick and choose which features they needed while being guaranteed ease of installation and compatibility across all. By further tying distribution of MoPub (mobile advertising) and TwitterKit (log in with Twitter and tweet display functionality) to Fabric/Crashlytics, Twitter was able to take advantage of Crashlytics’ large adoption and device footprint to rapidly scale usage of its own mobile developer products. Because of the decision to build on top of Crashlytics, Fabric reached active distribution across 1 billion mobile devices just eight months after its launch.

In short, B4A is a convenient IDE and interpreter, which enables you to create your app in a simpler procedural programming language.

This is a cross-platform framework focused on 2D game development; however, it can be used to create other types of apps. The Corona SDK uses Lua, a programming language that is supposedly super easy to learn. It also provides a real-time simulator to test your apps. Created by Corona Labs, it is a free tool that allows you to publish on Android and other mobile platforms such as iOS, Kindle and Windows.

Apart from the above tools, there are many others that are suited for particular tasks such as game application, testing or debugging.