The use of IDEs has become a part of the best practices adopted for developing software applications. IDEs can greatly enhance the coding experience and aid the coding process for software development by providing various facilities like code assist and debugging.

An IDE (Integrated Development Environment) is used to develop software applications. It can completely change the coding experience for a developer while creating a software application, yet we often do not realise the significance of its role. It facilitates coding by providing different features like intelligent code auto-completion, debugging, refactoring, source control, etc. All these save developers from doing mundane tasks and hence saves them time as well. IDEs optimise the software development work by automating different recurring tasks and simplifying the initial processes.

An IDE is a set of tools integrated together to increase the productivity of software programmers. It generally includes a text editor that is used for programming, different functions that allow us to start the linker or compiler to translate the application source code into a machine readable binary set, and an online debugger that allows developers to run the current program, line by line. All software developers generally need these tools; hence, they are integrated together to optimise them. They have become very popular in business with particular IDEs designed by Google, Microsoft and Amazon to support their internal needs and adapt to their specific languages.

Now let us consider some open source IDEs that are popular among developers working on Windows.

This is a widely used free and flexible open source IDE that is useful for both beginners and professionals. Originally, Eclipse was a Java environment, but now it has got a wide range of capabilities because of the availability of a large number of extensions and plug-ins. Apart from various debugging tools and CVS/Git support, the standard edition of Eclipse also comprises Java and plugin development tooling. That’s not all — there are plenty of other packages available like tools for modelling, charting, testing, reporting and building GUIs. It has also got a marketplace named the Eclipse Marketplace Client that gives its users access to a large treasure trove of information and plugins supplied by an expanding community of developers.

Drawbacks: All of us know that Eclipse is very versatile, but it has got multiple options that may be intimidating to newcomers. At times, it becomes challenging to add external plugins to Eclipse in order to utilise the features supported by that plugin.

This is another free and open source IDE that is ideal for editing any existing project or even starting a project from scratch. NetBeans provides a simple drag-and-drop interface that is equipped with many convenient project templates. It’s primarily used to develop Java applications, but various packages or bundles that support other languages as well can be downloaded.

Drawbacks: Some NetBean’s users have reported that it requires a lot of memory; so it is possible that it may perform sluggishly on machines without enough memory.

Code::Blocks is one of the popular open source IDE options available for developers working on Windows, Linux and Mac. It is a highly customisable IDE that performs consistently across all the platforms; so it is really great for developers who frequently switch their workspaces from one platform to another. The plug-in framework supported by Code::Blocks lets its users tweak it as per their needs and requirements.

Drawbacks: Although Code::Blocks comes with a list of features, it is a comparatively lightweight IDE. It is not suitable for larger projects. It is indeed a great tool for beginners, but advanced coders may find it a bit frustrating because of its limitations.

Aptana Studio3 is possibly one of the most powerful open source IDEs available in the market. It is a massive improvement over all its predecessors. As Aptana Studio 3 supports most browser specifications, the compatibility challenges associated with it are minimal. Hence all its users can quickly develop, test and then deploy Web applications from this single IDE itself.

Xcode IDE is actually the free, open source part of Xcode. We all know Xcode as a collection of tools for making various applications for Apple devices such as the iPhone, iPad and Mac. The integration of Xcode with Cocoa Touch helps application development in the Apple environment, and we can also enable services like Passbook or Game Center with a single mouse click. The built-in communication feature available with the developer’s website helps its users produce fully functioning applications on-the-fly.

Drawbacks: We need an Apple machine to run Xcode, and also need a developer’s licence in order to upload any developed application to the Apple Store. 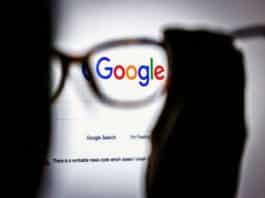 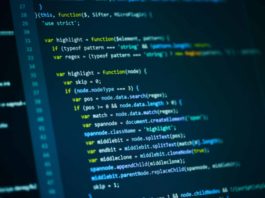 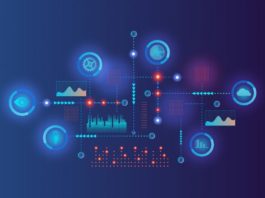