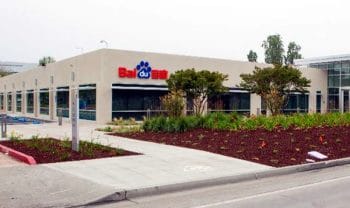 With OpenEdge, developers can build their own edge computing systems and deploy them on a variety of different hardware. These locally deployed systems will automatically be enabled with important features such as artificial intelligence, cloud synchronization, data collection, function compute and message distribution, Baidu said.

Watson Yin, vice president and general manager of Baidu Cloud, said that the growth of IoT devices and AI is leading to greater demand for edge computing.

“Edge computing is a critical component of Baidu’s ABC (AI, Big Data and Cloud Computing) strategy. By moving the compute closer to the source of the data, it greatly reduces the latency, lowers the bandwidth usage and ultimately brings real-time and immersive experiences to end users. And by providing an open source platform, we have also greatly simplified the process for developers to create their own edge computing applications,” Yin added.

OpenEdge is provided under the Apache-2.0 license.

The BIE platform underpinning OpenEdge offers a cloud-based management suite to manage edge nodes, edge apps, and resources such as certification, password, and program code. This means that BIE installed applications will be able to take advantage of both cloud reliability and edge locality.

BIE also works seamlessly with Baidu Cloud and supports models trained on mainstream AI frameworks such as PaddlePaddle and TensorFlow.  This means that developers can train their AI models on BIE and then deploy them on local devices.

The BIE-AI-Board can be installed on devices such as drones, robots and cameras, and perform a variety of detection tasks, the company added.

According to Gartner, the cloud computing market is projected to be worth $441 billion by 2020. Microsoft Azure and Amazon Web Services are also investing heavily in edge computing.