Mapzen is used by organizations such as Snapchat, Foursquare, Mapbox, Eventbrite, The World Bank, HERE Technologies, and Mapillary. 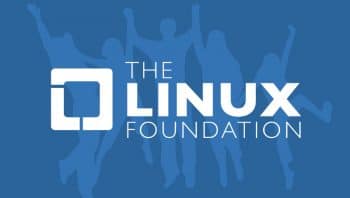 Mapzen, an open source mapping platform focused on the core components of map display including search and navigation, is now a part of the Linux Foundation project.

Mapzen provides developers with open software and wide-ranging data sets that are customizable and easy to access. It was launched in 2013 by mapping industry veterans in combination with urban planners, architects, movie makers, and video game developers.

With Mapzen, developers can take the open data and build vibrant maps equipped with search and routing services, augment their own libraries and also process data in real-time. It is used by organizations such as Snapchat, Foursquare, Mapbox, Eventbrite, The World Bank, HERE Technologies, and Mapillary. This is not possible with conventional mapping or geotracking services.

Randy Meech, former CEO of Mapzen and current CEO of StreetCred Labs, said, “Mapzen is excited to join the Linux Foundation and continue our open, collaborative approach to mapping software and data. Shared technology can be amazingly powerful, but also complex and challenging. The Linux Foundation knows how to enable collaboration across organizations and has a great reputation for hosting active, thriving software and data projects.”

Jim Zemlin, Executive Director at the Linux Foundation commented, “Mapzen’s open approach to software and data has allowed developers and businesses to create innovative location-based applications that have changed our lives. We look forward to extending Mapzen’s impact even further around the globe in areas like transportation and traffic management, entertainment, photography and more to create new value for companies and consumers.”

Mapzen’s open resources and projects are used by developers to create their own applications or integrate them into other products and platforms. As Mapzen’s resources are all open source, developers can easily build platforms to their liking without the restrictions of data sets put in place by other commercial providers.

Simon Willison, Engineering Director at Eventbrite, said, “We’ve been using Who’s On First to help power Eventbrite’s new event discovery features since 2017. The gazetteer offers a unique geographical approach which allows us to innovate extensively with how our platform thinks about events and their locations. Mapzen is an amazing project and we’re delighted to see it joining the Linux Foundation.”

Matt Kamen, Senior Vice President of Engineering at Foursquare, also extended his support to Mapzen in its new journey with the Linux Foundation.

“We support Mapzen in its mission to offer open source geolocation technology for developers and organizations around the globe, and we’re happy to see that they’ve joined the Linux Foundation,” he said.

In addition to neutral governance, the Linux Foundation said it will align resources to advance Mapzen’s mission and further grow its ecosystem of users and developers.