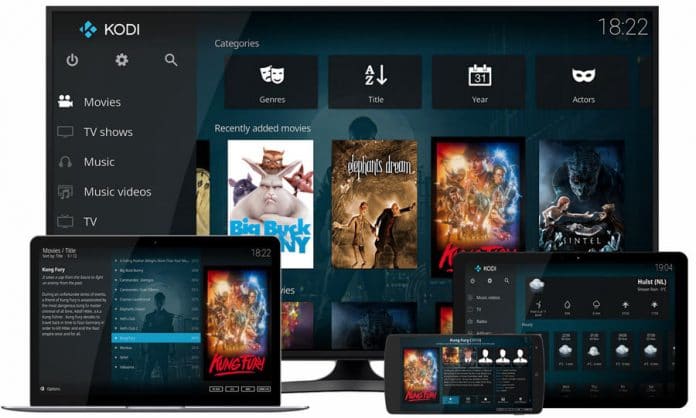 A media server is simply a device that stores and shares media – audio, video, photos, books, etc. This broad definition covers a wide range of devices that can be called media servers. This article lists the top ten media server software of 2018.

In the Internet era, which is defined by online communications, the media server plays a significant role by providing a base for storing and sharing media files. It is responsible for the hardware as well as software aspects of successful storage and retrieval of files, as well as media file and data sharing. A media server can be any device with network access and adequate bandwidth for sharing and saving media files. A server, PC, NAS (network attached storage) or any device with storage capacity can be termed a media server.

A media server can be further described as follows:

This article lists the top open source media server software, providing a one-stop guide to choose the best of the best based on individual requirements and media management capabilities.

Kodi, previously known as XBMC, is free and open source media server software developed by the XBMC Foundation. It supports multiple operating systems and hardware platforms to store all digital media files in one place, and manages with the ‘10-foot UI’ (a GUI designed especially for televisions, and uses text and other interface elements which are much larger in order to be read from a typical television viewing distance of 3 metres or 10 feet). The core code is written in C++, with modified versions of Kodi-XBMC with JeOS. It can be used as a software appliance suite or framework in numerous devices like media players, NAS, smart TVs, set-top boxes and even embedded devices like Pi, Pine 64, etc. Kodi supports many common audio, video and image formats, playlists, audio visualisations, slide shows, weather forecasts and third-party plugins.

As a media streamer, Kodi relies mostly on add-ons, which essentially function as apps on a device such as a Roku or Apple TV.

There are many versions of Kodi, a few of which are listed below.

Plex Media Server was originally called Plex Media Center and was based on Kodi, formerly known as XBMC. Plex transforms the media library by adding metadata like cover art and IMDb results to enhance your viewing experience. Plex also transcodes on the fly, and automatically adjusts its performance and quality for the available bandwidth.

Emby is open source, powerful and cross-platform media server software with features and a user interface similar to Plex. It features a REST based API with built-in documentation to facilitate client development. The Emby media server is available for multiple operating systems like Windows, Linux, Mac OS, Docker and FreeBSD. It is also available on Amazon Fire TV, Apple TV, Chromecast, Raspberry Pi, and even game consoles like the PlayStation 4 and Xbox One. Emby also has the benefit of third-party support, with a few apps available in the store. The best of these is, probably, Ember.

Emby offers centralised database management, which can be accessed through a Web based management tool. The Emby database manager offers a few more features than what you see in Plex. One of the best methods to manage a multimedia database in Emby is through the built-in Metadata Manager. This lists all the graphical icons of the user’s movies and shows, indicating what metadata (images, trailers, sub-titles, etc.) might be missing.

MediaPortal is an open source media server player-cum-digital video recorder with an interface and features similar to Kodi. It uses the ‘10-foot UI’ for all media functionalities like playing, pause, recording and other utilities.

MediaPortal also allows you to record, watch and timeshift Live TV, record video, listen to your favourite radio stations (local radio stations using the FM tuner of your capture card), and play any movie your PC has a codec for (DivX, MPEG or Matroska). All your movies will be stored in Media Portal’s video database. It includes support for multiple tuners and an advanced TV Guide based on XMLTV.

It was primarily designed for the Windows OS and the source code was mainly taken from XBMC (Kodi).

OpenELEC (Open Embedded Linux Entertainment Centre) is an open source, powerful Linux-based embedded operating system specifically designed to run Kodi. It is based on JeOS (just enough operating system). The idea behind OpenELEC is to allow people to use their home theatre PC (HTPC) like any other device that one might have attached to a TV, such as a DVD player or Sky box. Instead of having to manage a full operating system, one can configure OpenELEC and install the packages required to turn it into a hybrid media centre. OpenELEC is designed to be simple to install, manage and use, making it more like running a set-top box than a full-blown computer.

OpenELEC is an extremely small and very fast-booting Linux based distribution, primarily designed to boot from a Flash memory card such as CompactFlash or a solid-state drive, similar to that of the XBMCbuntu.

OpenFLIXR media server is an open source, virtual, flexible, energy-efficient and feature-packed all-in-one media server for automated downloading and the serving of media. OpenFLIXR focuses on automation, and its objective is to provide an all-in-one solution. Its software automatically downloads, installs and updates select programs.

This home media server is a combination of all well-known open source projects out there, including Plex Media server (that organises movies, series, music and pictures, and streams them), Ubooquity (that serves comics and ebooks), and a Web based reader. It also supports other tools for additional services — CouchPotato, SickRage, Headphones and SABnzbd — to enhance the user experience.

All programs are optimised to work together so it takes very little time to set it up. Being a virtual appliance, OpenFLIXR allows you to run it on any platform. The only thing you need is a hypervisor like VirtualBox (open source), VMware Fusion/Workstation/Player/ESXi, Parallels Desktop, KVM/unRAID or Microsoft Hyper-V.

OSMC is a simple, full-featured, easy to use, open source and highly intuitive media server-cum-media streamer software based on Kodi and Debian. It is licensed under version 2 of the GPL, which gives anyone power to use it freely and to make any changes to the code. OSMC can play all major media formats and supports a variety of sharing protocols to be able to stream from other devices. It can stream media and serve files to other devices as well.

It also offers paid hardware kits and other accessories to enhance the OSMC user experience such as the Vero 4K, which supports 4K, HEVC, 10-bit content and HD audio.

Gerbera is a powerful, lightweight, feature-rich and open source UPnP media server software built on MediaTomb. It allows users to stream digital media (videos, images, audio, etc) through a home network and consume it on different types of UPnP compatible devices, ranging from mobile phones to tablets and more.

Gerbera automatically extracts metadata from a user’s music files. When combined with the power of JavaScript, the layout of the collection as per user requirements can be created on all devices.

Red5 is an open source media server that supports all kinds of live streaming. The software has a flexible design and supports many plugins which enhance its capabilities. It’s designed in Java and provides compatible services like Adobe Flash Media Server and Wowza Streaming Engine.

Apart from Flash, Red5 supports HLS, WebSockets and RTSP. It provides strong support for WebRTC to enable streaming in the browser without a plugin.

Universal Media Server is an open source and powerful media server providing a stable and reliable interface to end users. The software can be easily configured to run on any PC or NAS open source software with a simple series of steps. Universal Media Server has strong support from developers who keep it up-to-date with new features, while performing bug fixes. The program streams or transcodes video, audio and image formats with little or no configuration.

It’s powered by FFmpeg, MEncoder, tsMuxeR, MediaInfo, OpenSubtitles and more, which combine to offer support for a wide range of media formats.