The move from intent-based networking to increasingly autonomous, self-driving networks is one of the significant changes in the networking space. 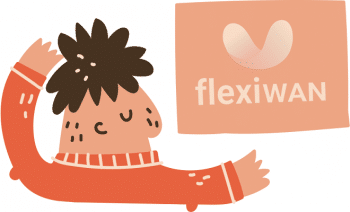 Israel-based startup flexiWAN is pioneering the second wave of SD-WAN by offering an open source SD-WAN architecture that promises to solve some of the problems created by the crowded SD-WAN market today.

The beta software is available now to enterprises and service providers for private POCs.

The closed nature of current SD-WAN is a major concern for enterprises and service providers. Existing SD-WAN closed black box solutions limit the ability of IT managers to control their networks, select the elements and technologies that comprise the SD-WAN they deploy and limit the differentiation service providers can offer to their customers.

flexiWAN comes to solve this problem by offering a centrally managed comprehensive SD-WAN open source solution that includes integration points in the core of the system that allow for 3rd party logic to be integrated in an efficient way.

Through this, enterprises and service providers have the option to manage and control their networks and the way traffic/applications (including proprietary ones) are handled.

“flexiWAN is working with select enterprises and MSPs who have received early access to the system and joined the community supporting the flexiWAN project,” said Amir Zmora, CEO and co-founder of flexiWAN.

“We are now onboarding more companies to our community, giving them early access to flexiWAN, prior to the general availability planned toward the end of 2019,” he added.

The impact of open source

Open source had a tremendous impact on operating systems and databases. Over the past 20 years, every area of IT has been radically transformed accept for networking. With networking becoming all software, it is also likely to join the open source community in a bigger way.

Experts say networking technologies will continue to evolve. The move from intent-based networking to increasingly autonomous, self-driving networks is one of the significant changes in the networking space.

“By offering an open source SD-WAN architecture, flexiWAN is giving enterprises and service providers the opportunity to control not only the functionality of their SD-WAN system but also the elements that comprise it,” said Steve Garson of SD-WAN Experts.