The company is adding two new Google Cloud regions in Seoul, South Korea and Salt Lake City, Utah, USA. With these additions, Google Cloud will have a total of 23 global regions by 2020. 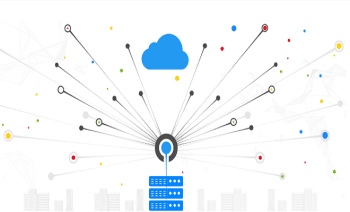 Google has announced strategic partnerships with seven leading open source-centric companies in the areas of data management and analytics. These include Confluent, DataStax, Elastic, InfluxData, MongoDB, Neo4j and Redis Labs.

Google says it believes in an “open cloud” and that “open source is the future of public cloud.”

The open-source database market is big and growing fast. According to SearchDataManagement.com, “more than 70 per cent of new applications developed by corporate users will run on an open source database management system, and half of the existing relational database installations built on commercial DBMS technologies will be converted to open source platforms or [are] in the process of being converted.”

According to Google, these new partnerships will enable its customers to “use open-source technology easily and in a cloud-native way by offering an elevated experience similar to Google’s native services.”

Bringing the best of open source to Google Cloud customers

Google will be offering fully managed services operated by these partners that are tightly integrated into Google Cloud Platform (GCP), providing a seamless user experience across management, billing and support.

These include a single user interface to manage apps (including the ability to provision and manage the service from the Google Cloud Console), unified billing (one invoice from Google Cloud that includes the partner’s service) and Google Cloud support (manage and log support tickets in a single window).

The search engine giant wants to make GCP the best destination for open source-based services. For this, it will work with its partners to build integrations with native GCP services like Stackdriver and IAM, validate these services for security and optimize performance for users.

Google hopes that this will make it easier for enterprise customers to build on open source technologies. 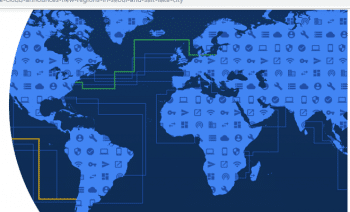 In three years, Google Cloud has opened 15 new regions and 45 zones across 13 countries.

The company has announced that it will be expanding its global footprint by adding two new Google Cloud regions in Seoul, South Korea and Salt Lake City, Utah. With these additions, Google Cloud will have a total of 23 global regions by 2020.

Seoul will be Google Cloud’s eighth region in Asia Pacific and will help serve both local customers and multinational customers doing business in South Korea. The Salt Lake City region will be the sixth region within the continental US and the third in the United States West, along with Los Angeles and Oregon. Salt Lake City is a hub for data center infrastructure and is known for its healthcare, financial services and IT industries.

“Customers can expect to use the Seoul region in early 2020, followed by the Salt Lake City region shortly thereafter. Each new cloud region is designed for high availability with three zones from the start and will include our portfolio of key Google Cloud Platform (GCP) products,” Google said.

Google is already planning to open the Osaka, Japan region to customers in the coming weeks while the Jakarta, Indonesia region is expected to be launched in the first half of 2020.