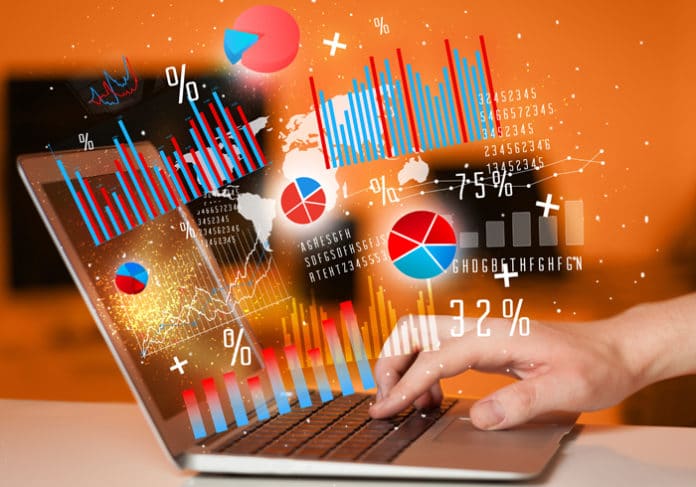 This article is to make readers aware about the top ten open source DevOps projects that are extensively used today. It is aimed at developers and DevOps engineers who use open source tools, so that they can improve their current software development life cycles.

As we know, DevOps is the new buzzword in the field of IT. It is nothing more than a software development practice that emphasises the collaboration and communication between software developers and IT professionals. It helps to cut down the development time and increases deployment frequency without compromising on quality. Let’s take a closer look at the top ten open source tools for DevOps.

Git is an open source, distributed version control system for tracking changes in source code during software development. Git was created for the development of the Linux kernel by Linus Torvalds in 2005, with other developers contributing to it initially. Git works on the client-server model. Each Git directory on each computer is a complete repository with full history and version tracking capabilities, independent of network access. In order to make source code accessible across the team, repositories need to be hosted on a hosting service, on which team members can push their work and go back to earlier versions if necessary. GitHub and Bitbucket are currently the two best online Git repo hosting services.

Jenkins is an open source automation server that can be used to automate all kinds of tasks related to software building, testing and deployment. Jenkins can be installed through native system packages, Docker or even run standalone on any machine with a Java Runtime Environment (JRE) installed.

The ELK stack (Elasticsearch, Logstash and Kibana) is the most popular open source log analytics solution. The stack helps you to collect logs from different services, applications, networks and servers, and store them in a centralised location for processing and analysis. Once logs are stored in the Elasticsearch index, you can use it for analytical purposes like monitoring services, application troubleshooting, security and audit purposes, business intelligence, application performance monitoring, etc. Let’s understand the role of the Elasticsearch, Logstash and Kibana stacks.

Elasticsearch: This is a highly scalable, open source, full-text search and analytics engine. It provides a distributed, multi-tenant-capable full-text search engine with a RESTful Web interface and schema-free JSON documents. Elasticsearch has been developed in Java, and is released as open source under the terms of the Apache licence.

Logstash: This is for centralised logging, log enrichment and parsing. By using Logstash, you can parse the field you’re interested in from the logs, and send it to the Elasticsearch index to save the records.

Kibana: Kibana is an open source data visualisation and analytics platform designed to work with Elasticsearch. You can use it to search and view the data stored in Elasticsearch indices. You can easily perform data analysis and create interactive dashboards to visualise your data in a variety of charts, tables and maps.

Ansible is an open source IT automation tool. It provides configuration management, infrastructure orchestration, task automation and more advanced IT tasks such as continuous deployments or zero downtime rolling updates. Ansible’s main feature is that it is agentless — no software or agent is installed on the client that communicates back to the server. Ansible is written in Python and uses YAML for playbook language, both of which are considered relatively easy to learn.

Kubernetes is an open source container orchestration system designed for the automation of deployment and scaling, as well as the management of containerised applications. It was originally designed by Google and is now maintained by the Cloud Native Computing Foundation. Kubernetes ranks No. 8 among the top open source projects on GitHub, based on the contributor count.

Nagios is one of the most popular free and open source DevOps monitoring tools. In case of failure, it can send alerts to the team, allowing it to fix the problem before outages affect business processes, end users or customers. Nagios stores the logs of events and failures, which helps to forecast outages and errors and detect security threats. It is flexible, supporting both agent-based and agentless architectures. Nagios has a huge community of supporters and contributors. You can use the existing thousands of plugins and add-ons. Nagios allows users to easily develop their own service checks depending on needs, by using their tools of choice (shell scripts, C++, Perl, Ruby, Python, PHP, C#, etc).

Docker is the leading open source container platform. It is designed to make it easier to create, deploy and run applications by using containers, which allow a developer to pack together an application with all of the parts it needs, such as source code and other dependencies. Multiple containers can run on the same machine and share the OS kernel with other containers, each running as isolated processes in the user space. Containers take up less space than VMs, can handle more applications and require fewer VMs and operating systems.

Gradle is an open source build automation tool. It has been designed to support build automation across multiple languages and platforms including Java, C/C++, Python and Groovy, and it has support for IDEs and CI tools such as Eclipse, IntelliJ and Jenkins. Gradle build scripts are written using a Groovy or Kotlin DSL.

Selenium is one of the most popular open source testing tools for Web applications. It was originally developed by Jason Huggins in 2004 for testing an internal project at ThoughtWorks.

Selenium supports automation testing of Web based applications and the largest browser vendors. It has five basic components — the Selenium IDE, Selenium Remote Control, Selenium WebDriver, Selenium Grid and the Selenium client API (introduced in Selenium 2). The Selenium IDE is the Firefox add-on for record-and-playback Web application tests. WebDriver directly communicates with the Web browser and uses its native compatibility to automate.

Puppet is an open core software configuration management tool. One of its main features is that the infrastructure can be managed as a code. Similar to Ansible, Puppet automates infrastructure provisioning, which allows for faster and safer deployment of applications and software.

Apart from these top of the list open source DevOps tools, there are many other open source tools too that are good choices like Vagrant, Apache Ant, Maven, Chef, etc.