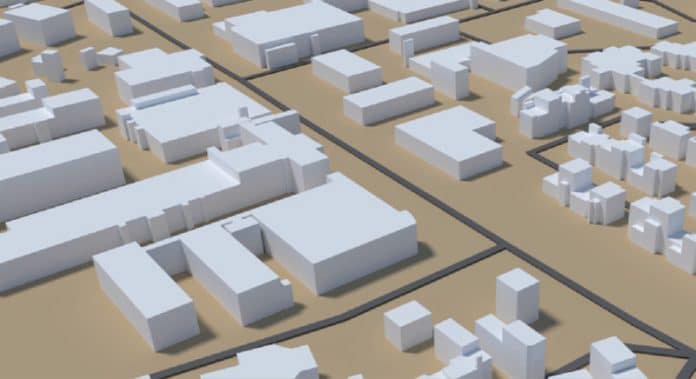 CupCarbon is a smart city and IoT wireless sensor network (WSN) simulator. It is a new platform for 2D/3D design, visualisation and the simulation of radio propagation and interferences in IoT networks. It is particularly relevant in India today, since the development of smart cities is a priority of the government.

It was a wide range of devices interconnected through wireless technologies that gave birth to the Internet of Things (IoT). A number of smart gadgets and machines are now monitored and controlled using IoT protocols. Across the world, devices enjoy all-time connectivity because of the IoT.

From the research reports of Statista.com, sales of smart home devices in the US went up from US$ 1.3 billion to US$ 4.5 billion, from 2016 to 2019. The Economic Times reports that there will be around 2 billion units of eSIM based devices by 2025. An eSIM enables subscribers to use the digital SIM card for smart devices and the services can be activated without a physical SIM card. It is one of the recent and more secure applications of IoT.

Beyond the traditional applications, IoT is being researched for purposes like monitoring the environment and providing prior notifications to regulating agencies so that appropriate action can be taken, when required. Reports from LiveMint.com indicate that the Indian Institute of Technology, New Delhi and Ericsson are partnering to tackle the air pollution in Delhi. News reports from Grand View Research Inc. indicate that the global NB (Narrow Band)-IoT market size is predicted to touch more than US$ 6 billion by 2025. NB-IoT refers to the radio technology standard with a low-power wide-area network (LPWAN) that enables wide scale coverage and better performance of connected smart devices.

Free and open source tools for IoT implementation
A wide range of free and open source simulators and frameworks is available to simulate IoT scenarios. These can be used for R&D so that the performance of different smart city and IoT algorithms can be analysed. Research projects for a smart city need to be simulated so that the citizen behaviour can be evaluated on multiple parameters before launching the actual IoT enabled smart city systems. 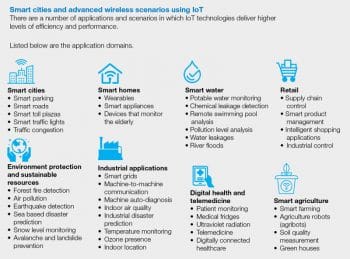 Installing and working with CupCarbon
CupCarbon (http://www.cupcarbon.com) is a prominent, multi-featured simulator that is used for the simulation of smart cities and IoT based advanced wireless network scenarios.

It provides an effective graphical user interface (GUI) for the integration of objects in the smart city with wireless sensors. The sensor nodes and algorithms can be programmed in the SenScript Editor in CupCarbon. SenScript is the script that is used for the programming and control of sensors used in the simulation environment. In SenScript, a number of programming constructs and modules can be used so that the smart city environment can be simulated.

Creating dynamic scenarios for IoT and smart cities using the CupCarbon simulator
The working environment of CupCarbon has numerous options to create and program sensors of different types. In the middle, there is a Map View, in which the smart city under simulation can be viewed dynamically.

The sensors and smart objects are displayed in Map View. To program these smart devices and traffic objects, the toolbar of CupCarbon provides the programming modules so that the behaviour of every object can be controlled.

Any number of nodes or motes can be imported in CupCarbon to program them in random positions. In addition, the weather conditions and environment factors can be added so that the smart city project can be simulated under specific environmental conditions. Using this option, the performance of the smart city can be evaluated under different situations with varying city temperatures.

The SenScript editor provides the programming editor so that the functions and methods with each sensor or smart device can be executed. This editor has a wide range of inbuilt functions which can be called. These functions can be attached to the sensors and smart objects in the CupCarbon simulator.

The markers and routes provide the traffic path for the vehicles in the smart city, so that these can follow the shortest path from source to destination, factoring in congestion or traffic jams.
On executing the code written in SenScript, an animated view of the smart city is produced, representing the mobility of vehicles, persons and traffic objects. This view enables the development team to check whether there is any probability of congestion or loss of performance. Using this process of visualisation, the algorithms and associated code of SenScript can be improved so that the proposed implementation performs better, with minimum resources.

In CupCarbon, the simulation scenario can be viewed like a Google Map including Satellite View. It can be changed to Satellite View with a single click. Using these options, the traffic, roads, towers, vehicles and even the congestion can be visualised in the simulation, for developers to get a sense of the real environment. 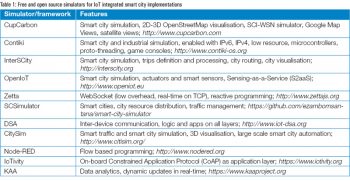 Simulating a smart city scenario using CupCarbon is always required to analyse the performance of the network that is to be deployed. For such evaluations of a new smart city project, key parameters like energy, power and security also need to be investigated. CupCarbon integrates the options for energy consumption and other parameters, so that researchers and engineers can view the expected effectiveness of the project.

Government agencies as well as corporate giants are getting involved in big smart city projects so that there is better control over the huge infrastructure and resources. Research scholars and practitioners can propose novel and effective algorithms for smart city implementations. The proposed algorithms can be simulated using smart city simulators and the performance parameters can be analysed.